19.1. Definition of oxidation state for carbon

So unlike metals, which are almost always in a positive oxidation state, the oxidation state of carbon can vary widely, from -4 (in CH4) to +4 (such as in CO2). Here are some examples.

(Don’t forget that this is called a “formalism” for a reason. The charge on the carbon is not really +4 or –4. But the oxidation state formalism helps us keep track of where the electrons are going, which will come in handy very soon).

You are undoubtedly already familiar with the general idea of oxidation and reduction: you learned in general chemistry that when a compound or atom is oxidized it loses electrons, and when it is reduced it gains electrons.  You also know that oxidation and reduction reactions occur in pairs: if one species is oxidized, another must be reduced at the same time –  thus the term ‘redox reaction’.Most of the redox reactions you have seen previously in general chemistry probably involved the flow of electrons from one metal to another, such as the reaction between copper ion in solution and metallic zinc:

When a carbon atom in an organic compound loses a bond to hydrogen and gains a new bond to a heteroatom (or to another carbon),  we say the compound has been dehydrogenated, or oxidized. A very common biochemical example is the oxidation of an alcohol to a ketone or aldehyde:

When a carbon atom loses a bond to hydrogen and gains a bond to a heteroatom (or to another carbon atom), it is considered to be an oxidative process because hydrogen, of all the elements, is the least electronegative.  Thus, in the process of dehydrogenation the carbon atom undergoes an overall loss of electron density – and loss of electrons is oxidation.

Hydrogenation results in higher electron density on a carbon atom(s), and thus we consider process to be one of reduction of the organic molecule.

For the most part, when talking about redox reactions in organic chemistry we are dealing with a small set of very recognizable functional group transformations.  It is therefore very worthwhile to become familiar with the idea of ‘oxidation states’ as applied to organic functional groups.  By comparing the relative number of bonds to hydrogen atoms, we can order the familiar functional groups according to oxidation state.  We’ll take a series of single carbon compounds as an example.  Methane, with four carbon-hydrogen bonds, is highly reduced.  Next in the series is methanol (one less carbon-hydrogen bond, one more carbon-oxygen bond), followed by formaldehyde, formate, and finally carbon dioxide at the highly oxidized end of the group.

This pattern holds true for the relevant functional groups on organic molecules with two or more carbon atoms:

Alkanes are highly reduced, while alcohols – as well as alkenes, ethers, amines, sulfides, and phosphate esters – are one step up on the oxidation scale, followed by aldehydes/ketones/imines and epoxides, and finally by carboxylic acid derivatives (carbon dioxide, at the top of the oxidation list, is specific to the single carbon series).

Notice that in the series of two-carbon compounds above, ethanol and ethene are considered to be in the same oxidation state.  You know already that alcohols and alkenes are interconverted by way of addition or elimination of water (for example in section 10.4.). When an alcohol is dehydrated to form an alkene, one of the two carbons loses a C-H bond and gains a C-C bond, and thus is oxidized.  However, the other carbon loses a C-O bond and gains a C-C bond, and thus is considered to be reduced.  Overall, therefore, there is no change to the oxidation state of the carbons considered together.

You should learn to recognize when a reaction involves a change in oxidation state of the carbons in an organic reactant. Looking at the following transformation, for example, you should be able to quickly recognize that it is an oxidation: an alcohol functional group is converted to a ketone, which is one step up on the oxidation ladder.

Likewise, this next reaction involves the transformation of a carboxylic acid derivative (a thioester) first to an aldehyde, then to an alcohol: this is a double reduction, as the substrate loses two bonds to heteroatoms and gains two bonds to hydrogens.

An acyl transfer reaction (for example the conversion of an acyl phosphate to an amide) is not considered to be a redox reaction – the oxidation state of the organic molecule is does not change as substrate is converted to product, because a bond to one heteroatom (oxygen) has simply been traded for a bond to another heteroatom (nitrogen).

It is important to be able to recognize when an organic molecule is being oxidized or reduced, because this information tells you to look for the participation of a corresponding redox agent that is being reduced or oxidized- remember, oxidation and reduction always occur in tandem! We will soon learn in detail about the most important biochemical and laboratory redox agents. 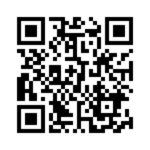