The carboxylic acid derivatives can be distinguished from aldehydes and ketones by the presence of a group containing an electronegative heteroatom – usually oxygen, nitrogen, or sulfur – bonded directly to the carbonyl carbon. You can think of a carboxylic acid derivative as having two sides. One side is the carbonyl group and the attached alkyl group: this is called an acyl group (in the specific case where R is a methyl group, the term acetyl group is used). One the other side is the heteroatom-containing group: in this text, we will sometimes refer to this component as the ‘acyl X’ group (this, however, is not a standard term in organic chemistry). 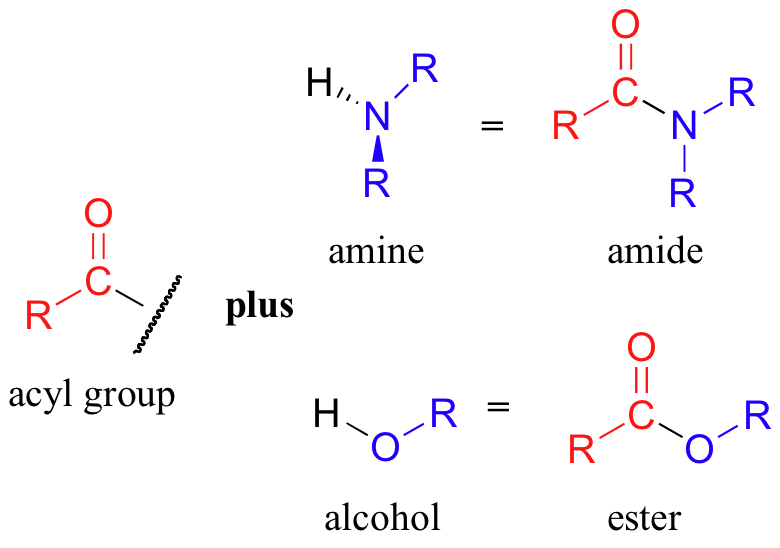 What is the ‘acyl X’ group in:

Here are some examples of molecules with carboxylic acid derivative groups. Acetylsalicylic acid, the analgesic medication commonly known as aspirin, contains a carboxylic acid and an ester.  The peptide bonds that link amino acids together in proteins are amides. 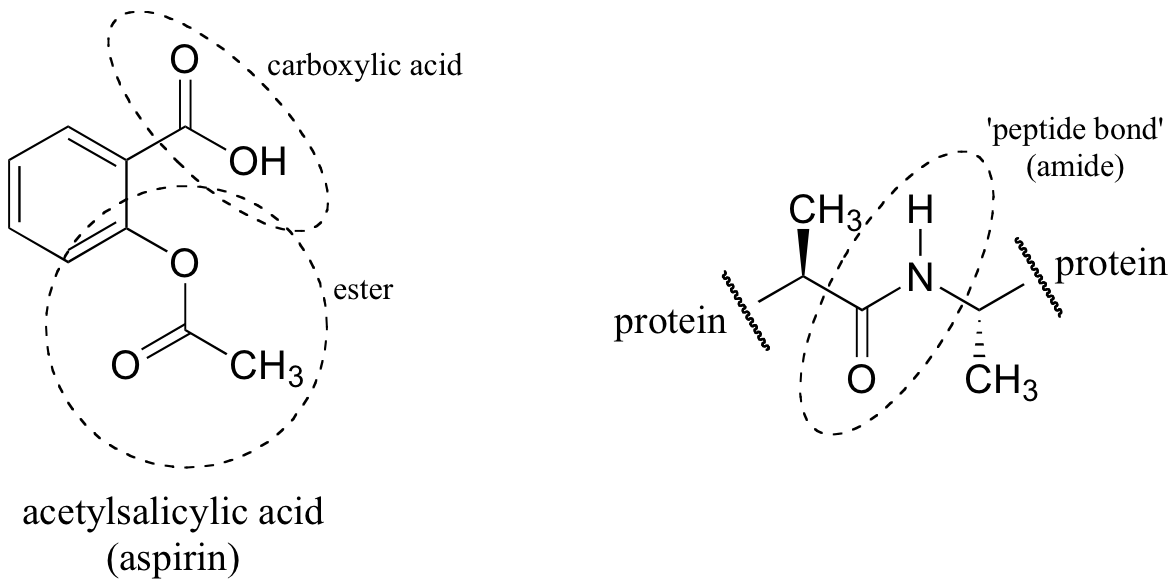 Soap is composed primarily of ‘fatty acid’ molecules, which are actually carboxylates with long carbon chains.  Stearate is a primary component in many kinds of soap.

Acetyl-CoA, a very important molecule in metabolism, is characterized by its thioester group (it also contains two amide groups – can you find them?).

B: The simple form of the nucleophilic acyl substitution reaction

The fact that the atom adjacent to the carbonyl carbon in carboxylic acid derivatives is an electronegative heteroatom – rather than a carbon like in ketones or a hydrogen like in aldehydes – is critical to understanding the reactivity of these functional groups.  Just like in aldehydes and ketones, carboxylic acid derivatives are attacked from one side of their trigonal planar carbonyl carbon by a nucleophile, converting this carbon to tetrahedral (sp3) geometry. In carboxylic acid derivatives, the acyl X group is a potential leaving group.  What this means is that the tetrahedral product formed from attack of the nucleophile on the carbonyl carbon is not the product: it is a reactive intermediate.  The tetrahedral intermediate rapidly collapses: the carbon-oxygen double bond re-forms, and the acyl X group is expelled.

Notice that in the product, the nucleophile becomes the new acyl X group. This is why this reaction type is called a nucleophilic acyl substitution: one acyl X group is substituted for another. For example, in the reaction below, one alcohol X group (3-methyl-1-butanol) is replaced by another alcohol X group (methanol), as one ester is converted to another.

Another way of looking at this reaction is to picture the acyl group being transferred from one acyl X group to another: in the example above, the acetyl group is being transferred from 3-methyl-1-butanol to methanol. For this reason, nucleophilic acyl substitutions are also commonly referred to as acyl transfer reactions.

When the incoming nucleophile in an acyl substitution is a water molecule, the reaction is also referred to as an acyl hydrolysis. For example, the following reaction can be described as the hydrolysis of an ester (to form a carboxylic acid and an alcohol).

We could also describe this reaction as the transfer of an acyl group from an alcohol to a water molecule.

In a similar vein, the hydrolysis of an amide to form a carboxylic acid could be described as the transfer of an acyl group from ammonia (NH3) to  water.

As we will see in later sections of this chapter the hydrolysis of esters and amides are particularly important reaction types in biochemical pathways. When your body digests the fat in a hamburger, for example, enzymes in your pancreas called lipases first catalyze ester hydrolysis reactions to free the fatty acids.

The relative reactivity of the carboxylic acid derivatives is an important concept to understand before entering into a detailed examination of nucleophilic acyl substitutions.  As a general rule, the carbonyl carbon in an acyl group is less electrophilic than that in an aldehyde or ketone.  This is because in carboxylic acid derivatives, the partial positive charge on the carbon is stabilized somewhat by resonance effects from the adjacent heteroatom.

Among the carboxylic acid derivatives, carboxylate groups are the least reactive towards nucleophilic acyl substitution, followed by amides, then esters and (protonated) carboxylic acids, thioesters, and finally acyl phosphates, which are the most reactive among the biologically relevant acyl groups.

The different reactivities of the functional groups can be understood by evaluating the basicity of the leaving group in each case – remember from section 8.3 that weaker bases are better leaving groups!   A thioester is more reactive than an ester, for example, because a thiolate (RS–) is a weaker base than an alkoxide (RO–).  In general, if the incoming nucleophile is a weaker base than the ‘acyl X’ group that is already there, the first nucleophilic step will simply reverse itself and we’ll get the starting materials back:

This is why it is not possible to directly convert an ester, for example, into a thioester by an acyl substitution reaction – this would be an uphill reaction.

Here’s another way to think about the relative reactivites of the different carboxylic acid derivatives: consider the relative electrophilicity, or degree of partial positive charge, on the carbonyl carbon in each species. This depends on how much electron density the neighboring heteroatom on the acyl X group is able to donate: greater electron donation by the heteroatom implies lower partial positive charge on the carbonyl carbon, which in turn implies lower electrophilicity.

The negatively charged oxygen on the carboxylate group has lots of electron density to donate, thus the carbonyl carbon is not very electrophilic. In amides, the nitrogen atom is a powerful electron donating group by resonance – recall that the carbon-nitrogen bond in peptides has substantial double-bond character – thus amides are relatively unreactive. Amides do undergo acyl substitution reactions in biochemical pathways, but these reactions are inherently slow and the enzymes catalyzing them have evolved efficient strategies to lower the activation energy barrier.

Carboxylic acids and esters are in the middle range of reactivity, while thioesters are somewhat more reactive. The most reactive of the carboxylic acid derivatives frequently found in biomolecules are the acyl phosphates. 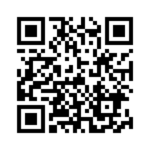