12. NOMENCLATURE FOR ALL FUNCTIONAL GROUPS 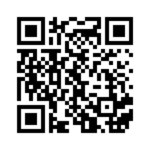 To avoid long and tedious names in normal communication, the official IUPAC naming recommendations are not always followed in practice, except when it is necessary to give an unambiguous and absolute definition to a compound. IUPAC names can sometimes be simpler than older names, as with ethanol, instead of ethyl alcohol. For relatively simple molecules they can be more easily understood than non-systematic names, which must be learnt or looked up. However, the common or trivial name is often substantially shorter and clearer, and so preferred. These non-systematic names are often derived from an original source of the compound. In addition, very long names may be less clear than structural formulae.