Business communication is held to a higher standard than everyday communication. The consequences of misunderstandings are usually higher and the chances to recognize and correct a mistake are lower. The barriers to communication and technique for improving communication are the same regardless of where the conversation takes place. 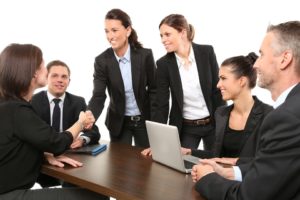 There’s a well-known expression that goes “It’s not what you say, it’s how you say it.” It’s really both.

A communication channel is the medium, mean, manner or method through which a message is sent to its intended receiver. The basic channels are written (hard copy print or digital formats), oral or spoken, and electronic and multimedia. Within those channels, business communications can be formal, informal, or unofficial. Finally, communications can be rich or lean. 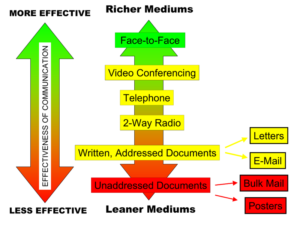 Oral channels depend on the spoken word. They are the richest mediums and include face-to-face, in-person presentations, mobile phone conferences, group presentations, telephone, video meetings, conferences, speeches, and lectures. These channels deliver low-distortion messages because body language and voice intonation also provide meaning for the receiver. They allow for immediate feedback of the communication to the sender. They are also the most labor-intensive channels in terms of the number of people involved in the transaction. Oral channels are generally used in organizations when there is a high likelihood of the message creating anxiety, confusion, or an emotional response in the audience. For instance, a senior manager should address rumors about layoffs or downsizing in face-to-face meetings with management staff. This allows the receiver (audience) to get immediate clarification and explanations, even if the explanation is a simple but direct: “At this time, I just don’t know.”

Oral communications are also useful when the organization wants to introduce a key official or change a long-established policy, followed up with a written detailed explanation. Senior managers with high credibility usually deliver complex or disturbing messages. For example, a senior manager will usually announce plans to downsize in person so that everyone gets the same message at the same time. This will often include a schedule so people know when to expect more details.

Written communications include e-mails, texts, memos, letters, documents, reports, newsletters, spreadsheets, etc. (Even though e-mails are electronic, they are basically digital versions of written memos.) They are among the leaner business communications. With written communications, the writer must provide enough context that the words can be interpreted easily. The receiver should be alert for ambiguity and ask for clarification if needed. An e-mail sender cannot take receipt for granted. Most people receive too much e-mail and sort and filter it quickly, sometimes incorrectly.

Written messages are effective in transmitting large messages. Humans are limited in the amount of data they can absorb at one time. Written information can be studied over time. Reports can include supporting data and detailed explanations when it is important to persuade the receiver about a course of action. Written communications can be carefully crafted to say exactly what the sender means. Formal business communications, such as job offer letters, contracts and budgets, proposals and quotes, should always be written.

Television broadcasts, web-based communications such as social media, interactive blogs, public and intranet company web pages, Facebook, and Twitter belong in this growing category of communication channels. Electronic communications allow messages to be sent instantaneously and globally. People can talk face-to-face across enormous distances. Marketing and advertising can be targeted to many different types of customers, and business units can easily communicate in real time. This is especially important when customers must be advised of product recalls or security issues.

Although extremely effective, the widespread utilization of electronic communications for business purposes can also be risky. In recent years, the private communications and customer files of many large corporations have been hacked and their data stolen. In 2016, New Jersey Horizon Blue Cross Blue Shield was fined $1.1 million for failing to safeguard the personal information of medical patients. The company stored unencrypted sensitive data including birth dates and Social Security numbers on laptops that were stolen out of their main offices.

Which Channel Is Best?

Quite simply, the best channel is the one that most effectively delivers the message so that it is understood as the sender intended. Nuanced or emotionally charged messages require a rich medium; simple, routine messages don’t need the personal touch. If you want to advise your department that at 2 p.m. you want to have a five-minute stand-up meeting in the hallway outside of your office to congratulate them on meeting a goal, then send a quick e-mail. You really don’t want people to reply with questions. E-mail is a lean medium but works very well when the content of the message is neither complex nor emotionally charged. On the other hand, a telephone call is a more appropriate channel to apologize for having to cancel a lunch date. The speaker can hear the sincerity in your voice and can express their disappointment or offer to reschedule.

A good rule of thumb is the more emotional the context of the message, the richer the medium should be to deliver the message. But remember—even face-to-face business meetings can be followed up with a written note to ensure that both parties are truly on the same page. If a meeting results in assignments or agreements, then a written note will be useful documentation for future reference.

Tailoring a Message to an Audience 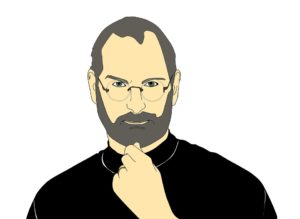 Steve Jobs, one of the founders of Apple, was a great communicator who used his passion, focus, and storytelling ability to make his presentations memorable.

Have you ever had to converse with a young child and really needed him to listen to you? You probably knelt down so that you were at eye level. You may have even put your hand gently on his arm to focus his attention on you. Speaking clearly and slowly in words that you knew he understood, you made exaggerated facial gestures of fear or surprise or happiness to emphasize your points. In brief, you tailored your message to your audience so that it would be effective.

Although the channel of communication you select to transmit your message is important, so also is knowing the intended audience. Effective communicators seem to instinctively adjust their styles to their audience, but it is a skill that can also be learned. The way the information is conveyed should complement the audience, whether it is one person or a roomful of people. Three factors are involved in tailoring a message: the sender, the message itself, and the audience.

For the majority of everyday business communications, a manager needs only to focus on presenting a professional image. On different occasions, she may want to present herself as a serious and responsible leader, a technical expert, or informally casual. But when uncertain what a situation calls for, always err on the side of professionalism. Studies have shown that an audience reacts initially to the demeanor of the speaker and not to what is being said. If you appear nervous, your audience will pick up on that and become nervous as well.

The first step in tailoring a message, of course, is to choose the right communication channel. But even then, there are questions to ask about the message itself that will influence how it is presented. Some of these questions are listed below: