Putting It Together: Communication 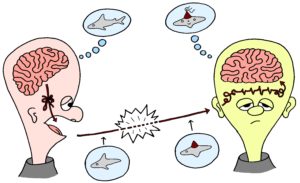 Good communication requires the speaker and the hearer to understand the message the same way.

As you’ll recall, we started this module with a conversation between Tony and Sandra. Tony was upset with James, his employee, because James was not completing a new production schedule. Let’s fast forward about three weeks and catch up with Tony and Sandra after another departmental meeting.

Sandra catches Tony and asks, “Hey Tony, how are things going with James? I sure was surprised that you were having trouble with him.”

Tony gets a sheepish grin on his face and says, “You know what Sandra? You were right! I finally brought James into my office and asked him why he was ignoring my requests. He got a really confused look on his face and said he had no idea what I was talking about. He knew that I had asked about the production schedule a couple of times, but he didn’t assume that meant I wanted him to prioritize that above other projects.”

Tony can see that Sandra is relieved. He goes on to tell her that a couple days after he spoke with James, he came across an article on effective communication.