Nature vs. Nurture and Epigenetics

There are three related problems at the intersection of philosophy and science that are fundamental to our understanding of our relationship to the natural world: the mind–body problem, the free will problem, and the nature–nurture problem. These great questions have a lot in common. Everyone, even those without much knowledge of science or philosophy, has opinions about the answers to these questions that come simply from observing the world we live in. Our feelings about our relationship with the physical and biological world often seem incomplete. We are in control of our actions in some ways, but at the mercy of our bodies in others; it feels obvious that our consciousness is some kind of creation of our physical brains, at the same time we sense that our awareness must go beyond just the physical. This incomplete knowledge of our relationship with nature leaves us fascinated and a little obsessed, like a cat that climbs into a paper bag and then out again, over and over, mystified every time by a relationship between inner and outer that it can see but can’t quite understand.

It may seem obvious that we are born with certain characteristics while others are acquired, and yet of the three great questions about humans’ relationship with the natural world, only nature–nurture gets referred to as a “debate.” In the history of psychology, no other question has caused so much controversy and offense: We are so concerned with nature–nurture because our very sense of moral character seems to depend on it. While we may admire the athletic skills of a great basketball player, we think of his height as simply a gift, a payoff in the “genetic lottery.” For the same reason, no one blames a short person for his height or someone’s congenital disability on poor decisions: To state the obvious, it’s “not their fault.” But we do praise the concert violinist (and perhaps her parents and teachers as well) for her dedication, just as we condemn cheaters, slackers, and bullies for their bad behavior.

The problem is, most human characteristics aren’t usually as clear-cut as height or instrument-mastery, affirming our nature–nurture expectations strongly one way or the other. In fact, even the great violinist might have some inborn qualities—perfect pitch, or long, nimble fingers—that support and reward her hard work. And the basketball player might have eaten a diet while growing up that promoted his genetic tendency for being tall. When we think about our own qualities, they seem under our control in some respects, yet beyond our control in others. And often the traits that don’t seem to have an obvious cause are the ones that concern us the most and are far more personally significant. What about how much we drink or worry? What about our honesty, or religiosity, or sexual orientation? They all come from that uncertain zone, neither fixed by nature nor totally under our own control. 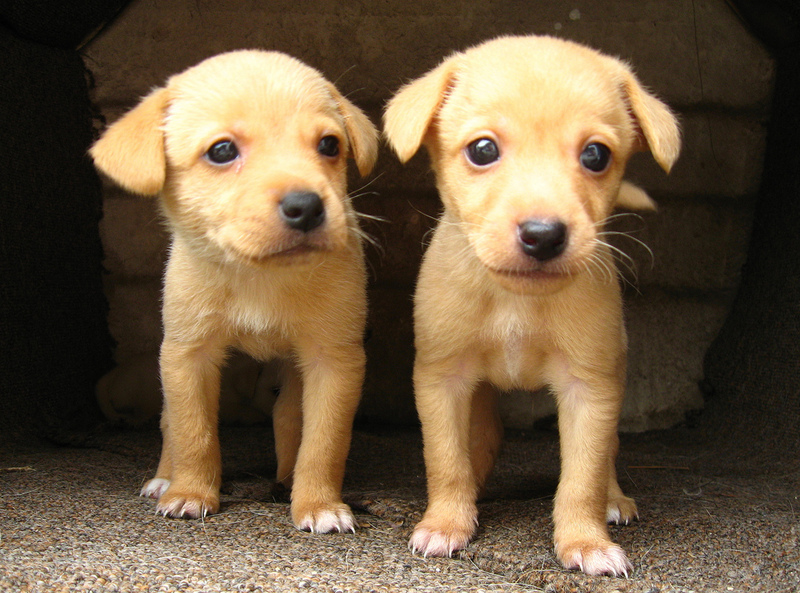 Researchers have learned a great deal about the nature-nurture dynamic by working with animals. But of course many of the techniques used to study animals cannot be applied to people. Separating these two influences in human subjects is a greater research challenge. [Photo: mharrsch]

One major problem with answering nature-nurture questions about people is, how do you set up an experiment? In nonhuman animals, there are relatively straightforward experiments for tackling nature–nurture questions. Say, for example, you are interested in aggressiveness in dogs. You want to test for the more important determinant of aggression: being born to aggressive dogs or being raised by them. You could mate two aggressive dogs—angry Chihuahuas—together, and mate two nonaggressive dogs—happy beagles—together, then switch half the puppies from each litter between the different sets of parents to raise. You would then have puppies born to aggressive parents (the Chihuahuas) but being raised by nonaggressive parents (the Beagles), and vice versa, in litters that mirror each other in puppy distribution. The big questions are: Would the Chihuahua parents raise aggressive beagle puppies? Would the beagle parents raise nonaggressive Chihuahua puppies? Would the puppies’ nature win out, regardless of who raised them? Or… would the result be a combination of nature and nurture? Much of the most significant nature–nurture research has been done in this way (Scott & Fuller, 1998), and animal breeders have been doing it successfully for thousands of years. In fact, it is fairly easy to breed animals for behavioral traits.

With people, however, we can’t assign babies to parents at random, or select parents with certain behavioral characteristics to mate, merely in the interest of science (though history does include horrific examples of such practices, in misguided attempts at “eugenics,” the shaping of human characteristics through intentional breeding). In typical human families, children’s biological parents raise them, so it is very difficult to know whether children act like their parents due to genetic (nature) or environmental (nurture) reasons. Nevertheless, despite our restrictions on setting up human-based experiments, we do see real-world examples of nature-nurture at work in the human sphere—though they only provide partial answers to our many questions.

The science of how genes and environments work together to influence behavior is called behavioral genetics. The easiest opportunity we have to observe this is the adoption study. When children are put up for adoption, the parents who give birth to them are no longer the parents who raise them. This setup isn’t quite the same as the experiments with dogs (children aren’t assigned to random adoptive parents in order to suit the particular interests of a scientist) but adoption still tells us some interesting things, or at least confirms some basic expectations. For instance, if the biological child of tall parents were adopted into a family of short people, do you suppose the child’s growth would be affected? What about the biological child of a Spanish-speaking family adopted at birth into an English-speaking family? What language would you expect the child to speak? And what might these outcomes tell you about the difference between height and language in terms of nature-nurture? 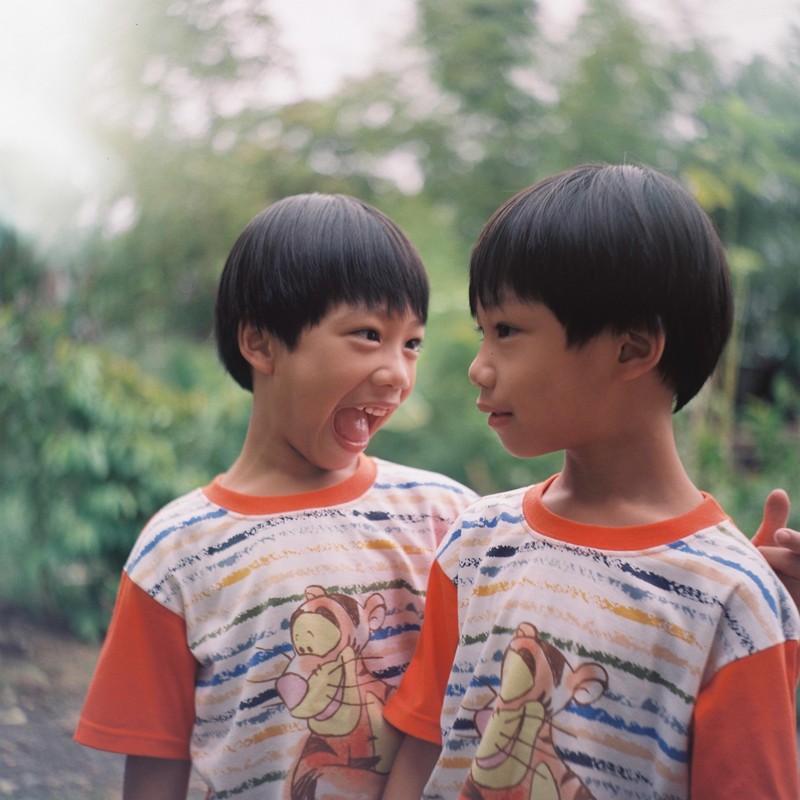 Studies focused on twins have lead to important insights about the biological origins of many personality characteristics. [Photo: ethermoon]

Another option for observing nature-nurture in humans involves twin studies. There are two types of twins: monozygotic (MZ) and dizygotic (DZ). Monozygotic twins, also called “identical” twins, result from a single zygote (fertilized egg) and have the same DNA. They are essentially clones. Dizygotic twins, also known as “fraternal” twins, develop from two zygotes and share 50% of their DNA. Fraternal twins are ordinary siblings who happen to have been born at the same time. To analyze nature–nurture using twins, we compare the similarity of MZ and DZ pairs. Sticking with the features of height and spoken language, let’s take a look at how nature and nurture apply: Identical twins, unsurprisingly, are almost perfectly similar for height. The heights of fraternal twins, however, are like any other sibling pairs: more similar to each other than to people from other families, but hardly identical. This contrast between twin types gives us a clue about the role genetics plays in determining height. Now consider spoken language. If one identical twin speaks Spanish at home, the co-twin with whom she is raised almost certainly does too. But the same would be true for a pair of fraternal twins raised together. In terms of spoken language, fraternal twins are just as similar as identical twins, so it appears that the genetic match of identical twins doesn’t make much difference.

Twin and adoption studies are two instances of a much broader class of methods for observing nature-nurture called quantitative genetics, the scientific discipline in which similarities among individuals are analyzed based on how biologically related they are. We can do these studies with siblings and half-siblings, cousins, twins who have been separated at birth and raised separately (Bouchard, Lykken, McGue, & Segal, 1990; such twins are very rare and play a smaller role than is commonly believed in the science of nature–nurture), or with entire extended families (see Plomin, DeFries, Knopik, & Neiderhiser, 2012, for a complete introduction to research methods relevant to nature–nurture).

For better or for worse, contentions about nature–nurture have intensified because quantitative genetics produces a number called a heritability coefficient, varying from 0 to 1, that is meant to provide a single measure of genetics’ influence of a trait. In a general way, a heritability coefficient measures how strongly differences among individuals are related to differences among their genes. But beware: Heritability coefficients, although simple to compute, are deceptively difficult to interpret. Nevertheless, numbers that provide simple answers to complicated questions tend to have a strong influence on the human imagination, and a great deal of time has been spent discussing whether the heritability of intelligence or personality or depression is equal to one number or another. 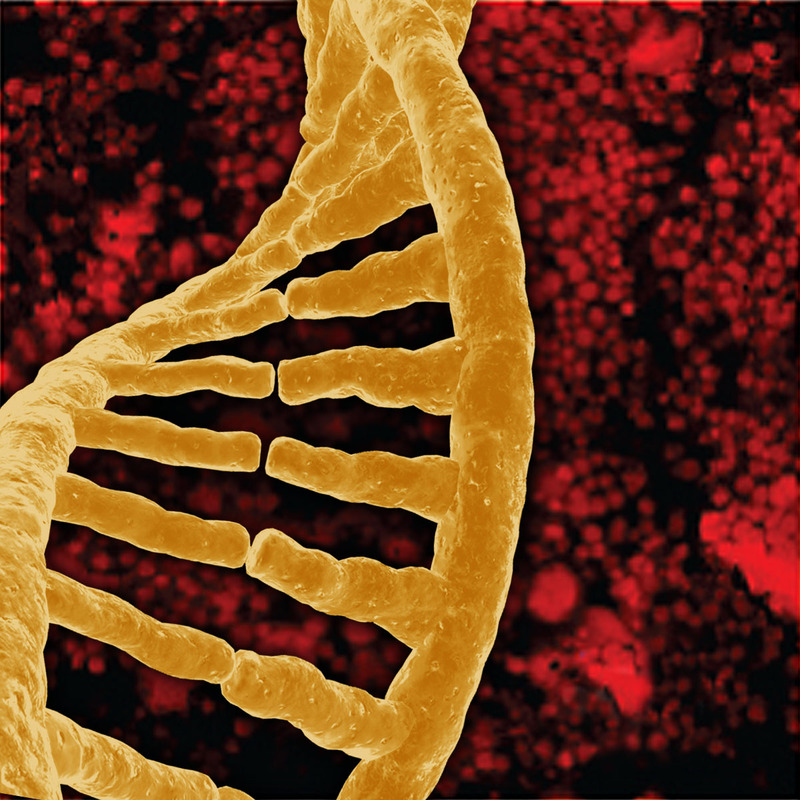 Quantitative genetics uses statistical methods to study the effects that both heredity and environment have on test subjects. These methods have provided us with the heritability coefficient which measures how strongly differences among individuals for a trait are related to differences among their genes. [Image: EMSL]

One reason nature–nurture continues to fascinate us so much is that we live in an era of great scientific discovery in genetics, comparable to the times of Copernicus, Galileo, and Newton, with regard to astronomy and physics. Every day, it seems, new discoveries are made, new possibilities proposed. When Francis Galton first started thinking about nature–nurture in the late-19th century he was very influenced by his cousin, Charles Darwin, but genetics per se was unknown. Mendel’s famous work with peas, conducted at about the same time, went undiscovered for 20 years; quantitative genetics was developed in the 1920s; DNA was discovered by Watson and Crick in the 1950s; the human genome was completely sequenced at the turn of the 21st century; and we are now on the verge of being able to obtain the specific DNA sequence of anyone at a relatively low cost. No one knows what this new genetic knowledge will mean for the study of nature–nurture, but as we will see in the next section, answers to nature–nurture questions have turned out to be far more difficult and mysterious than anyone imagined.