Putting It Together: Viruses

At this stage hopefully you realize life isn’t actually all that simple to define. Let’s look at our enemy Mr. Flu Virus. Is the flu a living organism? According to the definition of life: no. The flu virus (or any virus) is not capable of reproducing on its own. Well then, you may be thinking, what about a drone bee or a mule (the offspring of a male donkey and a female horse)? Neither of these organisms can reproduce, but they are living creatures. The difference here is that they are made up of parts that meet all the requirements of biological life, including having cells that reproduce and grow. Viruses, on the other hand, don’t have any self-replicating parts: copying any part of a virus requires a host cell. Viruses must hijack the cellular machinery of the host in order to make more parts to assemble into new viral particles.

Viruses cause a variety of diseases in humans. Many of these diseases can be prevented by the use of viral vaccines, which stimulate protective immunity against the virus without causing major disease. Viral vaccines may also be used in active viral infections, boosting the ability of the immune system to control or destroy the virus. A series of antiviral drugs that target enzymes and other protein products of viral genes have been developed and used with mixed success. Combinations of anti-HIV drugs have been used to effectively control the virus, extending the lifespans of infected individuals. Viruses have many uses in medicines, such as in the treatment of genetic disorders, cancer, and bacterial infections. 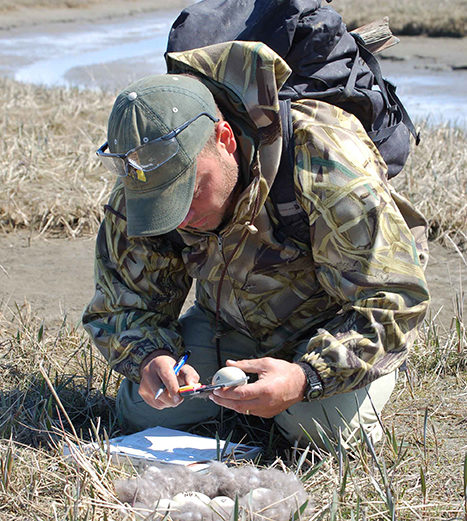 Virology is the study of viruses, and a virologist is an individual trained in this discipline. Training in virology can lead to many different career paths. Virologists are actively involved in academic research and teaching in colleges and medical schools. Some virologists treat patients or are involved in the generation and production of vaccines. They might participate in epidemiologic studies (Figure 1) or become science writers, to name just a few possible careers.

If you think you may be interested in a career in virology, find a mentor in the field. Many large medical centers have departments of virology, and smaller hospitals usually have virology labs within their microbiology departments. Volunteer in a virology lab for a semester or work in one over the summer. Discussing the profession and getting a first-hand look at the work will help you decide whether a career in virology is right for you.

The American Society of Virology’s website is a good resource for information regarding training and careers in virology.