Distribution of Sample Means (1 of 4)

In Inference for Means, we work with quantitative variables, so the statistics and parameters will be means instead of proportions.

We begin this module with a discussion of the sampling distribution of sample means. Our goal is to understand how sample means vary when we select random samples from a population with a known mean. We did this same type of thinking with sample proportions in the module Linking Probability to Statistical Inference to understand the distribution of sample proportions. Ultimately, we develop a probability model based on this sampling distribution. We use the probability model with an actual sample mean to test a claim about population mean or to estimate a population mean. This task is similar to the type of work we did in Inference for One Proportion with proportions when we tested hypotheses and created confidence intervals. 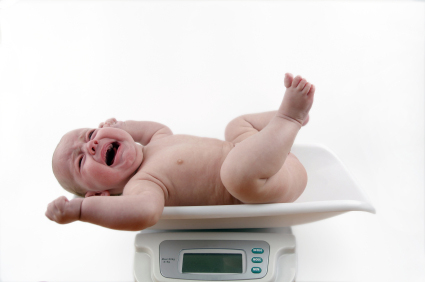 To answer this question, we need to understand how much the means from random samples vary. Would a sample be likely – or unlikely – to have a mean birth weight of 3,400 grams if the mean weight of all the babies is 3,500 grams?

We outline this investigation in the following diagram:

As before, the logic of inference is the same. Begin with a population with µ = 3,500, and take random samples of 9 babies at a time.

Likely or unlikely? It depends on how much the sample means vary. We need to investigate the sampling distribution of sample means.

Refer to the previous example. These questions focus on how sample mean birth weights will vary. Use the simulation below to select a random sample of 9 babies from the town. Assume µ = 3,500. Repeat many times to observe how the mean birth weights for the samples vary. Then answer the questions.

In the next example, we predict what happens in the long run when we select many, many random samples of 9 babies at a time from a population with a mean birth weight of 3,500 grams. Then we watch a simulation to see if our predictions are correct.

Note: Means of samples randomly selected from a population are consequently random variables themselves because the means of random samples vary unpredictably in the short run but have a predictable pattern in the long run. Based on our intuition, what we experienced with the simulation, and what we learned about the behavior of samples in previous modules, we might expect the following about the distribution of sample means that come from a population where µ = 3,500:

Center: Some sample means will be on the low side – say 3,000 grams or so – while others will be on the high side – say 4,000 grams or so. In repeated sampling, we might expect that the random samples will average out to the underlying population mean of 3,500 grams. In other words, the mean of the sample means will be µ. This is exactly what we observed in the case of proportions in Linking Probability to Statistical Inference. There, the mean of sample proportions was the population proportion.

Spread: For large samples, we might expect that sample means will not stray too far from the population mean of 3,500. Sample means lower than 3,000 or higher than 4,000 might be surprising. For smaller samples, we would be less surprised by sample means that varied quite a bit from 3,500. In others words, we might expect greater variability in sample means for smaller samples. So sample size again plays a role in the spread of the distribution of sample statistics, just as we observed for sample proportions.

Shape: Sample means closest to 3,500 will be the most common, with sample means far from 3,500 in either direction progressively less likely. In other words, the shape of the distribution of sample means should be somewhat normal. This, again, is what we saw when we looked at sample proportions.

The discussion of shape, center, and spread here is not very specific. We work toward making these statements more specific over the next two pages.

Now let’s see if our predictions about the sampling distribution are correct. In the next simulation, we randomly select thousands of random samples of 9 babies each.

At this point, you may be wondering if we should use a larger sample to answer our question. Will our conclusion change if we increase the number of babies in the sample? We investigate this question next.