Why It Matters: Inference for Two Proportions

In previous modules, we learned to make inferences about a population proportion. In particular, we learned the following:

In Inference for Two Proportions, we continue to work with categorical data, so we continue to use proportions. But now we make inferences that compare two populations (or two treatments).

As an overview, consider again the Big Picture of Statistics. 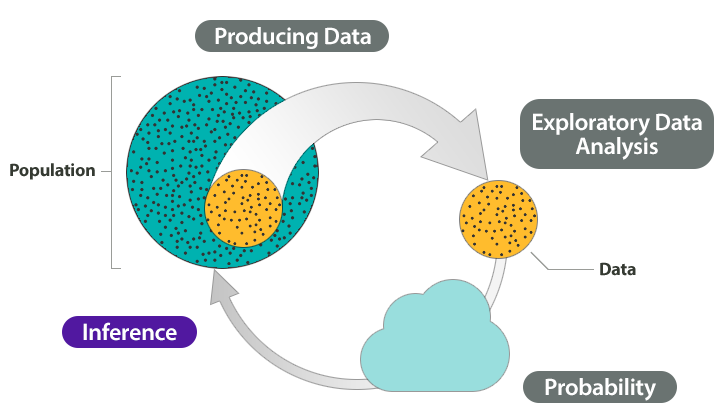 Here we discuss the four steps in a statistical investigation for situations from Module 9.

The following figure summarizes this investigation in the Big Picture. 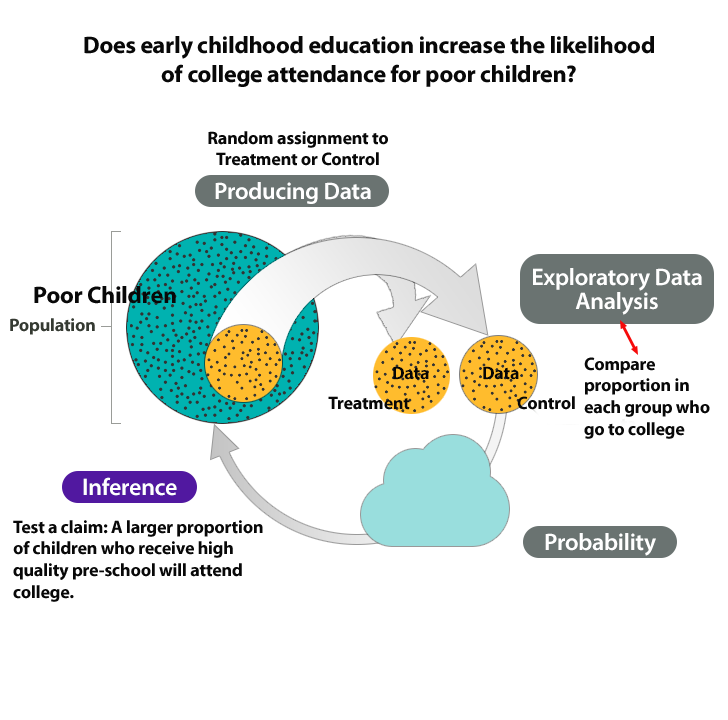