Mental Health Treatment in the Past 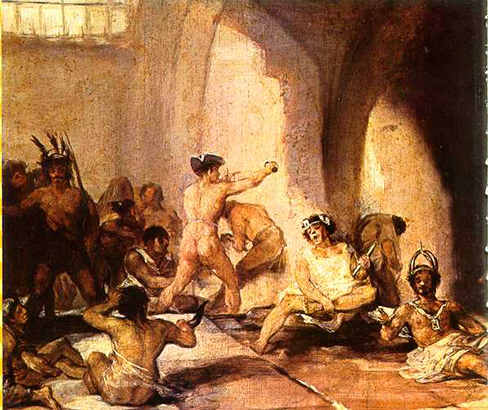 Figure 1. This painting by Francisco Goya, called The Madhouse, depicts a mental asylum and its inhabitants in the early 1800s. It portrays those with psychological disorders as victims.

For much of history, the mentally ill have been treated very poorly. It was believed that mental illness was caused by demonic possession, witchcraft, or an angry god (Szasz, 1960). For example, in medieval times, abnormal behaviors were viewed as a sign that a person was possessed by demons. If someone was considered to be possessed, there were several forms of treatment to release spirits from the individual. The most common treatment was exorcism, often conducted by priests or other religious figures: Incantations and prayers were said over the person’s body, and she may have been given some medicinal drinks. Another form of treatment for extreme cases of mental illness was trephining: A small hole was made in the afflicted individual’s skull to release spirits from the body. Most people treated in this manner died. In addition to exorcism and trephining, other practices involved execution or imprisonment of people with psychological disorders. Still others were left to be homeless beggars. Generally speaking, most people who exhibited strange behaviors were greatly misunderstood and treated cruelly. The prevailing theory of psychopathology in earlier history was the idea that mental illness was the result of demonic possession by either an evil spirit or an evil god because early beliefs incorrectly attributed all unexplainable phenomena to deities deemed either good or evil.

From the late 1400s to the late 1600s, a common belief perpetuated by some religious organizations was that some people made pacts with the devil and committed horrible acts, such as eating babies (Blumberg, 2007). These people were considered to be witches and were tried and condemned by courts—they were often burned at the stake. Worldwide, it is estimated that tens of thousands of mentally ill people were killed after being accused of being witches or under the influence of witchcraft (Hemphill, 1966)

By the 18th century, people who were considered odd and unusual were placed in asylums (Figure 1). Asylums were the first institutions created for the specific purpose of housing people with psychological disorders, but the focus was ostracizing them from society rather than treating their disorders. Often these people were kept in windowless dungeons, beaten, chained to their beds, and had little to no contact with caregivers.

In the late 1700s, a French physician, Philippe Pinel, argued for more humane treatment of the mentally ill. He suggested that they be unchained and talked to, and that’s just what he did for patients at La Salpêtrière in Paris in 1795 (Figure 2). Patients benefited from this more humane treatment, and many were able to leave the hospital.

In the 19th century, Dorothea Dix led reform efforts for mental health care in the United States (Figure 3). She investigated how those who are mentally ill and poor were cared for, and she discovered an underfunded and unregulated system that perpetuated abuse of this population (Tiffany, 1891). Horrified by her findings, Dix began lobbying various state legislatures and the U.S. Congress for change (Tiffany, 1891). Her efforts led to the creation of the first mental asylums in the United States.

Despite reformers’ efforts, however, a typical asylum was filthy, offered very little treatment, and often kept people for decades. At Willard Psychiatric Center in upstate New York, for example, one treatment was to submerge patients in cold baths for long periods of time. Electroshock treatment was also used, and the way the treatment was administered often broke patients’ backs; in 1943, doctors at Willard administered 1,443 shock treatments (Willard Psychiatric Center, 2009). (Electroshock is now called electroconvulsive treatment, and the therapy is still used, but with safeguards and under anesthesia. A brief application of electric stimulus is used to produce a generalized seizure. Controversy continues over its effectiveness versus the side effects.) Many of the wards and rooms were so cold that a glass of water would be frozen by morning (Willard Psychiatric Center, 2009). Willard’s doors were not closed until 1995. Conditions like these remained commonplace until well into the 20th century.

Starting in 1954 and gaining popularity in the 1960s, antipsychotic medications were introduced. These proved a tremendous help in controlling the symptoms of certain psychological disorders, such as psychosis. Psychosis was a common diagnosis of individuals in mental hospitals, and it was often evidenced by symptoms like hallucinations and delusions, indicating a loss of contact with reality. Then in 1963, Congress passed and John F. Kennedy signed the Mental Retardation Facilities and Community Mental Health Centers Construction Act, which provided federal support and funding for community mental health centers (National Institutes of Health, 2013). This legislation changed how mental health services were delivered in the United States. It started the process of deinstitutionalization, the closing of large asylums, by providing for people to stay in their communities and be treated locally. In 1955, there were 558,239 severely mentally ill patients institutionalized at public hospitals (Torrey, 1997). By 1994, by percentage of the population, there were 92% fewer hospitalized individuals (Torrey, 1997).

View this timeline showing the history of mental institutions in the United States.

asylum: institution created for the specific purpose of housing people with psychological disorders
deinstitutionalization: process of closing large asylums and integrating people back into the community where they can be treated locally