In the resting state, sodium (Na+) is at higher concentrations outside the cell, so it will tend to move into the cell. Potassium (K+), on the other hand, is more concentrated inside the cell, and will tend to move out of the cell (Figure 1). In addition, the inside of the cell is slightly negatively charged compared to the outside. This provides an additional force on sodium, causing it to move into the cell.

From this resting potential state, the neuron receives a signal, and its state changes abruptly (Figure 2). When a neuron receives signals at the dendrites—due to neurotransmitters from an adjacent neuron binding to its receptors—small pores, or gates, open on the neuronal membrane, allowing Na+ ions, propelled by both charge and concentration differences, to move into the cell. With this influx of positive ions, the internal charge of the cell becomes more positive. The process of when the cell’s charge becomes positive, or less negative, is called depolarization. If the charge reaches a certain level, called the threshold of excitation, the neuron becomes active and the action potential begins. 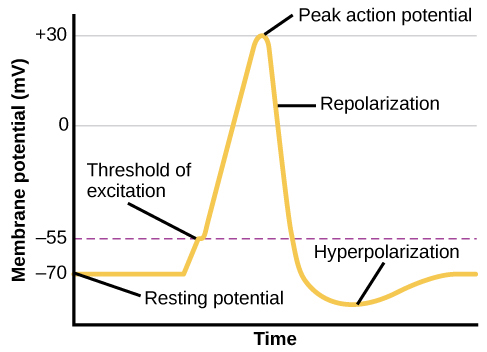 Figure 2. During the action potential, the electrical charge across the membrane changes dramatically.

The process of neural communication is explained in the following video.

You can view the transcript for “Lights, Camera, Action Potentials!” here (opens in new window). 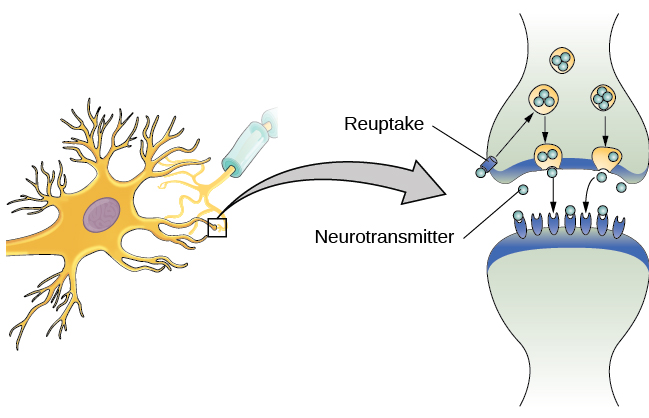 Figure 3. Reuptake involves moving a neurotransmitter from the synapse back into the axon terminal from which it was released.

You can view the transcript for “How do nerves work? – Elliot Krane” here (opens in new window).

Psychoactive drugs can act as agonists or antagonists for a given neurotransmitter system. Agonists are chemicals that mimic a neurotransmitter at the receptor site and, thus, strengthen its effects. An antagonist, on the other hand, blocks or impedes the normal activity of a neurotransmitter at the receptor. Agonists and antagonists represent drugs that are prescribed to correct the specific neurotransmitter imbalances underlying a person’s condition. For example, Parkinson’s disease, a progressive nervous system disorder, is associated with low levels of dopamine. Therefore, a common treatment strategy for Parkinson’s disease involves using dopamine agonists, which mimic the effects of dopamine by binding to dopamine receptors. The drug LSD is structurally very similar to serotonin, and it affects the same neurons and receptors as serotonin.

Psychotropic drugs are not instant solutions for people suffering from psychological disorders. Often, an individual must take a drug for several weeks before seeing improvement, and many psychoactive drugs have significant negative side effects. Furthermore, individuals vary dramatically in how they respond to the drugs. To improve chances for success, it is not uncommon for people receiving pharmacotherapy to undergo psychological and/or behavioral therapies as well. Some research suggests that combining drug therapy with other forms of therapy tends to be more effective than any one treatment alone (for one such example, see March et al., 2007).

You can view the transcript for “The Chemical Mind: Crash Course Psychology #3” here (opens in new window).

action potential: electrical signal that moves down the neuron’s axon
agonist: drug that mimics or strengthens the effects of a neurotransmitter
all-or-none: phenomenon that incoming signal from another neuron is either sufficient or insufficient to reach the threshold of excitation
antagonist: drug that blocks or impedes the normal activity of a given neurotransmitter
biological perspective: view that psychological disorders like depression and schizophrenia are associated with imbalances in one or more neurotransmitter systems
depolarization: when a cell’s charge becomes positive, or less negative
hyperpolarization: when a cell’s charge becomes more negative than its resting potential
membrane potential: difference in charge across the neuronal membrane
neuron: cells in the nervous system that act as interconnected information processors, which are essential for all of the tasks of the nervous system
neurotransmitter: chemical messenger of the nervous system
psychotropic medication: drugs that treat psychiatric symptoms by restoring neurotransmitter balance
receptor: protein on the cell surface where neurotransmitters attach
resting potential: the state of readiness of a neuron membrane’s potential between signals
reuptake: neurotransmitter is pumped back into the neuron that released it
semipermeable membrane: cell membrane that allows smaller molecules or molecules without an electrical charge to pass through it, while stopping larger or highly charged molecules
synapse: small gap between two neurons where communication occurs
synaptic vesicle: storage site for neurotransmitters
terminal button: axon terminal containing synaptic vesicles
threshold of excitation: level of charge in the membrane that causes the neuron to become active