An individual with body dysmorphic disorder (BDD) is preoccupied with a perceived flaw in their physical appearance that is either nonexistent or barely noticeable to other people (APA, 2013). Body dysmorphic disorder’s (BDD’s) perceived physical defects cause the person to think they are unattractive, ugly, hideous, or deformed. These preoccupations can focus on any bodily area, but they typically involve the skin, face, or hair. The preoccupation with imagined physical flaws drives the person to engage in repetitive and ritualistic behavioral and mental acts, such as constantly looking in the mirror; trying to hide the offending body part; comparisons with others; and in some extreme cases, cosmetic surgery (Phillips, 2005). An estimated 2.4% of the adults in the United States meet the criteria for body dysmorphic disorder, with slightly higher rates in women than in men (APA, 2013). 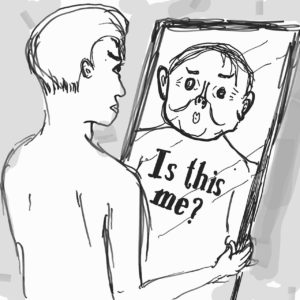 Figure 1. Body dysmorphic disorder is characterized by a preoccupation with appearance and imagined physical flaws.

Body dysmorphic disorder (BDD) is often associated with low quality of life and frequently is comorbid with major depressive disorder, substance use disorders, obsessive-compulsive disorder (OCD), and social anxiety. Patients often are unaware that effective treatments are available and will hide symptoms because of feelings of shame or guilt. BDD is usually associated with increased suicidal ideation, delusional ideas, and poor or absent insight. The delusional variant of BDD is considered more severe. Both delusional and non-delusional variants present challenges in treatment compliance; many patients seek unnecessary dermatologic, dental, and other cosmetic interventions in hopes of removing their perceived flaws. These procedures typically have poor outcomes and lead to patient distress, often worsening symptoms and leading to patient dissatisfaction and loss of self-esteem. Some patients undergo repeated surgeries without achieving the expected outcome and thus have increased risk for depression and suicide. 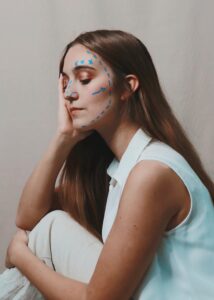 Figure 2. Those with BDD often seek plastic surgery but remain dissatisfied with the results.

The prevalence of BDD in the general population is approximately 2% and is strongly associated with a history of cosmetic surgery and higher rates of suicidal ideation and suicide attempts. Patients who present for cosmetic surgery treatment are also affected by BDD at rates markedly higher than in the general population, ranging from 3%-53%. BDDs prevalence is markedly increased in the inpatient psychiatric setting, at approximately 16%. Prevalence in those seeking outpatient care for OCD, social anxiety, and other disorders ranged from 10% to 40%. BDD is often initially undetected, suggesting the importance of BDD-specific screening practices and their role in achieving better outcomes.

Body dysmorphic disorder has been reported to occur in children as young as five and in adults as old as 80. Regarding gender ratio, the two largest population-based studies of BDD (one conducted in the United States, the other in Germany) found a point prevalence of 2.5% of women versus 2.2% of men, and 1.9% of women and 1.4% of men, respectively. Thus, BDD may be somewhat more common in women, but it clearly affects many men as well.

The cause of BDD is unknown. However, research shows that a number of things may be connected in influencing BDD:

BDD usually develops in adolescence, a time when people usually worry about their appearance the most. However, many people with BDD suffer for years before they look for help. When they do look for professional help (i.e., seeking treatment via doctor, counselor, or psychiatrist), people with the problem often say they have other issues, for example, depression, social anxiety, or OCD, but do not admit the real, underlying problem, which is the way they see themselves. Not looking for professional help may be due to shame or guilt, though in many cases, individuals with this disorder lack insight to understand that the issue is with their perception and not a reality. Most patients cannot be convinced that the problem they have with their body is only imagined, and that they are seeing a changed view of themselves.

In researching BDD, Dr. Katherine Philips found that of more than 500 people with BDD, patients were most unhappy with the following body parts:[3] 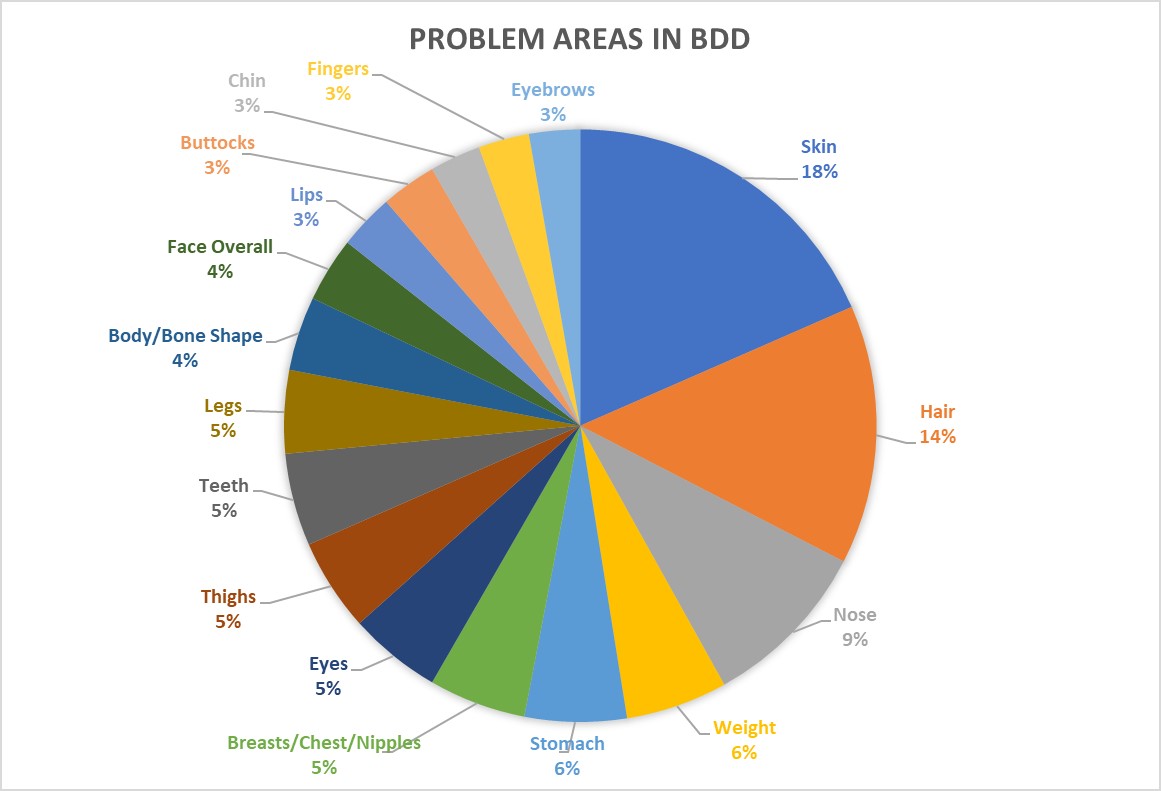 This clip shows examples of real children and adolescents with body dysmorphic disorder.

You can view the transcript for “Special Report: Imperfect Me – the impact of Body Dysmorphia” here (opens in new window). 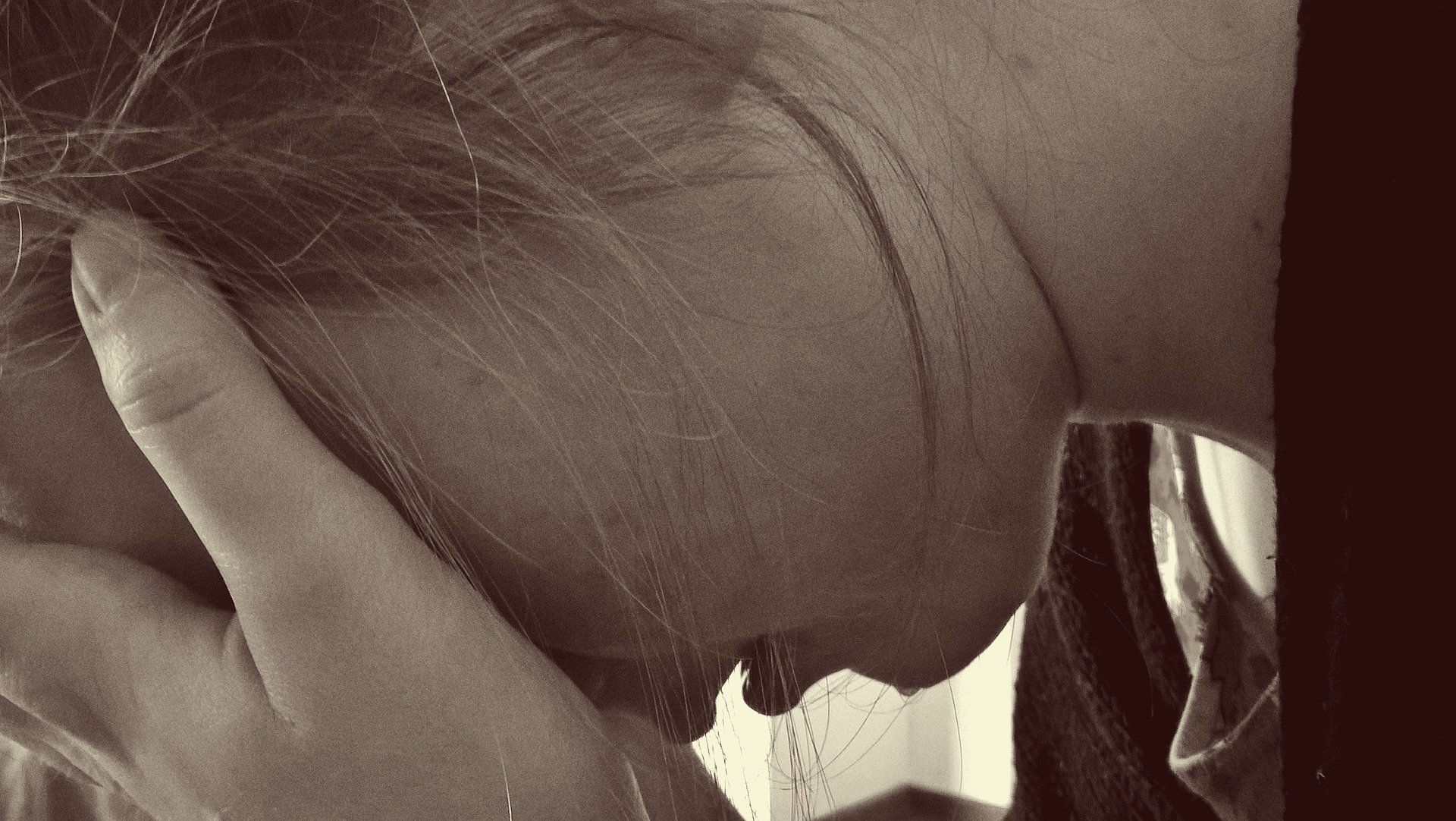 Figure 2. People with BDD are at risk for committing suicide.

Another condition, gender dysphoria (GD), where the person finds their gender as a male or female uncomfortable, often has BDD-like feelings that are only directed at the primary and/or secondary sex characteristics on their body, which disagree with the person’s perception of their own gender since birth. People with gender dysphoria (GD) may also have BDD-like traits or their condition may be misdiagnosed as BDD. Most studies reported a pre-transition gender dysphoria (GD) suicide attempt rate of 20% or more. The suicide attempt rate for patients with BDD is 15%. No studies are available showing overlap between GD and BDD suicide rate because BDD is excluded as a condition prior to GD diagnosis. GD is discussed in more detail in another module.

body dysmorphic disorder (BDD): a disorder that manifests as an excessive concern with minor or wholly nonexistent defects in physical appearance; patients believe themselves to be unacceptably deformed and unattractive when actually they remain normal in appearance

gender dysphoria (GD): the distress a person feels due to a mismatch between gender identity and sex assigned at birth