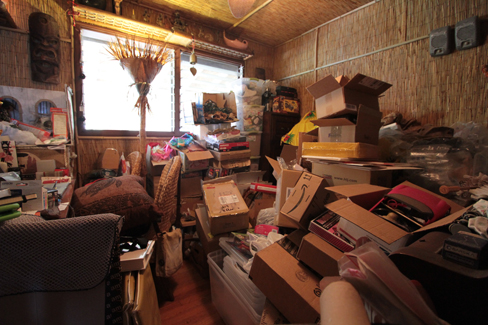 Figure 1. Those who suffer from hoarding disorder have great difficulty in discarding possessions, usually resulting in an accumulation of items that clutter living or work areas. (credit: “puuikibeach”/Flickr)

Although hoarding was traditionally considered to be a symptom of OCD, considerable evidence suggests that hoarding represents an entirely different disorder (Mataix-Cols et al., 2010). People with hoarding disorder (HD) cannot bear to part with personal possessions, regardless of how valueless or useless these possessions are. Hoarders accumulate excessive amounts of usually worthless items that clutter their living areas (Figure 2). Often, the quantity of cluttered items is so excessive that the person is unable to use their kitchen, or sleep in their bed. People who suffer from this disorder have great difficulty parting with items because they believe the items might be of some later use or because they form a sentimental attachment to the items (APA, 2013). Importantly, a diagnosis of hoarding disorder (HD) is made only if the hoarding is not caused by another medical condition and if the hoarding is not a symptom of another disorder (e.g., schizophrenia) (APA, 2013).

Prevalence rates have been estimated from two to 5% in adults, though the condition typically manifests in childhood with symptoms worsening in advanced age, at which point collected items have grown excessive and family members who would otherwise help to maintain and control the levels of clutter have either died or moved away. Hoarding appears to be more common in people with psychological disorders such as depression, anxiety, and attention deficit hyperactivity disorder (ADHD). Other factors often associated with hoarding include alcohol dependence and paranoid, schizotypal, and avoidance traits.

People with hoarding disorder (HD), also referred to as pathological collecting, have severe anxiety over discarding possessions. While hoarders have an urge to collect and save items, they often have difficulty organizing the items, resulting in hazardous clutter. Homes of individuals with HD may present a health hazard to themselves and others due to health code violations, fire risk, infestations, or community expenses incurred from the cost of cleaning out the home or eviction from the home. Those with HD are also at risk for health problems such as food contamination, malnutrition, or falls. Causes for HD include experiencing strong emotional attachment to items, deficits in executive functioning, behavioral avoidance, or early developmental factors.[1]

As a result of hoarding, those with the disorder often

For a historical case of severe hoarding, read this article about the Collyer brothers.

Researchers have recognized compulsive hoarding as a phenomenon since at least the 1980s, but only recently began to study hoarding. It was first defined as a mental disorder in the fifth edition of the DSM in 2013. It is not clear whether compulsive hoarding is a separate, isolated disorder or rather a symptom of another condition, such as OCD, but the current DSM lists hoarding disorder as both a mental disability and a possible symptom for OCD.

You can view the transcript for “Hoarding: Designated Discrete Disorder in New Psychiatry ‘Bible'” here (opens in new window).

Compulsive hoarding affects about 2%-5% of the population. Hoarding behaviors usually start at a subclinical level in early adolescence and worsens with each decade so that it affects around 6% of those above age 70.[2] While most start hoarding in adolescence, often the disorder becomes clinically significant only in middle-aged patients, when individuals have accumulated enough things to cause alarm and or when the intervention of others, such as relatives or local authorities, causes greater stress. Stressful or traumatic events may be associated with the onset of hoarding symptoms. More education resulted in a slower increase in hoarding symptoms, and having a parent with hoarding tendencies showed a higher association in developing HD.[3]

Other psychiatric disorders often co-occur with HD. The most frequent comorbidity is a major depression, which can be present in up to 50% of the cases. Attention deficit/hyperactive disorder (ADHD) is also a common comorbidity with HD, with some studies suggesting association with inattentive symptoms of the disorder. Poorer general health is also associated with HD.[4]

In a study of 742 participants, the prevalence of hoarding was nearly 4% and was greater in older than younger age groups, greater in men than women (though generally, both are affected at an almost equal rate), and inversely related to household income (the odds of hoarding was over four times as great in the poorest, compared to the wealthiest, households). Hoarding was also correlated with alcohol dependence, excessive physical discipline before age 16, parental psychopathology, insecurities caused by home break-ins, and some personality disorders (paranoid, schizotypal, avoidant, and obsessive-compulsive).[5]

As is the case for most mental health disorders, the underlying cause has yet to be proven; however, it is thought that there is a strong genetic component to HD. Neuropsychological research has shown that cognitive deficits play some role in the onset and maintenance of hoarding symptoms and that these deficits are associated with issues in attention, memory, and executive functioning, although more research needs to be done to fully understand these connections.

Dysfunction in the anterior cingulate cortex (ACC), including the dorsal ACC involved in decision-making, error-monitoring, and reward-based learning as well as the ventral ACC connected to limbic structures that aid in assigning emotional salience to stimuli are associated with HD.[6]

Many individuals with hoarding disorder do not recognize their hoarding as a problem. In one study, 42% of individuals with hoarding disorder found their behavior problematic compared to the 63% of their family and friends who saw the behavior as problematic.[7] Low insight leads to poor treatment outcomes. Most investigations have found that only a quarter of patients who hoard show an adequate response to these medications and therapeutic interventions.

Although no medication has received FDA approval for the treatment of compulsive hoarding, some monoamine reuptake inhibitors have been moderately successful in a small number of clinical studies. In patients where compulsive hoarding is secondary to or comorbid with OCD, serotonergic antidepressants such as SSRIs or the tricyclic antidepressant clomipramine are indicated, although the presence of hoarding predicts relatively poor treatment response. When examined, concurrent pharmacological and psychotherapeutic treatment appeared more effective than either alone.

Cognitive-behavioral therapy (CBT) is a commonly implemented therapeutic intervention for compulsive hoarding. As part of CBT, the therapist may help the patient to

This modality of treatment usually involves exposure and response prevention to situations that cause anxiety and cognitive restructuring of beliefs related to hoarding. Furthermore, research has also shown that certain CBT protocols have been more effective in treatment than others. CBT programs that specifically address the motivation of the sufferer, organization, acquiring new clutter, and removing current clutter from the home have shown promising results. This type of treatment typically involves in-home work with a therapist combined with between-session homework, the completion of which is associated with better treatment outcomes.

Other therapeutic approaches that have been found to be helpful include motivational interviewing, harm reduction, and group CBT.

Read the following case study presented by the Life and Health Sciences Research Institute, School of Medicine at the University of Minho in Braga, Portugal.[8] Notice how the treatment plan utilizes both psychotherapy and medications, and that they also acknowledge comorbid symptoms of depression and insomnia.

“We present a case of a 52-year-old married man who worked as a mechanic was referred to a psychiatry department by his family doctor. He has no previous history of medical conditions. As a psychiatric background, he reported depressive symptoms following the death of his only son 22 years ago.

The patient collected various objects, predominantly stones, papers, and damaged pieces of cars because he thought they were valuable and/or usable in the future, but recognized that the collection was exaggerated. He could not discard any of these items, even if he never used them when needed. He reported to get anxious when someone else discarded some of these items. This behavior had started about 20 years earlier and it worsened with time. Despite, the thoughts of the possible use of these items were the reason why he could not throw out the possessions, these thoughts were not considered intrusive, repetitive, or egodystonic. The garage, attic, and surroundings of his house were cluttered with these objects (Figure 2). 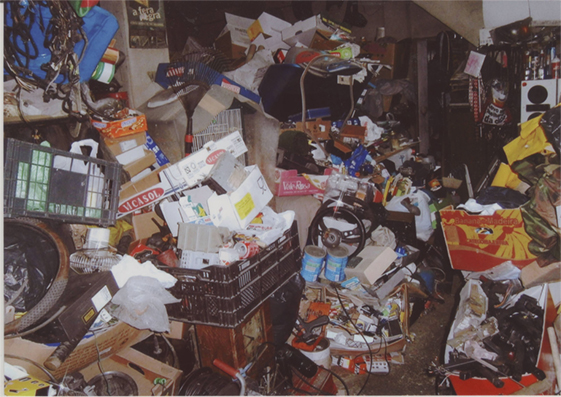 Figure 2. Image from the patient’s garage before seeking treatment.

A psychotherapeutic plan for the patient was designed. The goals were to understand and educate the patient on his symptoms and beliefs, so he could understand the need for treatment. Cognitive restructuring of the beliefs and exposure to non-acquire and discard the objects saved were also explored. Along with the psychotherapeutic plan, a pharmacological treatment with fluvoxamine 100 mg id and trazodone 150 mg id was made, to treat the coexistent depressive symptoms and insomnia. During the first 6 months of treatment, the patient continued to buy and collect objects. Then, fluvoxamine was gradually augmented to 100 mg and quetiapine 200 mg was added to the treatment plan, with progressive improvement in the symptoms and the patient being able to sell/recycle most of the items after 9 months of this treatment (Figure 3). The patient is currently medicated with quetiapine 100 mg id for insomnia and organized the cluttered spaces. The patient and his wife were very gratified with the results.” 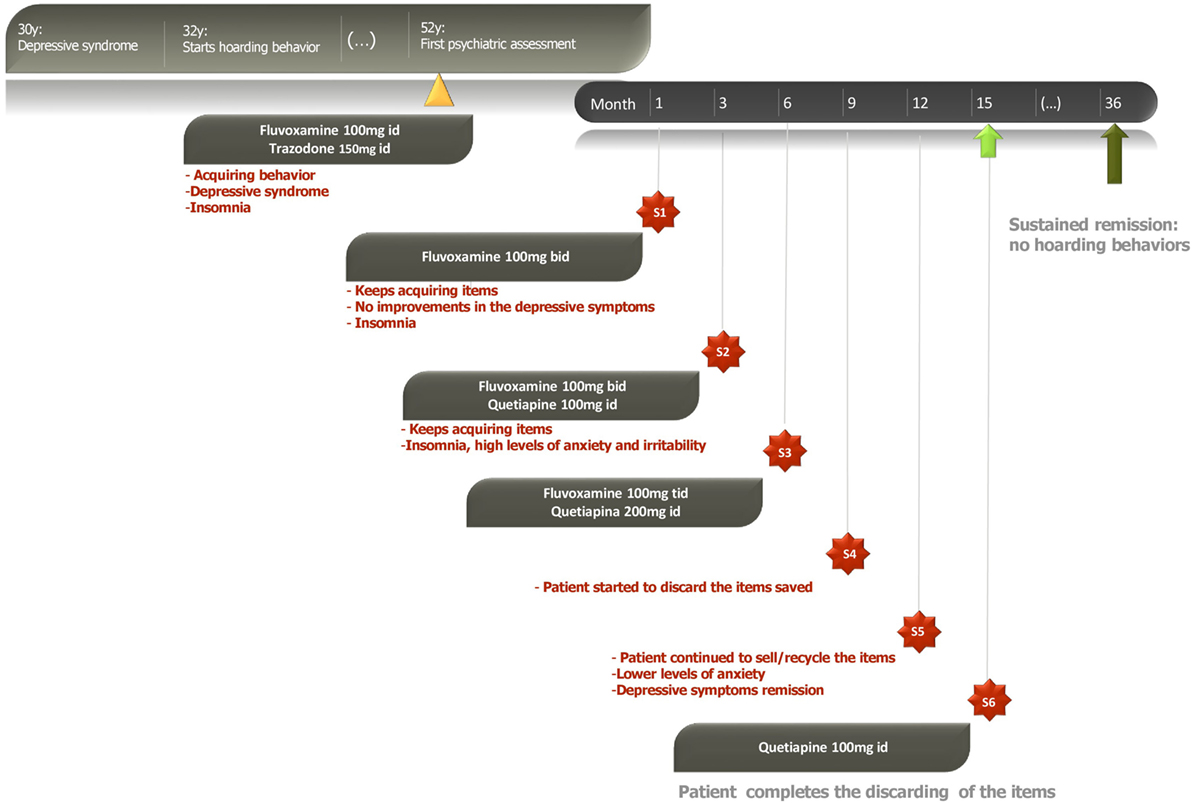 Figure 3. The treatment plan took 15 months and frequent adjustments to help the patient lower his anxiety and discard his hoarded things.

Watch clips from this Real Stories episode to learn more about hoarding disorder.

hoarding disorder: characterized by persistent difficulty in parting with possessions, regardless of their actual value or usefulness