A Historical Understanding of Personality Disorders

As you have learned in this module, the DSM-5 defines personality disorders as “an enduring pattern of inner experience and behavior that deviates markedly from the expectations of the individual’s culture, is pervasive and inflexible, has an onset in adolescence or early adulthood, is stable over time, and leads to distress or impairment.” This definition has evolved over time.

The consideration of cultural context is perhaps the most significant change in this definition from the earlier DSM-3. Although the DSM-4-TR made a point of adding cultural context to the definition of personality disorders, it wasn’t until the publication of the DSM-5 that much was said in the manual about culture. Not only is there limited research regarding the influence of culture on personality disorders, there is likewise only limited research on cultural influences on normal personality.

Currently, genetic research for the understanding of the development of personality disorders is severely lacking. However, there are a few possible risk factors currently in discovery. Researchers are currently looking into genetic mechanisms for traits such as aggression, fear, and anxiety, which are associated with diagnosed individuals. More research is being conducted into disorder-specific mechanisms.

There are some genetic factors connected to biological or genetic components, but no specific mechanisms have been identified. This means that there is likely a biological predisposition for some personality disorders, but more research needs to be done to determine the precise connections. 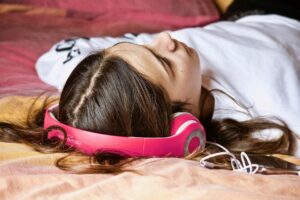 Figure 1. An individual’s personality can be influenced by things they went through as a child.

Cognitive theorists propose a link between personality and disruptive and disordered thought patterns. Individuals with a personality disorder may develop inaccurate perceptions of others (Beck, 2015). There may be a relationship between biological factors and adverse environmental factors. Disordered patterns of perceiving and relating to the world may develop as protective measures during childhood. These patterns of behavior may be reflected as characteristics of a personality disorder.

Behavioral theorists believe people behave in a consistent manner and view personality as being shaped by reinforcements and consequences. We learn to behave in certain ways, increasing behaviors that lead to positive consequences and decreasing behaviors that lead to negative outcomes. We have to consider modeling, reinforcement, and the inability to develop normal social skills. In modeling, an individual may learn dysfunctional social patterns and behaviors by directly observing family members engaging in similar behaviors. With reinforcement, individuals may be rewarded by gaining their desired outcomes when they successfully manipulate others. Additionally, when there is exaggerated praise, individuals may develop a grandiose sense of self, similar to a narcissistic personality (Millon, 2011). 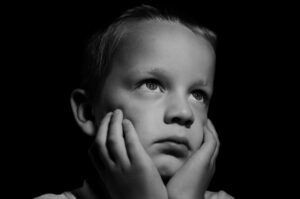 Figure 2. There is a correlation between child neglect and the development of personality disorders in adulthood.

Child abuse and neglect consistently show up as risk factors to the development of personality disorders in adulthood. A study looked at retrospective reports of abuse of participants that had demonstrated psychopathology throughout their life and were later found to have past experience with abuse. In a study of 793 mothers and children, researchers asked mothers if they had screamed at their children, told them that they did not love them, or threatened to send them away. Children who had experienced such verbal abuse were three times as likely as other children (who did not experience such verbal abuse) to have borderline, narcissistic, obsessive-compulsive, or paranoid personality disorders in adulthood.[1] The sexually abused group demonstrated the most consistently elevated patterns of psychopathology. Officially verified physical abuse showed an extremely strong correlation with the development of antisocial and impulsive behavior.