Personality disorders are oftentimes difficult to treat. Your personality, the characteristics that define you, is unique to you and you alone. What happens when it is your personality that actually causes challenges in life? There may not be a baseline of healthy behaviors or relationships as a result of the personality. More than likely, it would be a challenge to admit there is a problem and to seek treatment.

Most people are relatively unique because they are often ego-syntonic; that is, most people are largely comfortable with themselves, with their characteristic manner of behaving, feeling, and relating to others. As a result, people rarely seek treatment for their antisocial, narcissistic, histrionic, paranoid, and/or schizoid personality disorder. There are times when personality disorders are revealed, however, when people seek treatment for anxiety, mood, or substance use disorders.

This video explains how some negative beliefs, often entrenched in those with personality disorders, make it difficult to treat the disorders.

You can view the transcript for “Treating Clients with Personality Disorders” here (opens in new window). 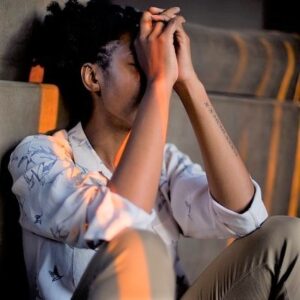 It is a misnomer, though, to suggest that personality disorders cannot themselves be treated. Personality disorders are among the most difficult of disorders to treat because they involve well-established behaviors that can be integral to a client’s self-image (Millon, 2011). Nevertheless, much has been written on the treatment of personality disorder (e.g., Beck, Freeman, Davis, & Associates, 1990; Gunderson & Gabbard, 2000), and there is empirical support for clinically and socially meaningful changes in response to psychosocial and pharmacologic treatments (Perry & Bond, 2000). The development of an ideal or fully healthy personality structure is unlikely to occur through the course of treatment, but given the considerable social, public health, and personal costs associated with some of the personality disorders, such as the antisocial and borderline, even just moderate adjustments in personality functioning can represent quite significant and meaningful change.

Some modalities of treatment used for personality disorders include

There are different specific theories or schools of therapy within many of these modalities. They may, for example, emphasize psychodynamic techniques or cognitive or behavioral techniques. In clinical practice, many therapists use an eclectic approach, taking elements of different schools when they seem to fit to an individual client. There is also often a focus on common themes that seem to be beneficial regardless of techniques, including attributes of the therapist (e.g., trustworthiness, competence, and caring), processes afforded to the client (e.g., ability to express and confide difficulties and emotions), and the match between the two (e.g., aiming for mutual respect, trust, and boundaries).

Manualized and/or empirically validated treatment protocols have been developed for only one personality disorder: borderline (APA, 2001).

Dialectical behavior therapy (DBT) (Lynch & Cuyper, 2012) and mentalization therapy (Bateman & Fonagy, 2012): Dialectical behavior therapy is a form of cognitive-behavior therapy that draws on principles from Zen Buddhism, dialectical philosophy, and behavioral science. The treatment has four components, individual therapy, group skills training, telephone coaching, and a therapist consultation team, and will typically last a full year. As such, it is a relatively expensive form of treatment, but research has indicated that its benefits far outweighs its costs, both financially and socially.

The main skills taught in DBT include mindfulness, interpersonal effectiveness, emotion regulation, and distress tolerance. Within DBT, mindfulness refers to the capacity to pay attention, nonjudgmentally, to the present moment and living in the moment, experiencing one’s emotions and senses fully, yet with perspective. The practice of mindfulness can also be intended to make people more aware of their environments through their five senses: touch, smell, sight, taste, and sound. Mindfulness relies heavily on the principle of acceptance, sometimes referred to as “radical acceptance.” Acceptance skills rely on the patient’s ability to view situations with no judgment, and to accept situations and their accompanying emotions. These skills cause less distress overall, which can result in reduced discomfort and symptomology.

This video from the Centre for Addiction and Mental Health (CAMH) discusses how DBT is used to treat BPD and highlights how they are working on shorter treatment programs to enable greater access to treatment.

Of course, this diagnostic overlap and complexity did not prevent researchers and clinicians from developing dialectical behavior therapy and mentalization therapy. A further reason for the weak progress in treatment development is that, as noted earlier, persons rarely seek treatment for their personality disorder. It would be difficult to obtain a sufficiently large group of people with, for instance, narcissistic or obsessive-compulsive disorder to participate in a treatment outcome study, one receiving the manualized treatment protocol, the other receiving treatment as usual. 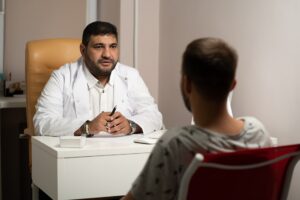 Figure 2. For Cluster A disorders, one-on-one therapy is recommended over group therapy.

The best strategy for a clinician to implement is to help the patient develop new behavior in the face of adversity. For each disorder, the clinician should emphasize different tactics. For Cluster A disorders, group therapy may not be the wisest as patients tend to be suspicious and distrustful; instead, individual social skills training may be most beneficial.

The presence of a personality disorder will often have an impact on the treatment of other mental disorders, typically inhibiting or impairing responsivity. Antisocial persons will tend to be irresponsible and negligent; borderline persons can form intensely manipulative attachments to their therapists; paranoid patients will be unduly suspicious and accusatory; narcissistic patients can be dismissive and denigrating; and dependent patients can become overly attached to and feel helpless without their therapists.

dialectical behavior therapy: a form of CBT developed by Marsha M. Linehan to help people increase their emotional and cognitive regulation by learning about the triggers that lead to reactive states and helping to assess which coping skills to apply

ego-syntonic: the behaviors, values, and feelings that are in harmony with or acceptable to the needs and goals of the ego, or consistent with one’s ideal self-image