After the ligand binds to the cell-surface receptor, the activation of the receptor’s intracellular components sets off a chain of events that is called a signaling pathway or a signaling cascade. This process is sometimes called signal transduction. In a signaling pathway, second messengers, enzymes, and activated proteins interact with specific proteins, which are in turn activated in a chain reaction that eventually leads to a change in the cell’s environment (Figure 1). The events in the cascade occur in a series, much like a current flows in a river. Interactions that occur before a certain point are defined as upstream events, and events after that point are called downstream events. 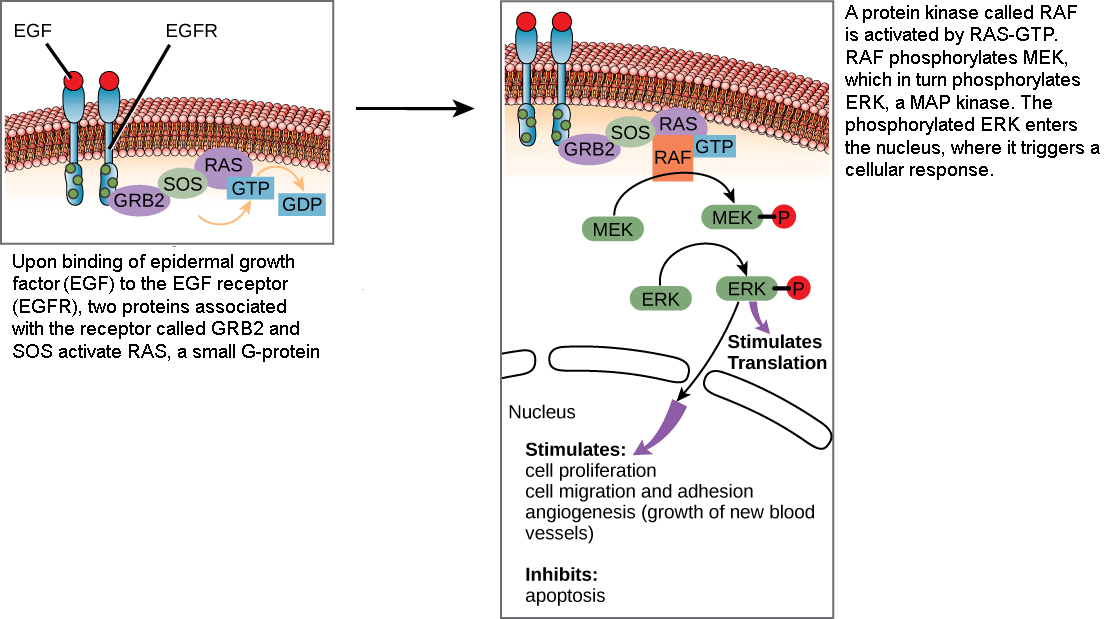 Figure 1. The epidermal growth factor (EGF) receptor (EGFR) is a receptor tyrosine kinase involved in the regulation of cell growth, wound healing, and tissue repair. When EGF binds to the EGFR, a cascade of downstream events causes the cell to grow and divide. If EGFR is activated at inappropriate times, uncontrolled cell growth (cancer) may occur.

In certain cancers, the GTPase activity of the RAS G-protein is inhibited. This means that the RAS protein can no longer hydrolyze GTP into GDP. What effect would this have on downstream cellular events?

Signaling pathways can get very complicated very quickly because most cellular proteins can affect different downstream events, depending on the conditions within the cell. A single pathway can branch off toward different endpoints based on the interplay between two or more signaling pathways, and the same ligands are often used to initiate different signals in different cell types. This variation in response is due to differences in protein expression in different cell types. Another complicating element is signal integration of the pathways, in which signals from two or more different cell-surface receptors merge to activate the same response in the cell. This process can ensure that multiple external requirements are met before a cell commits to a specific response.

The effects of extracellular signals can also be amplified by enzymatic cascades. At the initiation of the signal, a single ligand binds to a single receptor. However, activation of a receptor-linked enzyme can activate many copies of a component of the signaling cascade, which amplifies the signal.