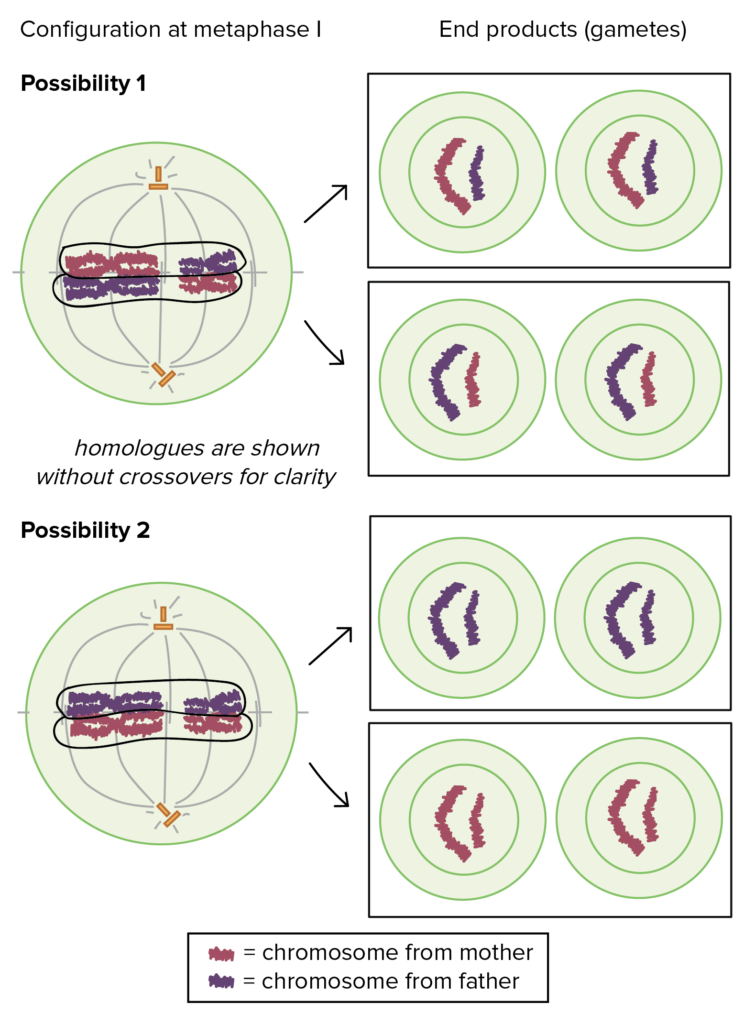 What exactly does random orientation mean here? Well, a homologous pair consists of one homologue from your dad and one from your mom, and you have 23 pairs of homologous chromosomes all together, counting the X and Y as homologous for this purpose. During meiosis I, the homologous pairs will separate to form two equal groups, but it’s not usually the case that all the paternal—dad—chromosomes will go into one group and all the maternal—mom—chromosomes into the other.