The Periodic Table of Elements

The different elements are organized and displayed in the periodic table. Devised by Russian chemist Dmitri Mendeleev (1834–1907) in 1869, the table groups elements that, although unique, share certain chemical properties with other elements. The properties of elements are responsible for their physical state at room temperature: they may be gases, solids, or liquids. Elements also have specific chemical reactivity, the ability to combine and to chemically bond with each other.

In the periodic table, shown in Figure 1, the elements are organized and displayed according to their atomic number and are arranged in a series of rows and columns based on shared chemical and physical properties. In addition to providing the atomic number for each element, the periodic table also displays the element’s atomic mass. Looking at carbon, for example, its symbol (C) and name appear, as well as its atomic number of six (in the upper left-hand corner) and its atomic mass of 12.11. 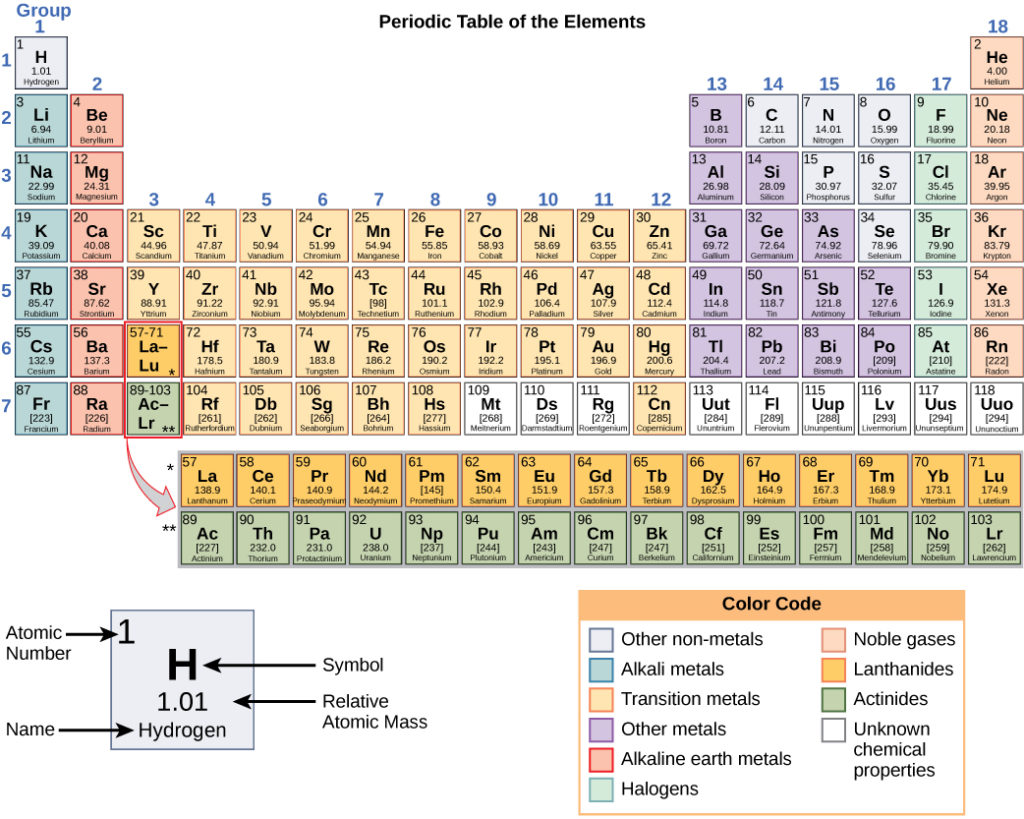 The periodic table groups elements according to chemical properties. The differences in chemical reactivity between the elements are based on the number and spatial distribution of an atom’s electrons. Atoms that chemically react and bond to each other form molecules. Molecules are simply two or more atoms chemically bonded together. Logically, when two atoms chemically bond to form a molecule, their electrons, which form the outermost region of each atom, come together first as the atoms form a chemical bond.

Watch this video for a more in-depth introduction to the periodic table: