Taxonomy (which means “arrangement law”) is the science of classifying organisms to construct internationally shared classification systems with each organism placed into more and more inclusive groupings. Think about how a grocery store is organized. One large space is divided into departments, such as produce, dairy, and meats. Then each department further divides into aisles, then each aisle into categories and brands, and then finally a single product. This organization from larger to smaller, more specific categories is called a hierarchical system. 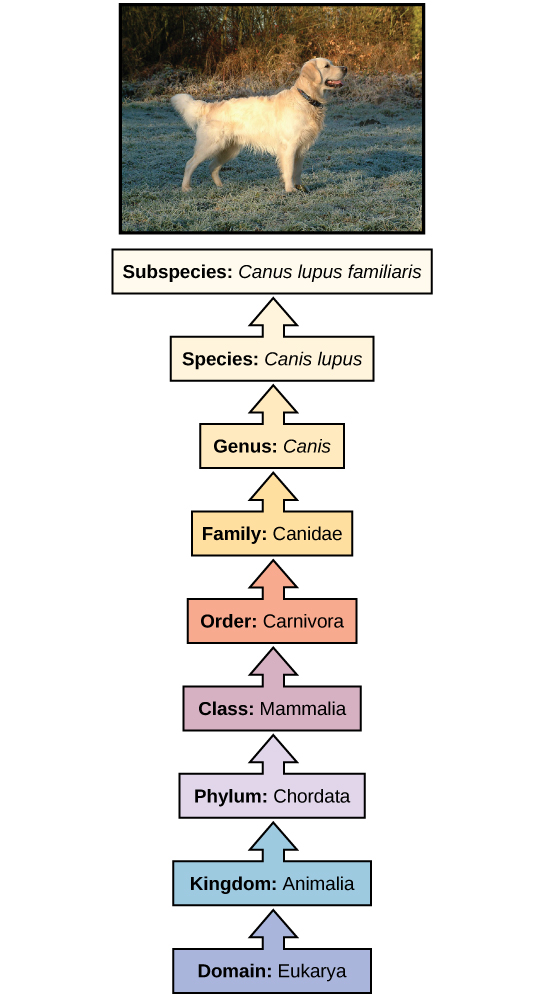 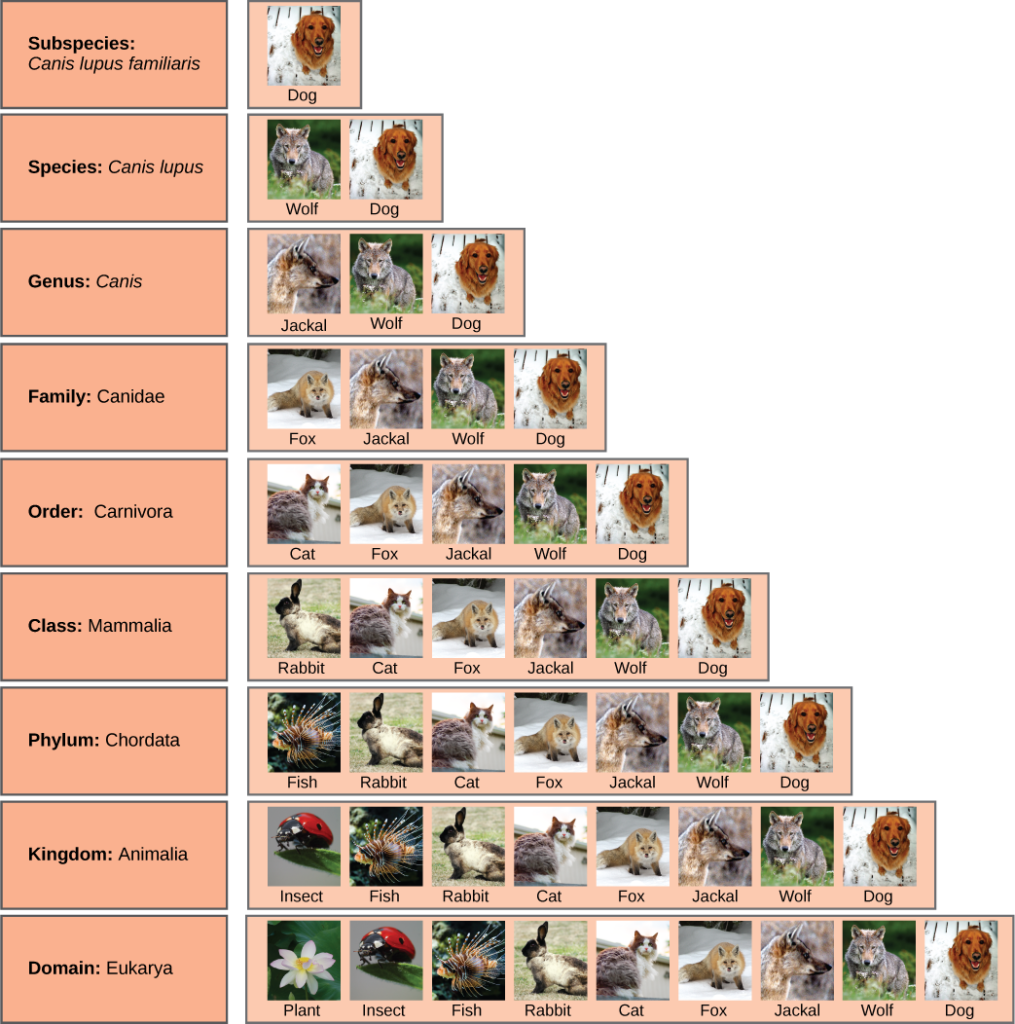 Show Answer
Cats and dogs are part of the same group at five levels: both are in the domain Eukarya, the kingdom Animalia, the phylum Chordata, the class Mammalia, and the order Carnivora.
Visit this website to classify three organisms—bear, orchid, and sea cucumber—from kingdom to species. To launch the game, under Classifying Life, click the picture of the bear or the Launch Interactive button.