The majority of known fungi belong to the Phylum Ascomycota, which is characterized by the formation of an ascus (plural, asci), a sac-like structure that contains haploid ascospores. Filamentous ascomycetes produce hyphae divided by perforated septa, allowing streaming of cytoplasm from one cell to another. Conidia and asci, which are used respectively for asexual and sexual reproduction, are usually separated from the vegetative hyphae by blocked (non-perforated) septa. Many ascomycetes are of commercial importance. Some play a beneficial role for humanity, such as the yeasts used in baking, brewing, and wine fermentation, and directly as food delicacies such as truffles and morels. Aspergillus oryzae is used in the fermentation of rice to produce sake. Other ascomycetes parasitize plants and animals, including humans. For example, fungal pneumonia poses a significant threat to AIDS patients who have a compromised immune system. Ascomycetes not only infest and destroy crops directly; they also produce poisonous secondary metabolites that make crops unfit for consumption. 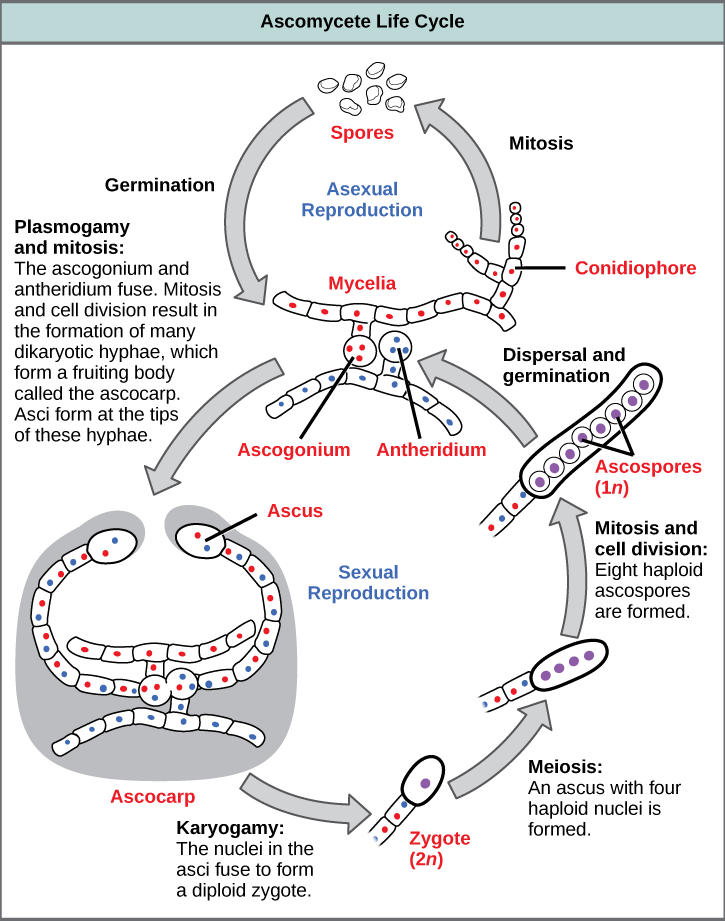 Figure 1. Click for a larger image. The lifecycle of an ascomycete is characterized by the production of asci during the sexual phase. The haploid phase is the predominant phase of the life cycle. 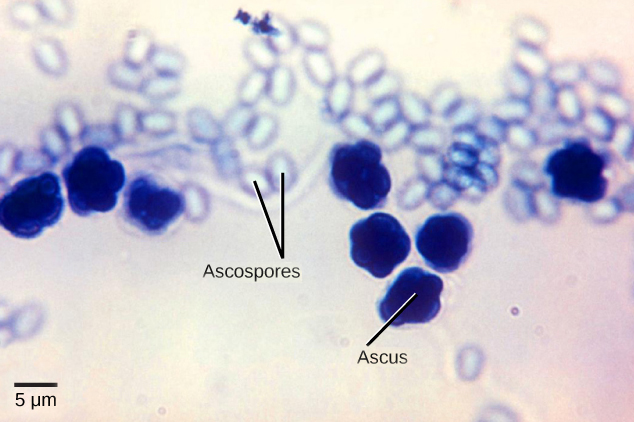 Asexual reproduction is frequent and involves the production of conidiophores that release haploid conidiospores. Sexual reproduction starts with the development of special hyphae from either one of two types of mating strains (Figure 1).