The Respiratory System is vital to every human being. Without it, we would cease to live outside of the womb. Let us begin by taking a look at the structure of the respiratory system and how vital it is to life. During inhalation or exhalation air is pulled towards or away from the lungs, by several cavities, tubes, and openings.

The organs of the respiratory system make sure that oxygen enters our bodies and carbon dioxide leaves our bodies.

As air moves along the respiratory tract it is warmed, moistened and filtered. 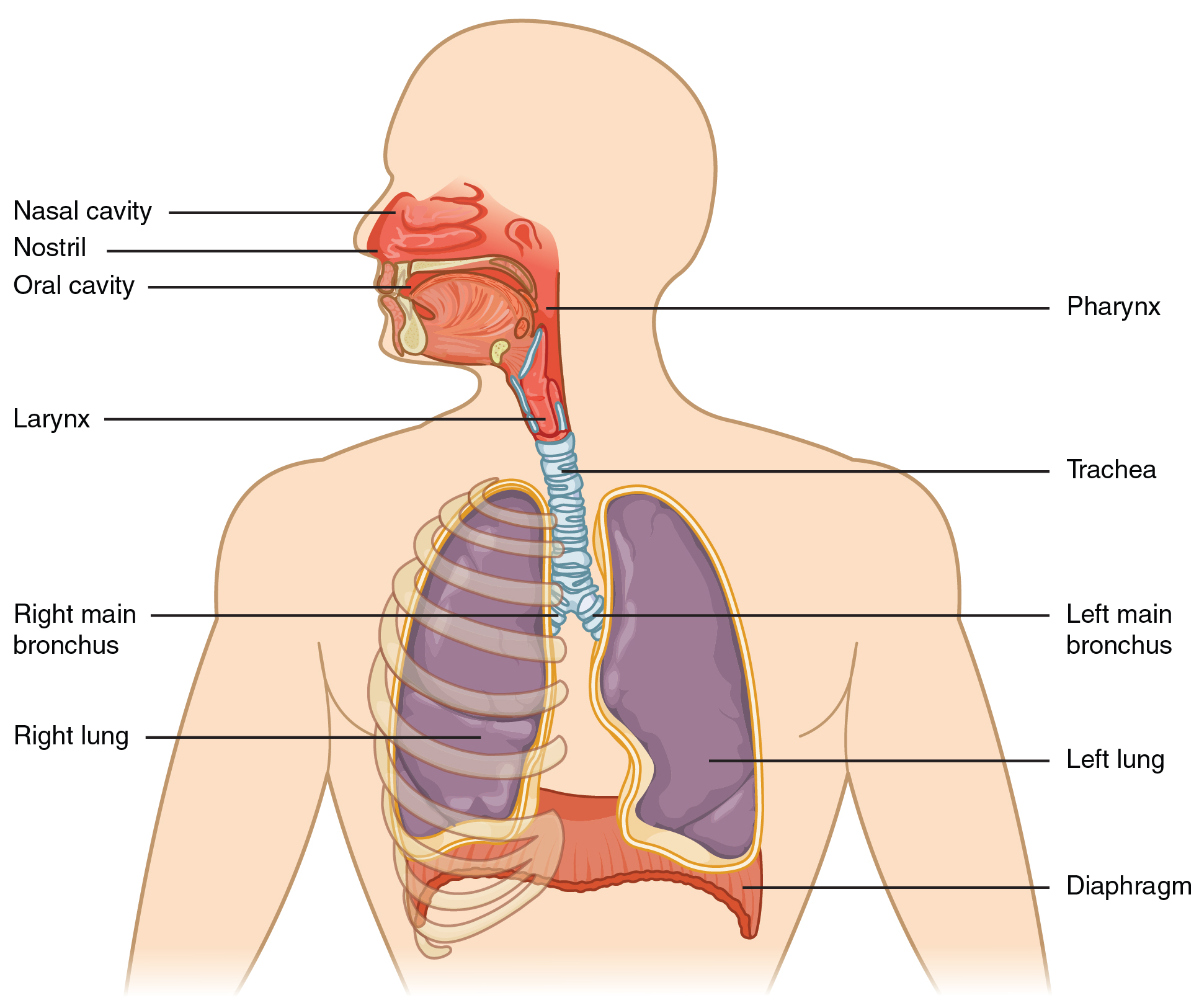 Figure 1. Click for a larger image. The major respiratory structures span the nasal cavity to the diaphragm.

There are four processes of respiration. They are:

In addition to these main processes, the respiratory system serves for:

For the sake of convenience, we will divide the respiratory system in to the upper and lower respiratory tracts:

The upper respiratory tract, can refer to the parts of the respiratory system lying above the sternal angle (outside of the thorax), above the vocal folds, or above the cricoid cartilage. The tract consists of the nasal cavity and paranasal sinuses, the pharynx (nasopharynx, oropharynx and laryngopharynx) and sometimes includes the larynx. Its primary function is to receive the air from the external environment and filter, warm, and humidify it before it reaches the delicate lungs where gas exchange will occur.

Air enters through the nostrils of the nose and is partially filtered by the nose hairs, then flows into the nasal cavity. The nasal cavity is lined with epithelial tissue, containing blood vessels, which help warm the air; and secrete mucous, which further filters the air. The endothelial lining of the nasal cavity also contains tiny hairlike projections, called cilia. The cilia serve to transport dust and other foreign particles, trapped in mucous, to the back of the nasal cavity and to the pharynx. There the mucus is either coughed out, or swallowed and digested by powerful stomach acids. After passing through the nasal cavity, the air flows down the pharynx to the larynx.

The lower respiratory tract or lower airway is derived from the developing foregut and consists of the trachea, bronchi (primary, secondary and tertiary), bronchioles (including terminal and respiratory), and lungs (including alveoli). It also sometimes includes the larynx, which we have done here. This is where gas exchange actually takes place.

The epiglottis is a flap of cartilage located at the opening to the larynx. During swallowing, the larynx (at the epiglottis and at the glottis) closes to prevent swallowed material from entering the lungs; the larynx is also pulled upwards to assist this process. Stimulation of the larynx by ingested matter produces a strong cough reflex to protect the lungs. Note: choking occurs when the epiglottis fails to cover the trachea, and food becomes lodged in our windpipe.

The vocal cords consist of two folds of connective tissue that stretch and vibrate when air passes through them, causing vocalization. The length the vocal cords are stretched determines what pitch the sound will have. The strength of expiration from the lungs also contributes to the loudness of the sound. Our ability to have some voluntary control over the respiratory system enables us to sing and to speak. In order for the larynx to function and produce sound, we need air. That is why we can’t talk when we’re swallowing.

Air travels from the larynx to the trachea (Figure 1). The trachea is a tubular structure consisting of dense connective tissue and rings of hyaline cartilage. The trachea is lined with ciliated pseudostratified columnar epithelium with goblet cells. The epithelium moves substances toward the larynx and esophagus for swallowing. The cartilage rings do not completely encircle the trachea but are open posteriorly. The posterior section of the trachea contains a ligament and smooth muscle known as the trachealis muscle. The trachealis muscle can contract and constrict the trachea. The trachea usually ends at about the level of the fifth thoracic segment. The inferior end of the trachea divides into right and left bronchi at an area known as the carina. The carina is the last tracheal cartilage and forms a cartilage division between the two bronchi.

The trachea ends at the carina and divides into two tubular structures called the right and left primary bronchi. The bronchi then divide into smaller branches called secondary or lobar bronchi and then even smaller branches called tertiary or segmental bronchi. The structure of the bronchi is similar to the trachea with incomplete cartilage rings and smooth muscle. As the bronchi get smaller there is less cartilage and more smooth muscle until reaching the tertiary bronchi that consists entirely of smooth muscle. The smooth muscle can constrict the bronchi and impede air passage. The bronchi continue to branch and form small bronchioles which divide to form terminal bronchioles. The terminal bronchioles divide to form respiratory bronchioles that connect with alveolar ducts. The alveolar ducts give rise to alveoli. Alveoli are considered the functional unit of the lung and consist of Dr. Bruce Forciea Page 560 small hollow areas for gas exchange. The alveolar ducts and alveoli are lined with simple squamous epithelium that allows for gas exchange. The cells of the simple squamous epithelium are called Type I pneumocytes. The alveoli also contain other cells known as type II pneumocytes. These cells secrete a substance known as surfactant that helps to decrease the surface tension in the alveoli. The lungs contain about 300 million alveoli.

The lungs are two cone shaped structures residing in the thoracic cavity. The inferior portion of each lung reaches to the diaphragm. The superior portion extends about one inch above each clavicle. The right lung contains three lobes (superior, middle and inferior) and is larger than the left lung which contains two lobes (superior and inferior). The lobes are separated by fissures. The right lung includes a horizontal and oblique fissure while the left lung only contains an oblique fissure. The medial surface of each lung contains an area known as the hilum where vessels enter and exit. The left lung also contains the cardiac notch which is an indentation for the heart. The lungs are surrounded by two pleural membranes. The surface of each lung contains a visceral pleural membrane that closely adheres to the lung’s surface. Lining the interior of the thoracic wall is the parietal pleural membrane. Both are serous membranes. A fluid known as pleural fluid is secreted by each membrane that reduces friction and helps to hold the membranes together.

Watch this video to learn more about the respiratory system: