If the fossils of the Ediacaran and Cryogenian periods are enigmatic, those of the following Cambrian period are far less so, and include body forms similar to those living today. The Cambrian period, occurring between approximately 542–488 million years ago, marks the most rapid evolution of new animal phyla and animal diversity in Earth’s history. It is believed that most of the animal phyla in existence today had their origins during this time, often referred to as the Cambrian explosion. Echinoderms, mollusks, worms, arthropods, and chordates arose during this period. One of the most dominant species during the Cambrian period was the trilobite, an arthropod that was among the first animals to exhibit a sense of vision (Figure 1). Trilobites were somewhat similar to modern horseshoe crabs. Thousands of different species have been identified in fossil sediments of the Cambrian period; not a single species survives today.

Figure 1. These fossils (a–d) belong to trilobites, extinct arthropods that appeared in the early Cambrian period, 525 million years ago, and disappeared from the fossil record during a mass extinction at the end of the Permian period, about 250 million years ago.

The cause of the Cambrian explosion is still debated, and in fact, it may be that a number of interacting causes ushered in this incredible explosion of animal diversity. For this reason, there are a number of hypotheses that attempt to answer this question. Environmental changes may have created a more suitable environment for animal life. Examples of these changes include rising atmospheric oxygen levels (Figure 2) and large increases in oceanic calcium concentrations that preceded the Cambrian period. 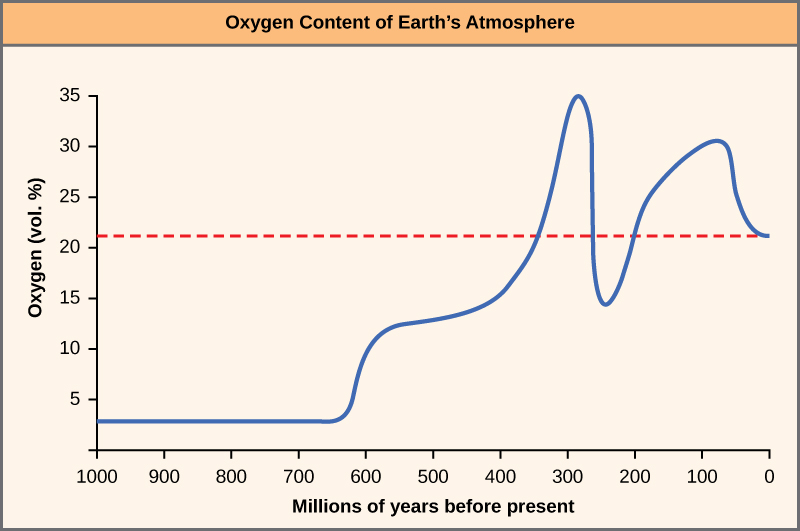 Figure 2. The oxygen concentration in Earth’s atmosphere rose sharply around 300 million years ago.

However, unresolved questions about the animal diversification that took place during the Cambrian period remain. For example, we do not understand how the evolution of so many species occurred in such a short period of time. Was there really an “explosion” of life at this particular time? Some scientists question the validity of this idea, because there is increasing evidence to suggest that more animal life existed prior to the Cambrian period and that other similar species’ so-called explosions (or radiations) occurred later in history as well. Furthermore, the vast diversification of animal species that appears to have begun during the Cambrian period continued well into the following Ordovician period. Despite some of these arguments, most scientists agree that the Cambrian period marked a time of impressively rapid animal evolution and diversification of body forms that is unmatched for any other time period.

You can view the descriptive transcript for “Animation 1: From Oceans: Origins of Life.” here (opens in new window).