A corporation is created by state law, and its continued existence depends upon the statutes of the state in which it is incorporated. As a legal entity, a corporation has most of the rights and privileges of a person. The major exceptions relate to privileges only a living person can exercise, such as the right to vote or to hold public office. A corporation is subject to the same duties and responsibilities as a person. For example, it must abide by the laws, and it must pay taxes.

The corporation can own property, enter into contracts, borrow money, conduct business, earn profit, pay taxes, and make investments similar to the way individuals can.

A corporation may be owned by one stockholder or by millions. These are people who have invested cash or contributed other assets to the business. In return, they receive shares of stock, which are transferable units of ownership in a corporation. Stock can also be thought of as a receipt to acknowledge ownership in the company. The value of the stock that a stockholder receives equals the value of the asset(s) that were contributed. 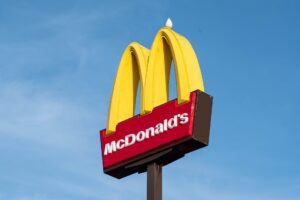 A corporation may be organized for the purpose of making a profit, or it may be not-for-profit. For-profit corporations include such well-known companies as McDonald’s, Nike, PepsiCo, and Facebook.

Classification by ownership differentiates publicly held and privately held corporations. A publicly held corporation, such as IBM, Caterpillar, and Apple, may have thousands of stockholders. When the stock is first issued, the corporation receives the proceeds, but subsequent trading is between individuals and institutions on a national securities exchange such as the New York Stock Exchange or NASDAQ. For example, if you purchased 100 shares of Facebook (NASDAQ: FB) stock at $38 when it first went public in 2012, the company would have received your $3,800 and you would have 100 voting shares of stock out of the 421,233,615 shares that were put on the market (so, a tiny, tiny percentage of ownership). If you had sold those shares of stock on September 2, 2020 for $302.50 per share which was the trading price that day, the buyer would have paid you $302,500 and the company is not involved in the transaction in any way.

In contrast, a privately held corporation usually has only a few stockholders, and does not offer its stock for sale to the general public. Privately held companies are generally much smaller than publicly held companies, although some notable exceptions exist. For instance, Gibson Guitar company is privately held. Ford Motor Company was owned by Henry Ford and a group of investors in the early years, but in the 1930s Henry Ford bought all the stock in order to have complete control over the company. In 1956, his son, Henry Ford II, took the company public. Harley Davidson went public in 1965 and then all the stock was bought by AMF in 1969, making it privately held. In a coup, a group of managers bought all the stock back and took the company public again a few years later. Facebook started out as an informal partnership, which was then turned into an LLC (formed in Florida), and then into a corporation (chartered by the state of Delaware), so the company could go public.

If you damage the property of one of your customers and he submits a claim against you for $10,000, the most you can be liable for as a corporation is the amount you have invested and earned in the business. As a sole proprietorship, however, it is possible the customer can be awarded more than the value of your ownership in the business. You would then have to pay out the difference using your personal money. If you don’t have enough, you could even be forced to sell some of the things you own or make payments from your future wages to pay the claim off. If you are not organized as a corporation, your risk is not limited to the amount you invested and earned in the business.