Corporations have a number of distinguishing characteristics. The most significant of these are:

Let’s look at each of these in turn. 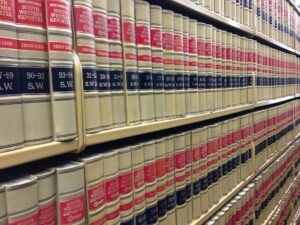 In 1819, Chief Justice John Marshall defined a corporation as “an artificial being, invisible, intangible, and existing only in contemplation of law.” This definition is the foundation for the prevailing legal interpretation that a corporation is an entity separate and distinct from the people who own it.

The life of a corporation is stated in the charter granted by the state, and most modern corporations elect a perpetual life. Since a corporation is a separate legal entity, its continuance as a going concern is not affected by the withdrawal, death, or incapacity of a stockholder, employee, or officer.

It is relatively easy for a corporation to obtain capital through the issuance of stock. Buying stock in a corporation is often attractive to an investor because a stockholder has limited liability and shares of stock are readily transferable. Also, numerous individuals can become stockholders by investing relatively small amounts of money.

Since a corporation is a separate legal entity, creditors have recourse only to corporate assets to satisfy their claims. In most circumstances, creditors have no legal claim on the personal assets of the owners. Even in the event of bankruptcy, stockholders’ losses are generally limited to their capital investment in the corporation. In other words, if you buy stock and the price of the stock drops to zero, that’s the extent of your loss.

A corporation is subject to numerous state and federal regulations. For example, state laws usually prescribe the requirements for issuing stock, the distributions of earnings permitted to stockholders, and the acceptable methods for buying back and retiring stock. Federal securities laws govern the sale of capital stock to the general public. Also, most publicly held corporations are required to make extensive disclosure of their financial affairs to the Securities and Exchange Commission (SEC) through quarterly and annual reports (Forms 10Q and 10K). In addition, when a corporation lists its stock on organized securities exchanges, it must comply with the reporting requirements of these exchanges. 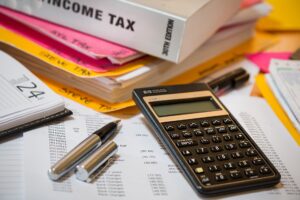 As a legal person, corporations pay federal and state income taxes on earnings. In addition, stockholders must pay taxes on cash dividends (pro rata distributions of net income). In contrast, sole proprietors, partners, and members of an LLC that has elected to be taxed as a partnership report their share of earnings on their personal income tax returns.

Corporate income is taxed at the corporate level, and then the remaining earnings after tax that are distributed to owners are taxed again as dividends; therefore, corporate earnings are said to be subject to “double taxation.”

Stockholders do not have the right to participate actively in the management of the business unless they serve as directors and/or officers. However, stockholders do have certain basic rights, including the right to (1) dispose of their shares, (2) buy additional newly issued shares in a proportion equal to the percentage of shares they already own (called the preemptive right), (3) share in dividends when declared, (4) share in assets in case of liquidation, and (5) participate in management indirectly by voting at the stockholders’ meeting. Stockholders get one vote for every share of stock. 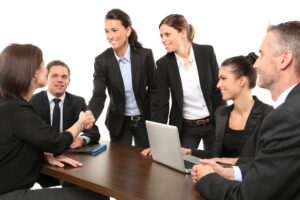 The board’s more specific duties include: (1) authorizing contracts, (2) declaring dividends, (3) establishing executive salaries, and (4) granting authorization to borrow money. The decisions of the board are recorded in the minutes of its meetings. The minutes are an important source of information to an independent auditor, since they may serve as notice to record transactions (such as a dividend declaration) or to identify certain future transactions (such as a large loan).

The president/chief executive officer (CEO) of the corporation is empowered by the bylaws to hire all necessary employees except those appointed by the board of directors.

The corporate secretary maintains the official records of the company and records the proceedings of meetings of stockholders and directors. The treasurer is accountable for corporate funds and may supervise the accounting function within the company. A controller carries out the accounting function. The controller usually reports to the treasurer of the corporation.

The organizational structure of a corporation enables a company to hire professional managers to run the business. On the other hand, the separation of ownership and management often reduces an owner’s ability to actively manage the company. In addition, as became evident in the Enron scandal, managers are often compensated based on the performance of the firm and may own stock as well. They thus may be tempted to exaggerate firm performance by inflating income figures.

As a result of the Sarbanes-Oxley Act, the board is now required to monitor management’s actions more closely. Many feel the failures of Enron, WorldCom, and more recently MF Global could have been avoided by more diligent boards.

As you have learned, a corporation is a legal entity separate and distinct from its owners, so the corporation acts under its own name rather than in the name of its stockholders. Home Depot, Inc. may buy, own, and sell property. It may borrow money, and it may enter into legally binding contracts in its own name. It may also sue or be sued, and it pays its own taxes, just like a real person.