There are two foundational principles of accrual basis accounting:

To recognize something in accounting means to record it.

Sometimes we use the word “realize” to differentiate between when we record something (recognize) and when we actually get it (realize).

Let’s return to our NeatNiks example. On October 15, Nick Frank received $1,500 for services performed, which means that he did the work (cleaning) and the client paid cash right then. The revenue was both realized and recognized at the same time (Nick had you set up an accounting system by now for him and recorded the revenue when he earned it.)

For simple transactions like this, the revenue is recorded as it is billed when using QuickBooks and most other accounting systems. Let’s assume as soon as Nick did the work and entered his time, the system calculated the billing to the customer and emailed the invoice (bill) to the customer who then paid it immediately, before Nick even got back to his home office.

Legally, Nick earned the revenue when the work was deemed acceptable to the client. The fact that the customer paid means the work was most likely acceptable. So, for practical purposes, revenue is recognized and realized at the same time. Assuming again that Nick is using QuickBooks, at the same time Nick pushes the button that sends the invoice to the customer, the system records the revenue.

The cash coming in is a separate transaction. In fact, if Nick is paid in advance and puts the money in the bank, that’s not revenue.

Nick does the work and gets paid at the same time:

If Nick does the work and gets paid later, there are actually two transactions:

Notice a couple of things:

This is the cornerstone of accrual basis accounting: to recognize revenue as it is earned.

Before we move on to a little bit more advanced and technical explanation of revenue recognition, let’s take a look at what happens if the client pays in advance of the work being done.

Nick would record receipt of the cash:

A customer deposit is often called Unearned Revenue (because it was collected before it was earned) but let’s avoid that title because it’s not revenue until it is earned (until Nick does the work). You may have paid a deposit on a rental at some point. Even though you paid that money to the rental company, it’s still your money, and if the deal doesn’t happen, you get the money back (if it’s a refundable deposit).

In this case, if the customer pays Nick in advance, but Nick never shows up to do the work, Nick hasn’t earned the money, and it doesn’t belong to him. The money still belongs to the client. Nick is in possession of the money, but it is not his. In other words, he owes it to the customer (to do the work or refund the money) so it’s a debt. In accounting terms, it’s a liability.

Now, when Nick does the work, he can recognize the revenue (which has already been realized):

Assets (cash) is not affected because we already collected the cash a while back, and now we are just wiping out a debt (customer deposit) by doing the work (and recognizing the revenue).

Again, the rule to memorize is this: recognize (record) revenue as it is earned (regardless of when the cash is collected, or even IF it is collected.)

You may be wondering what happens if the customer never pays. Good question. We’ll tackle that later.

You can read the technical GAAP definition for revenue recognition at the FASB Accounting Standards Codification 605-10-25.

The first is to directly match revenues and expenses. For instance, if Azra owns a little shop and she buys a TV for $129 to resell, she doesn’t record the cost of the TV as an expense. It’s an asset while it is sitting on the shelf (something her business owns). When she sells the TV, say for $439, she records the revenue (because she earned it when she sold the TV) and then she records the cost of the TV as an expense, directly matching the expense to the revenue. Azra made $310 on the sale ($439 revenue − $129 cost).

Another way is to match by time. If a company’s employees earn $2,000 during the month of October, but can’t actually match those wages directly to the revenue of each item sold, it can still match those wages to October revenues. 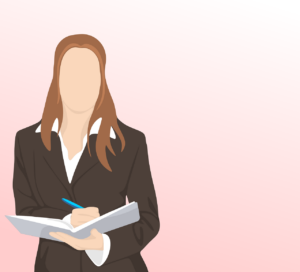 Here’s a slightly deeper look at this: remember to recognize revenue earned during the month of October as October revenue, regardless of when a company gets the actual money. By the same token, recognize expenses during the month incurred, regardless of when they are paid. So, if the company’s employees earned $1,000 for the first 15 days in the month of October, and got paid on the 20th, record that $1,000 in October (no problem). Let’s say they earned another $1,000 for the 16th through the 31st, but the company paid them on the 5th of November. As the company’s accountant, on what date would you record the $1,000 for that second half of October?

You would record the $1,000 on the 31st of October because the matching principle requires us to record expenses as incurred, matching them as best we can to revenues. October expenses match October revenues.

Another common matching technique is similar to matching by time, and that is matching by use or consumption.

A common example of this is supplies. We buy a bunch of supplies during the month, but we don’t record those supplies as an expense until we use them (remember the definition of “expense” means used up). Also, if you purchase an annual insurance policy in the month of October for $12,000, instead of recording the expense as $12,000 in October, you would use the matching principle and record $1,000 of expense in October and the unexpired (unused) portion of the policy as an asset (something you own). In November, you would record (recognize) another $1,000 in insurance expense, and reduce the asset, called Prepaid Insurance, by $1,000, leaving a balance of $10,000 (ten more months), and so on.

This is accrual basis accounting in a nutshell: recognize revenue as earned and expenses as incurred.