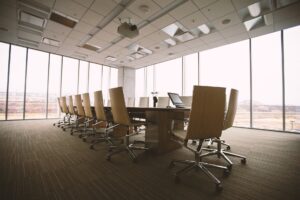 Shares authorized is the number of shares a corporation is allowed to issue (sell). For a large corporation, this is based on a decision by its Board of Directors, a group elected to represent and serve the interest of the stockholders. Authorization is just permission to sell shares of stock; no action has actually taken place yet. Therefore, there is no journal entry for a stock authorization.

Occasionally, a corporation will buy back its own shares on the open market. We call those retired shares treasury stock. The number of issued shares that are still circulating in the open market are referred to as outstanding.

Look at the most current regulatory reports for The Home Depot, Inc. On page 33 of the 2019 annual report, the company reports the following components of stockholders’ equity:

Note this information as of the fiscal year that ended February 2, 2020:

The terms above may be better understood with an analogy to a credit card. If you are approved for a credit card, the terms will include a credit limit, such as $5,000, which is the maximum you are allowed to charge on the card. This is similar to “shares authorized,” the maximum number of shares a company is allowed to issue. The credit limit on a card does not mean you have to charge $5,000 on your first purchase but instead that you may continue to charge purchases up until you have reached a $5,000 maximum. The same holds true for shares issued. Smaller numbers of shares may be sold over time up to the maximum of the number of shares authorized.

If you wish to charge more than your credit limit on a credit card, you may contact the company that issued the card and request an increase in your credit limit. They may or may not grant this request. The same is true for a corporation. If it wishes to issue more shares than the number authorized, it may approach the Board of Directors with this request.

From an accounting standpoint, issuing stock is similar to recording any other contribution of capital, except instead of crediting capital contributions, we credit the Common Stock account:

If the stock is sold on the open market for an amount greater than the par value, which is most often the case, the entry looks like this:

Stock may be issued for assets other than cash, such as services rendered, land, equipment, vehicles, accounts receivable, and inventory. This is more common in small corporations than in larger ones. The journal entries are similar to those for issuing stock for cash. In this case, the value of either the stock or the asset must be known. The assumption is that both the asset and the stock have the same value. In other words, if land is known to be worth $300,000 and is transferred to the corporation in exchange for 15,000 shares of common stock, the journal entry would be:

On the other hand, if the fair market value of the land is unknown but the stock is trading for $20 per share, the journal entry would be:

You can review this material by watching the following video: