Ethics in the Workplace

Ethics is a system of moral principles that provide a framework for decision-making and conduct. Variously derived from culture, philosophy and religion, these principles define what is right and wrong in order to prompt conduct that is good for individuals and society. Practically speaking, ethics is experienced as trust or a belief that an individual or institution will “do the right thing.” Although there are many ethical positions that are generally accepted, there are also a number of issues where there are polarized positions based on differences in perception and priorities, which may reflect socialization (including stereotypes), prejudice and religious doctrine. For example, differences in interpretation—and, therefore, protection—of civil rights is a point of ongoing debate in society, politics, the courts and workplaces, as our discussion of the interpretation of Title VII protection of “sex” in Module 4: Diversity in the Workplace illustrated. Perception and priority differences also impact individual, corporate and government policy positions and action on environmental and social issues such as climate change and pay equity.

What’s important to note is that a person’s perceptions aren’t simply a personal matter; they influence workplace behavior and culture and may represent both a legal and brand liability. 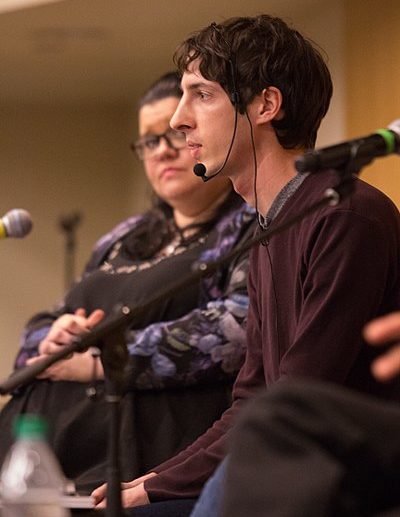 James Damore spoke with two other panelists at Portland State University in 2018.

In July 2017 Google engineer James Damore, a white male, posted a ten page critique of Google’s diversity efforts titled “Google’s Ideological Echo Chamber”[1] to an internal communications board. One of the most provocative points made was that “biological differences between men and women (for example, women’s “agreeableness” and “neuroticism”) might explain why we don’t see equal representation of women in tech and leadership.”

His post, which some conservatives termed a “manifesto,” resulted in Damore being fired for violating Google’s code of conduct by “advancing harmful gender stereotypes in our workplace.” Damore sued, claiming Google discriminates against conservative white men.

Although the case has moved from court to arbitration, the claim of discrimination has since been taken up by President Trump, who drafted (but didn’t finalize) an executive order calling for antitrust investigations of online platforms and Republican senators who claim that Facebook, Google and Twitter are using monopoly power to censor conservative speech.[2]

An area where there is general agreement on ethics is where there is an established code of conduct based on the standards set by a particular profession or professional association. For example, members of the National Association of REALTORS® take a pledge on their induction, agreeing “to abide by the REALTORS’® Code of Ethics and to strive to conform my conduct to its aspirational ideals.”[3] NAR members are required to complete training every other year, and ethics complaints are handled by a system of administration that is, in effect, a private judicial system that may impose judgement in the form of training, fines, suspension or other action.[4] If proved, violation of professional ethics may impact an individual socially and financially, damaging their reputation and reducing their ability to attract clients or other business opportunities.

Note, however, that a code of conduct that isn’t enforced or is enforced selectively can have a disruptive, if not destructive effect. In October 2018, The New York Times reported on Google’s practice of protecting senior executives accused of sexual misconduct. The most inflammatory situation involved Android software creator Andy Rubin, who exited with then CEO Larry Page’s kudos and a $90 million payoff despite a sexual misconduct charge the company investigated and deemed “credible.”[5] Indeed, the hypocrisy revealed in the article prompted a series of walkouts in cities around the world.[6]—a scenario discussed further in the next section. 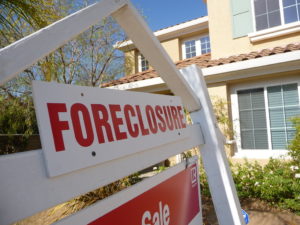 In our complex economy, the impacts of unethical behavior can have national—even global—repercussions. Financial sector misrepresentation of the risk of mortgage-back securities resulted in a mortgage crisis that contributed to the Great Recession[7] in the United States and an economic crisis globally. Of particular concern: an unethical culture, once established, can be hard to eradicate. In April 2019, five banks including Citigroup and JPMorgan agreed to pay European Union fines totaling $1.2 billion (1.07 billion euros) for foreign-exchange trading collusion. Royal Bank of Scotland Group, one of the five banks, stated that “Today’s fine is a further reminder of how badly the bank lost its way in the past and we absolutely condemn the behavior of those responsible. This kind of behavior has no place at the bank we are today; our culture and controls have changed fundamentally during the past ten years.”[8] There is obviously still work to do on implementing the culture change and associated controls. In many cases, fines are the least of the downside risks. An inability to establish and enforce an ethical culture can put the survival of a company—and the interests of stakeholders—at risk.