Measuring and Tracking the Money Supply 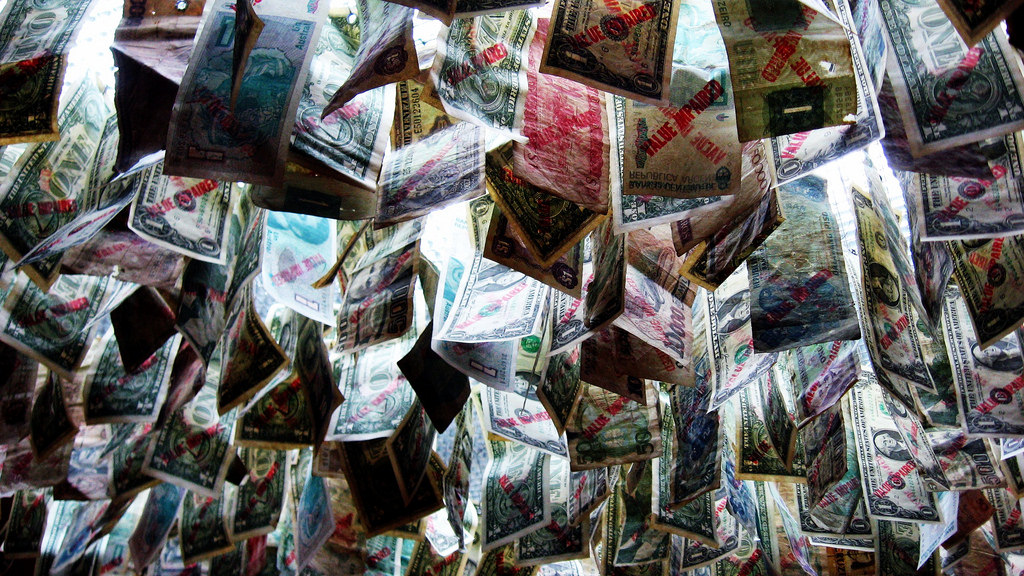 Now that you have a good understanding of money, what qualifies as money, and how money facilitates exchanges between buyers and sellers, we need to look at how money evolves from a medium of exchange to a system. There was a time in the United States when there was no monetary system, and buyers and sellers who traveled from state to state had to carry multiple currencies. The Confederate States of America dollar was issued by the newly formed confederacy just before the outbreak of the American Civil War. It wasn’t backed by hard assets (i.e., commodities) but simply by a promise to pay the bearer after the war, on the prospect of Southern victory and independence. Alabama, Arkansas, Florida, Georgia, Louisiana, Mississippi, South Carolina, Tennessee, Texas, and Virginia each printed and circulated currency that had value only within the state. It was not until 1863 when President Lincoln signed the National Banking Act that the federal dollar was established as the sole currency in the United States.

What about other kinds of currency? Cash in your wallet certainly serves as money, but how about checks or credit cards? Are they money, too? Rather than trying to determine a single way of measuring money, economists offer broader definitions of money based on liquidity. Liquidity refers to how quickly a financial asset can be used to buy a good or service. For example, cash is very liquid. Your $10 bill can easily be used to buy a hamburger at lunchtime. However, $10 that you have in your savings account is not so easy to use. You must go to the bank or ATM machine and withdraw that cash to buy your lunch. Thus, $10 in your savings account is less liquid.

The Federal Reserve Bank, which is the central bank of the United States, is a bank regulator. It’s responsible for monetary policy, and it defines money according to its liquidity. You will learn more about the Federal Reserve System in the next section. There are two definitions of money: M1 and M2 money supply. M1 money supply includes those monies that are very liquid such as cash, checkable (demand) deposits, and traveler’s checks. M2 money supply is less liquid in nature and includes M1 monies plus savings and time deposits, certificates of deposits, and money market funds.

M1 money supply includes coins and currency in circulation—the coins and bills that circulate in an economy that are not held by the U.S. Treasury, at the Federal Reserve Bank, or in bank vaults. Closely related to currency are checkable deposits, also known as demand deposits. These are the amounts held in checking accounts. They are called demand deposits or checkable deposits because the banking institution must give the deposit holder his money “on demand” when a check is written or a debit card is used. These items together—currency, and checking accounts in banks—comprise the money defined as M1, which is measured daily by the Federal Reserve System. Traveler’s checks are also included in M1 but have recently decreased in use.

M2 is a broader category of money. It includes everything in M1 but also adds other types of deposits. For example, M2 includes savings deposits in banks, which are bank accounts on which you cannot write a check directly, but from which you can easily withdraw the money at an automatic teller machine or bank. Many banks and other financial institutions also offer a chance to invest in money market funds, where the deposits of many individual investors are pooled together and invested in a safe way, such as in short-term government bonds. Another portion of M2 are the relatively small (that is, less than about $100,000) certificates of deposit (CDs) or time deposits, which are accounts that the depositor has committed to leaving in the bank for a certain period of time, ranging from a few months to a few years, in exchange for a higher interest rate. In short, all these types of M2 are money that you can withdraw and spend, but which require a greater effort to do so than the items in M1. Figure 1, below, should help you visualize the relationship between M1 and M2. Note that M1 is included in the M2 calculation. 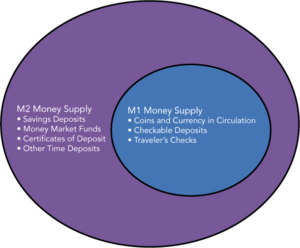 Figure 1. The Relationship between M1 and M2 Money.

The lines separating M1 and M2 can become a little blurry. Sometimes elements of M1 are not treated alike; for example, some businesses will not accept personal checks for large amounts but will accept traveler’s checks or cash. Changes in banking practices and technology have made the savings accounts in M2 more similar to the checking accounts in M1. For example, some savings accounts will allow depositors to write checks, use automatic teller machines, and pay bills over the Internet, which has made it easier to access savings accounts. As with many other economic terms and statistics, the important point is to know the strengths and limitations of the various definitions of money, not to believe that such definitions are as clear-cut to economists as, say, the definition of nitrogen is to chemists.

Where does “plastic money” like debit cards, credit cards, and smart money fit into this picture? A debit card, like a check, is an instruction to the user’s bank to transfer money directly and immediately from your bank account to the seller. It is important to note that in our definition of money, it’s checkable deposits that are money, not the paper check or the debit card. Although you can make a purchase with a credit card, it is not considered money but rather a short term loan from the credit card company to you. When you make a purchase with a credit card, the credit card company immediately transfers money from its checking account to the seller, and at the end of the month, the credit card company sends you a bill for what you have charged that month. Until you pay the credit card bill, you have effectively borrowed money from the credit card company. With a smart card, you can store a certain value of money on the card and then use the card to make purchases. Some “smart cards” used for specific purposes, like long-distance phone calls or making purchases at a campus bookstore and cafeteria, are not really all that smart, because they can only be used for certain purchases or in certain places.

One key message here is that counting and tracking the money in a modern economy doesn’t just involve paper bills and coins; instead, money is closely linked to bank accounts. Indeed, the macroeconomic policies concerning money are largely conducted through the banking system. The next section explains how banks function as an intermediary to financial transactions.