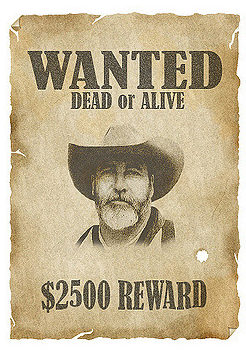 The late bank robber named Willie Sutton was once asked why he robbed banks. He answered: “That’s where the money is.” While this may have been true at one time, from the perspective of modern economists, Sutton is both right and wrong. He is wrong because the overwhelming majority of money in the economy is not in the form of currency sitting in vaults or drawers at banks, waiting for a robber to appear. Most money is in the form of bank accounts, which exist only as electronic records on computers. From a broader perspective, however, the bank robber was more right than he may have known. Banking is intimately interconnected with money and, consequently, with the broader economy.

Banks make it far easier for a complex economy to carry out the extraordinary range of transactions that occur in goods, labor, and financial capital markets. Imagine for a moment what the economy would be like if all payments had to be made in cash. When shopping for a large purchase or going on vacation, you might need to carry hundreds of dollars in a pocket or purse. Even small businesses would need stockpiles of cash to pay workers and to purchase supplies. A bank allows people and businesses to store this money in either a checking account or savings account, for example, and then withdraw this money as needed through the use of a direct withdrawal, writing a check, or using a debit card.

Banks are a critical intermediary in what is called the payment system, which helps an economy exchange goods and services for money or other financial assets. Also, people with extra money that they’d like to save can store their money in a bank rather than look for an individual who is willing to borrow it from them and then repay them at a later date. Those who want to borrow money can go directly to a bank rather than trying to find someone to lend them cash.  Thus, banks act as financial intermediaries—they bring savers and borrowers together. 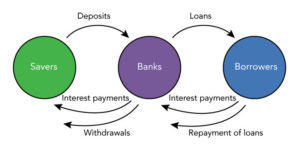 For some concrete examples of what banks do, watch the following video from Paul Solman’s Making Sense of Financial News.

You can view the transcript for “Move Your Money” (opens in new window).