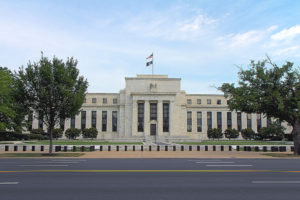 Figure 1. Marriner S. Eccles Federal Reserve Headquarters, Washington, DC. Some of the most influential decisions regarding monetary policy in the United States are made behind these doors.

Money, loans, and banks are all tied together. Money is deposited in bank accounts, which is then loaned to businesses, individuals, and other banks. When the interlocking system of money, loans, and banks works well, economic transactions in goods and labor markets happen smoothly, and savers are connected with borrowers. If the money and banking system does not operate smoothly, the economy can either fall into recession or suffer prolonged inflation.

The government of every country has public policies that support the system of money, loans, and banking. But these policies do not always work perfectly. In this section we will explore how monetary policy works and what may prevent it from working smoothly.

In making decisions about the money supply—that is, the total amount of monetary assets available in an economy at a specific time—a central bank decides whether to raise or lower interest rates. In this way, the central bank can influence macroeconomic policy, with the goal of achieving both low unemployment and low inflation. The central bank is also responsible for regulating all or part of the nation’s larger banking system to protect bank depositors and insure the health of the banks’ finances.

Structure/Organization of the Federal Reserve

Unlike most central banks, the Federal Reserve is semi-decentralized, mixing government appointees with representatives from private-sector banks. At the national level, it is run by a board of governors, consisting of seven members appointed by the president of the United States and confirmed by the Senate. Appointments are for fourteen-year terms and they are arranged so that one term expires January 31 of every even-numbered year. The purpose of the long and staggered terms is to insulate the board of governors as much as possible from political pressure so that policy decisions can be made based only on their economic merits. In addition, except when filling an unfinished term, each member only serves one term, further insulating decision-making from politics. Policy decisions of the Fed do not require congressional approval, and the president cannot ask for the resignation of a Federal Reserve governor as the president can with cabinet positions.

One member of the Board of Governors is designated as the Chair. For example, from 1987 until early 2006, the Chair was Alan Greenspan. From 2006 until 2014, Ben Bernanke held the post. Janet Yellen served as Chair from 2014–2018, and broke new ground as the first woman to hold the post. In 2018 Jerome Powell became the 16th Chair of the Federal Reserve.

Watch the following short video from the Federal Reserve Bank of St. Louis to learn more about the history and purpose of the Federal Reserve. Note especially why the pre-1913 arrangement was not sustainable for a growing nation, and how a central bank can help to stabilize the economy during and after systemic crises such as the Great Recession of 2008.

You can view the transcript for “The Fed in Five” (opens in new window).

The Federal Reserve, like most central banks, is designed to perform the following three important functions:

The Federal Reserve provides many of the same services to banks as banks provide to their customers. For example, all commercial banks have an account at the Fed where they deposit reserves, and they can obtain loans from the Fed through the “discount window,” which will be discussed in the next reading.

The Fed is also responsible for check processing. When you write a check to buy groceries, for example, the grocery store deposits the check in its bank account. Then, the physical check (or an image of that actual check) is returned to your bank, after which funds are transferred from your bank account to the account of the grocery store. The Fed is responsible for how these transactions are handled once the check leaves the cash register and is deposited into the store’s bank account. Does that mean that your check to the grocery store goes all the way to Washington, DC.? No. Instead the regulations that govern how banks handle checks, deposits, withdrawals are regulated by The Federal Reserve Act. This act is the reason that a bank must start paying you interest on a savings deposit the day it is received. It’s also the reason that if you deposit a large check, your bank may tell you that the funds will not be available for three to five business days.

Finally, the Fed is responsible for assuring that banks are in compliance with a wide variety of consumer protection laws. For example, banks are forbidden from discriminating on the basis of age, race, sex, or marital status. Banks are also required to publicly disclose information about the loans they make for buying houses and how those loans are distributed geographically, as well as by sex and race of the loan applicants.