A whistleblower is a person who exposes any kind of information or activity that is deemed illegal, unethical, or not correct within an organization that is either private or public. Many whistleblowers have stated that they were motivated to take action to put an end to unethical practices after witnessing injustices in their businesses or organizations. In addition to ethics, social and organizational pressure are a motivating forces. Individuals are more likely to blow the whistle when several others know about the wrongdoing, because they would otherwise fear consequences for keeping silent. 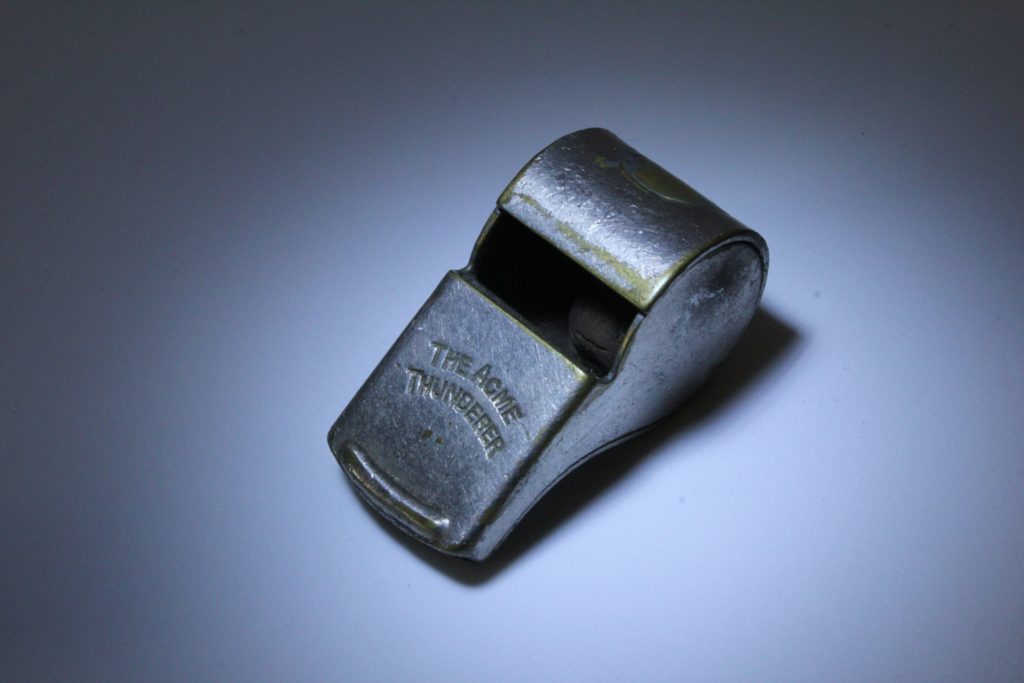 The motivation for whistleblowing isn’t always virtuous, and the outcome isn’t always positive either. There are cases involving employees who blew the whistle as an act of revenge against their employer or supervisor, for instance. While it’s possible for the whistleblower to be viewed as a “hero” for her courage and truth telling, it’s also possible to be seen as a traitor or tattletale—as just one of the many disgruntled employees who are simply trying to get even for a perceived but imaginary injustice.

One of the barriers to whistleblowing is the belief—widespread in the professional world—that individuals are bound to secrecy within their work sector. Accordingly, whistleblowing becomes a moral choice that pits the employee’s loyalty to an employer against the employee’s responsibility to serve the public interest. As a result, in the United States whistleblower protection laws and regulations have been enacted to guarantee freedom of speech for workers and contractors in certain situations. Whistleblowers have the right to file complaints that they believe give reasonable evidence of a violation of a law, rule, or regulation; gross mismanagement; gross waste of funds; an abuse of authority; or a substantial and specific danger to public health or safety.

Whistleblowing is often the subject of heated debate and controversy. The 2013 Edward Snowden case is a good example. He disclosed information exposing the level of NSA surveillance, showing that they data-mined information on hundreds of millions of individuals.

Widely discussed in the media and academia, the verdict on Snowden’s actions is still out: did he behave heroically or traitorously? Is it right to report the shady or suspect practices of the government? How does one choose between loyalty to one’s employer and loyalty to those affected by the employer’s (or government’s) wrongdoing? These are the ethical challenges one faces.

Blowing the Whistle on Financial Fraud

As part of the 2010 Dodd-Frank legislation passed by Congress in response to the 2008 financial crisis, the Securities and Exchange Commission (SEC) established a whistleblower-rewards program to provide employees and other individuals with the opportunity to report financial securities misconduct. More than seven years after starting the Office of the Whistleblower, the SEC reports that the rewards program has recovered almost $1 billion in financial penalties from companies that have done things to damage their own reputation as well as those of employees and other stakeholders.

According to a recent SEC report, 2016 was a banner year for individuals reporting financial wrongdoings and whistleblowers being rewarded for what they discovered. In 2016 alone, more than $57 million was awarded to whistleblowers—an amount greater than the total amount of rewards issued since the program’s inception in 2011.

The whistleblower program is based on three key components: monetary awards, prohibition of employer retaliation, and protection of the whistleblower’s identity. The program requires the SEC to pay out monetary awards to eligible individuals who voluntarily provide original information about a violation of federal securities laws that has occurred, is ongoing, or is about to take place. The information supplied must lead to a successful enforcement action or monetary sanctions exceeding $1 million. No awards are paid out until the sanctions are collected from the offending firm.

A whistleblower must be an individual (not a company), and that individual does not need to be employed by a company to submit information about that specific organization. A typical award to a whistleblower is between 10 and 30 percent of the monetary sanctions the SEC and others (for example, the U.S. attorney general) are able to collect from the company in question.

Through September 2016, the whistleblower program received more than 18,000 tips, with more than 4,200 tips reported in 2016 alone. The program is not limited to U.S. citizens or residents; foreign persons living abroad may submit tips and are eligible to receive a monetary award. In fact, the SEC gave the largest monetary award to date of $30 million to a foreign national living abroad for original information relating to an ongoing fraud.

Despite criticisms from some financial institutions, the whistleblower-rewards program continues to be a success—reinforcing the point that financial fraud will not go unnoticed by the SEC, employees, and others individuals.