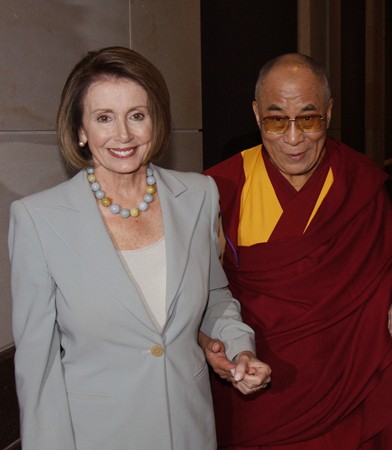 Figure 1. Buddhism promotes peace and tolerance. The 14th Dalai Lama (Tenzin Gyatso) is one of the most revered and influential Tibetan Buddhist leaders. (Photo courtesy of Nancy Pelosi/flickr)

Buddhism was founded by Siddhartha Gautama around 500 B.C.E. Siddhartha was born as a prince in present-day Nepal and was so moved by the suffering in the world, he is said to have given up a comfortable, upper-class life to follow one of poverty and spiritual devotion. At the age of thirty-five, he famously meditated under a sacred fig tree and vowed not to rise before he achieved enlightenment (bodhi). After this experience, he became known as Buddha, or “enlightened one.” Followers were drawn to Buddha’s teachings, known as “dharma,” and the practice of meditation, and he later established a monastic order.

Buddha’s teachings encourage Buddhists to lead a moral life by accepting the four Noble Truths: 1) life is suffering, 2) suffering arises from attachment to desires, 3) suffering ceases when attachment to desires ceases, and 4) freedom from suffering is possible by following the “middle way.” The concept of the “middle way” is central to Buddhist thinking, which encourages people to live in the present and to practice acceptance of others (Smith 1991). Buddha taught that wisdom, kindness, patience, generosity and compassion were important virtues. Buddhism also tends to deemphasize the role of a godhead, instead stressing the importance of personal responsibility (Craig 2002). This is illustrated by five moral principles, which prohibit: 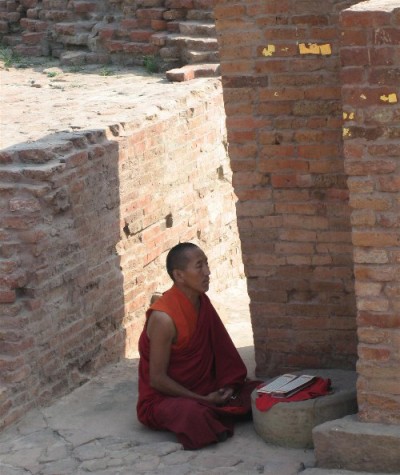 Figure 2. Meditation is an important practice in Buddhism. A Tibetan monk is shown here engaged in solitary meditation. (Photo courtesy of Prince Roy/flickr)

The Four Truths express the basic orientation of Buddhism: people crave and cling to impermanent states and things, which is dukkha, “incapable of satisfying” and painful. This keeps people caught in saṃsāra, the endless cycle of repeated rebirth, dukkha, and dying again. According to Buddhism, there is a way to liberation from this endless cycle to the state of nirvana, namely following the Noble Eightfold Path. The Eightfold Path consists of eight practices: right view, right resolve, right speech, right conduct, right livelihood, right effort, right mindfulness, and right samadhi (“meditative absorption or union”).

Buddhism is the world’s fourth-largest religion, with over 520 million followers, or over 7% of the global population. While some of the main tenets were explained above, Buddhism encompasses a variety of traditions, beliefs, and spiritual practices, and can be further divided into other traditions, which have some variations in their beliefs. The two major extant branches of Buddhism are Theravada (Pali: “The School of the Elders”) and Mahayana (Sanskrit: “The Great Vehicle”). Theravada Buddhism has a widespread following in Sri Lanka and Southeast Asia such as Myanmar and Thailand. Mahayana, which includes the traditions of Pure Land, Zen, Nichiren Buddhism, Shingon and Tiantai (Tendai), is found throughout East Asia.

Vajrayana, a body of teachings attributed to Indian adepts, may be viewed as a separate branch or as an aspect of Mahayana Buddhism. Tibetan Buddhism, which preserves the Vajrayana teachings of eighth-century India, is practiced in the countries of the Himalayan region, Mongolia, and Kalmykia. The Chinese invasion of Tibet in 1959 has led Tibetan Buddhists to live in exile in India since 1959, including His Holiness The Dalai Lama.

Buddhists celebrate several festivals throughout the year, including a Buddhist New Year, Vesak, a festival to celebrate Buddha’s birth, enlightenment, and death, and Uposatha, an observance that encourages Buddhists to recommit to the teachings.[1]

Watch this video to learn about the basic beliefs and practices of Buddhism.