Divorce, while fairly common and accepted in modern U.S. society, was once a word that would only be whispered and was accompanied by gestures of disapproval. In 1960, divorce was generally uncommon, affecting only 9.1 out of every 1,000 married persons. That number more than doubled (to 20.3) by 1975 and peaked in 1980 at 22.6. Over the last quarter century, divorce rates have dropped steadily and are now similar to those in 1970 (Wang 2020). The dramatic increase in divorce rates after the 1960s has been associated with the liberalization of divorce laws, as well as the shift in societal makeup due to women increasingly entering the workforce (Michael 1978). The decrease in divorce rates can be attributed to three probable factors: First, an increase in the age at which people get married, and second, an increased level of education among those who marry—both of which have been found to promote greater marital stability. The third factor is that the marriage rate itself is going down, and with it the divorce rate. In 2019, there were 16.3 new marriages for every 1,000 women age 15 and over in the United States, down from 17.6 in 2009 (Anderson 2020).

Divorce does not occur equally among all people in the United States; some segments of the U.S. population are more likely to divorce than others. According to the American Community Survey (ACS), men and women in the Northeast and Midwest have the lowest rates of divorce. The South generally has the highest rate of divorce. Divorce rates are likely higher in the South because marriage rates are higher and marriage occurs at younger-than-average ages in this region. In the Northeast, the marriage rate is lower and first marriages tend to be delayed; therefore, the divorce rate is lower (Reynolds 2020). Note that these are generalizations. For example, the District of Columbia has a high marriage rate but among the lowest divorce rate (Anderson 2020).

So what causes divorce? While more young people are choosing to postpone or opt out of marriage, those who enter into the union do so with the expectation that it will last. A great deal of marital problems can be related to stress, especially financial stress. According to researchers participating in the University of Virginia’s National Marriage Project, couples who enter marriage without a strong asset base (like a home, savings, and a retirement plan) are 70 percent more likely to be divorced after three years than are couples with at least $10,000 in assets. This is connected to factors such as age and education level that correlate with low incomes.

The addition of children to a marriage creates added financial and emotional stress. Research has established that marriages enter their most stressful phase upon the birth of the first child (Popenoe and Whitehead 2007). This is particularly true for couples who have multiples (twins, triplets, and so on). Married couples with twins or triplets are 17 percent more likely to divorce than those with children from single births (McKay 2010). Another contributor to the likelihood of divorce is a general decline in marital satisfaction over time. As people get older, they may find that their values and life goals no longer match up with those of their spouse (Popenoe and Whitehead 2004).

In 2013, 23 percent of married people had been married before,[1] compared with just 13 percent in 1960. In 2013, 4 out of 10 new marriages included at least one partner who had been previously married and half of these (2 out of 10) include two spouses who were remarrying (Geiger and Livingston 2019). Previously married men are more likely to get married again, with 64 percent getting married twice compared to 52 percent of women, but this could be an indication of desire—54 percent of women say they do not want to remarry as opposed to 30 percent of men (Geiger and Livingston 2019).

People in a second marriage account for approximately 19.3 percent of all married persons, and those who have been married three or more times account for 5.2 percent (U.S. Census Bureau 2011). The vast majority (91 percent) of remarriages occur after divorce; only 9 percent occur after death of a spouse (Kreider 2006). Most men and women remarry within five years of a divorce, with the median length for men (three years) being lower than for women (4.4 years). This length of time has been fairly consistent since the 1950s. The majority of those who remarry are between the ages of twenty-five and forty-four (Kreider 2006). The general pattern of remarriage also shows that whites are more likely to remarry than Hispanics, Blacks, or Asians. 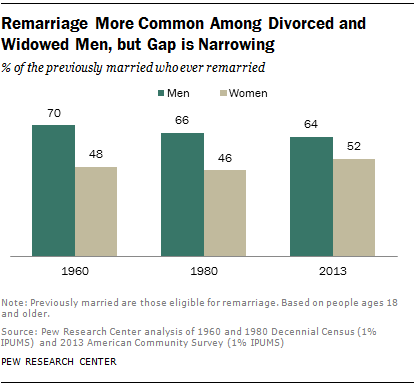 Figure 2. Men are more likely than women to get remarried after divorce. 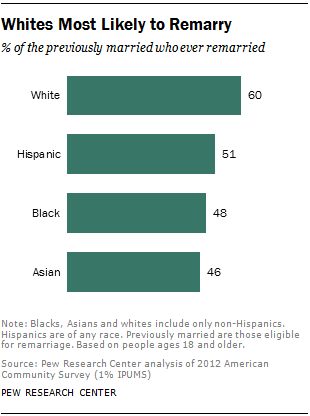 Figure 3. Whites are more likely than other racial and ethnic groups to get remarried.

Children of Divorce and Remarriage

Divorce and remarriage can be stressful on partners and children alike. Divorce is often justified by the notion that children are better off in a divorced family than in a family with parents who do not get along, but many other variables are important, such as the parental involvement of the non-custodial parent and the socioeconomic status of the custodial parent.

Children’s ability to deal with a divorce may depend on their age. Research has found that divorce may be most difficult for school-aged children, as they are old enough to understand the separation but not old enough to understand the reasoning behind it. Older teenagers are more likely to recognize the conflict that led to the divorce but may still feel fear, loneliness, guilt, and pressure to choose sides. Infants and preschool-age children may suffer the heaviest impact from the loss of routine that the marriage offered (Temke 2006).

Proximity to parents also makes a difference in a child’s well-being after divorce. Boys who live or have joint arrangements with their fathers show less aggression than those who are raised by their mothers only. Similarly, girls who live or have joint custody arrangements with their mothers tend to be more responsible and mature than those who are raised by their fathers only. Nearly three-fourths of the children of parents who are divorced live in a household headed by their mother, leaving many boys without a father figure residing in the home (U.S. Census Bureau 2011b). Still, researchers suggest that a strong parent-child relationship can greatly improve a child’s adjustment to divorce (Temke 2006).

Watch It: Families and inequality

On the whole, middle-class parents were more likely to spend time investing in their children’s education while at home and through various extracurricular activities, whereas many of the lower-class parents viewed the schools as specialists and teachers as experts who had the primary responsibility for educating their children. Also due to time and monetary constraints, lower-class children had more unstructured time and autonomy, which also led to greater creativity. Middle-class parents were more likely to read and talk with their kids, be involved in their schoolwork, and supplement their school education.[2]

In her 2003 book, Unequal Childhoods, Lareau used the terms concerted cultivation and accomplishment of natural growth to describe the differences in parenting styles. Each parenting style is described below: