Violence and abuse are among the most disconcerting challenges that today’s families face. Abuse can occur between spouses, between parent and child, as well as between other family members. The frequency of violence among families is difficult to determine because many cases of abuse go unreported. In any case, studies have shown that abuse (reported or not) has a major impact on families and society as a whole. 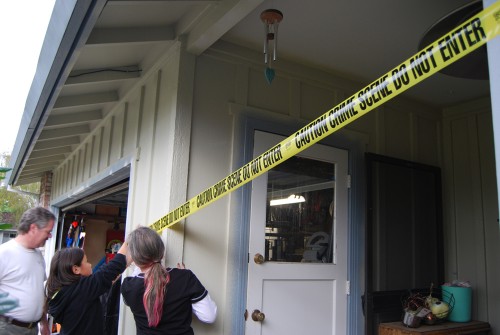 Figure 1. Thirty percent of women who are murdered are killed by their intimate partner. What does this statistic reveal about societal patterns and norms concerning intimate relationships and gender roles? (Photo courtesy of Kathy Kimpel/flickr)

Domestic violence is a significant social problem in the United States. It is often characterized as violence between household or family members, specifically spouses. To include unmarried, cohabitating, and same-sex couples, family sociologists have created the term intimate partner violence (IPV). (Note that healthcare and support personnel, researchers, or victims may use these terms or related ones interchangeably to refer to the same general issue of violence, aggression, and abuse.) According to the National Coalition Against Domestic Violence, nearly 20 people per minute are physically abused by an intimate partner in the United States. During one year, this equates to more than 10 million women and men. Women are the primary victims of intimate partner violence. It is estimated that one in five women has experienced some form of IPV in her lifetime (compared to one in seven men) (Catalano 2007).

IPV may include physical violence, such as punching, kicking, or other methods of inflicting physical pain; sexual violence, such as rape or other forced sexual acts; threats and intimidation that imply either physical or sexual abuse; and emotional abuse, such as harming another’s sense of self-worth through words or controlling another’s behavior. IPV often starts as emotional abuse and then escalates to other forms or combinations of abuse (Centers for Disease Control 2012). IPV includes stalking as well as technological violence (sometimes called cyber aggression), which is committed through communications/social networks or which uses cameras or other technologies to harm victims or control their behavior (Watkins 2016).About 1 in 4 women and 1 in 10 men experienced sexual violence, physical violence, and/or stalking by an intimate partner and reported an IPV-related impact during their lifetime (Centers for Disease Control 2018).

According to the National Intimate Partner and Sexual Violence Survey, IPV affects different segments of the population at different rates with American Indian and Alaskan Native women experiencing the highest levels of IPV at 48 percent compared to 47 percent among multiracial women, 45 percent for Black women, 37 percent for white women, 34 percent for Latinas, and 18 percent Asian/Pacific Islander women. Contact sexual violence, which includes rape and unwanted sexual contact, is experienced by 42.6 percent of women and 24.8 percent of men in the U.S. (Centers for Disease Control 2018). Bisexual women are most likely (61 percent) to experience rape, physical violence, and/or stalking by an intimate partner compared to 44 percent of lesbians, 37 percent of bisexual men, 35 percent of heterosexual women, 29 percent of heterosexual men, and 26 percent of gay men.

For visual representations of this survey data, please see the link at the Intimate Partner Violence Fact Sheet.

Accurate statistics on IPV are difficult to determine, as it is estimated that more than half of nonfatal IPV goes unreported. It is not until victims choose to report crimes that patterns of abuse are exposed. Most victims studied stated that abuse had occurred for at least two years prior to their first report (Carlson, Harris, and Holden 1999). People who have the most to lose by reporting domestic violence, such as women who are in arranged marriages, lack U.S. citizenship, and/or are homeless or involved with the criminal justice system, are likely the most undercounted in these victimization surveys. Also, studies and research methods apply a range of categories, which makes comparative or reinforcing data difficult to obtain. For example, some studies may only ask about IPV in two categories (for example, physical and sexual violence only) and may find fewer respondents reporting IPV than do studies that add psychological abuse, stalking, and technological violence.

Sometimes abuse is reported to police by a third party, but it still may not be confirmed by victims. A study of domestic violence incident reports found that even when confronted by police about abuse, 29 percent of victims denied that abuse occurred. Surprisingly, 19 percent of their assailants were likely to admit to abuse (Felson, Ackerman, and Gallagher 2005). According to the National Criminal Victims Survey, victims cite varied reasons why they are reluctant to report abuse, as shown in the table below.

Many college students encounter IPV, as well. Overall, psychological violence seems to be the type of IPV college students face most frequently, followed by physical and/or sexual violence (Cho & Huang, 2017). Of high schoolers who report being in a dating relationship, 10% experience physical violence by a boyfriend or girlfriend, 7% experience forced sexual intercourse, and 11% experience sexual dating violence. Seven percent of women and four percent of men who experience IPV are victimized before age 18 (NCJRS 2017). IPV victimization during young adulthood, including the college years, is likely to lead to continuous victimization in adulthood, possibly throughout a lifetime (Greenman & Matsuda, 2016)

Watch It: Why Does She Stay?

Leslie Morgan Steiner tells her story of experiencing severe domestic violence as a young woman. Listen carefully as she describes the stages of domestic violence. What are the early signs?

After watching the TEDTalk, do you have an answer to the question, “Why does she stay?”

In the fiscal year 2017, approximately 4.3 million children are the subjects of Child Protective Services (CPS) Reports. This number includes duplicates (more than one report for the same child), with and the majority (65.7 percent) of these reports made by professionals such as education personnel (19.4 percent), legal and law enforcement personnel (18.3 percent), and social services personnel (11.7 percent) [1]. Of these, 17 percent or 674,000 are classified as victims, with 74.9 percent of victims described as neglected, 18.3 percent as physically abused, and 8.6 percent as sexually abused. These victims may suffer a single maltreatment type or a combination of two or more maltreatment types. An estimated 1,720 children died of abuse and neglect at a rate of 2.32 per 100,000 children in the national population.

Infants are also often victims of physical abuse, particularly in the form of violent shaking. This type of physical abuse is referred to as shaken-baby syndrome, or abusive head trauma, which describes a group of medical symptoms such as brain swelling and retinal hemorrhage resulting from forcefully shaking or causing impact to an infant’s head. A baby’s cry is the number one trigger for shaking. Parents may find themselves unable to soothe a baby’s concerns and may take their frustration out on the child by shaking him or her violently. Other stress factors such as a poor economy, unemployment, and general dissatisfaction with parental life may contribute to this type of abuse. While there is no official central registry of shaken-baby syndrome statistics, it is estimated that each year 1,400 babies die or suffer serious injury from being shaken (Barr 2007).

In a study conducted by the Medill Justice Project using nearly 3,000 cases nationwide, 72.5 percent of those accused of shaken-baby syndrome crimes are men, while 27.5 percent are women [2]. The gender discrepancy found in this study has been attributed to socialization and to the ways in which men are, or are not, taught how to care for infants. Other studies have questioned whether males are more likely to be the perpetrators or are just more easily convicted based on their size and strength.

Tendency toward physical punishment may be affected by culture and education. Those who live in the South are more likely than those who live in other regions to spank their child. Those who do not have a college education are also more likely to spank their child (Crandall 2011). Currently, 19 states officially allow spanking in the school system; however, many parents may object and school officials must follow a set of clear guidelines when administering this type of punishment.[3] Studies have shown that spanking is not an effective form of punishment and may lead to aggression by the victim, particularly in those who are spanked at a young age (Berlin 2009).

Although definitions of child abuse vary, international studies conducted by the World Health Organization have shown that a quarter of all adults report having been physically abused as children and 1 in 5 women and 1 in 13 men report having been sexually abused as a child. Additionally, many children are subject to emotional abuse (sometimes referred to as psychological abuse) and to neglect.

In armed conflict and refugee settings, girls are particularly vulnerable to sexual violence, exploitation and abuse by combatants, security forces, members of their communities, aid workers and others.

Watch the UNICEF clip below about the story of a child soldier in South Sudan.

Child abuse occurs at all socioeconomic and education levels and crosses ethnic and cultural lines. Just as child abuse is often associated with stresses felt by parents, including financial stress, parents who demonstrate resilience to these stresses are less likely to abuse (Samuels 2011). As a parent’s age increases, the risk of abuse decreases. Children born to mothers who are fifteen years old or younger are twice as likely to be abused or neglected by age five than are children born to mothers ages twenty to twenty-one (George and Lee 1997).

Drug and alcohol use is also a known contributor to child abuse. Children raised by substance abusers have a risk of physical abuse three times greater than other kids, and neglect is four times as prevalent in these families (Child Welfare Information Gateway 2011). Other risk factors include social isolation, depression, low parental education, and a history of being mistreated as a child. Approximately 30 percent of abused children later abuse their own children (Child Welfare Information Gateway 2006).

The Child Welfare Information Gateway from the U.S. Department of Health and Human Services provides tools, resources, and publications related to child welfare.