Putting It Together: Marriage and Family 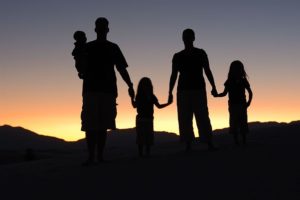 In this module, you learned about the marriage, family, and the role that families play in social development. The first and most important socializing agency a person encounters in life is the family. As a primary group, it teaches children how to navigate their culture by serving as the first agent of socialization. While this helps individuals to develop a sense of identity, we also learned to view family from the various sociological perspectives and saw that the family can sometimes reproduce societal inequalities or be a place of abuse or neglect.

While the nuclear family is considered the “traditional” family and consists of a mother, father, and the children, the two-parent nuclear family has become less prevalent, and alternative family forms, such as same-sex couples, single-parent households, cohabitating couples, blended families, couples without children, and adopting individuals are more common. Families also have fewer children than in the past.

This video of sociologists Kathryn Edin explains how her research dispelled the myth that some poor families have children simply to collect welfare. Instead, she shows that in economically disadvantaged areas such Camden, New Jersey, parents may typically be younger than elsewhere in America, but they are still thoughtful and hopeful as they become parents, despite facing the obstacles associated with poverty. As you can see, there’s no one right way to “do” a family.