There are several major manifest functions associated with education. The first is socialization. Beginning in preschool and kindergarten, students are taught to practice various societal roles that extend beyond the school setting. The French sociologist Émile Durkheim (1858–1917), who is regarded as one of the founders of the academic discipline of sociology, characterized schools as “socialization agencies that teach children how to get along with others and prepare them for adult economic roles” (Durkheim 1898). Indeed, it seems that schools have taken on this responsibility in full.

This socialization also involves learning the rules and norms of the society as a whole. In the early days of compulsory education, students learned the dominant culture. Today, since the culture of the United States is increasingly diverse, students may learn a variety of cultural norms, not only that of the dominant culture. Conflict theorists, as we will discuss in the next section, would argue that we continue to instill dominant values in schools.

School systems in the United States also transmit the core values of the nation through manifest functions like social control. One of the roles of schools is to teach students conformity to law and respect for authority. Obviously, such respect, given to teachers and administrators, will help a student navigate the school environment. By organizing schools as bureaucracies, much like what is found in the labor market and in other social institutions, schools teach children what is commonly referred to as “the hidden curriculum.” We will expand on this in the following section on conflict theory. This function also prepares students to enter the workplace and the world at large, where they will continue to be subject to people who have authority over them. Fulfillment of this function rests primarily with classroom teachers and instructors who are with students all day.

Education also provides one of the major methods used by people for upward social mobility through allowing individuals of all social backgrounds to gain credentials that will broaden their prospects in the future. This function is referred to as social placement. Colleges and graduate schools are viewed as vehicles for moving students closer to the careers that will give them the financial freedom and security they seek. As a result, college students are often more motivated to study areas that they believe will be advantageous on the socio-economic ladder. A student might value business courses over a class in Victorian poetry because she sees business coursework as a stronger vehicle for financial success and for higher placement within the social hierarchy.

Education also fulfills latent functions. As you well know, much goes on in a school that has little to do with formal, programmatic education. For example, you might notice an attractive fellow student when they give a particularly interesting answer in class—catching up with them and making a date speaks to the latent function of courtship fulfilled by exposure to a peer group in the educational setting.

The educational setting introduces students to social networks that might last for years and can help people find jobs after their schooling is complete. Of course, with the increase in social media platform use such as Facebook and LinkedIn, these networks established in school environments are easier than ever to maintain. Another latent function is the ability to work with others in small groups, a skill that is transferable to a workplace and that might not be learned in a homeschool setting.

The educational system, especially as experienced on university campuses, has traditionally provided a place for students to learn about various social issues. There is ample opportunity for social and political advocacy, as well as the ability to develop tolerance to the many views represented on campus. In 2011, the Occupy Wall Street movement swept across college campuses all over the United States, leading to demonstrations in which diverse groups of students were unified with the purpose of changing the political climate of the country. Social and political advocacy can take many forms, from joining established programs on international development to joining a particular party-affiliated group to supporting non-profit clubs at your school. 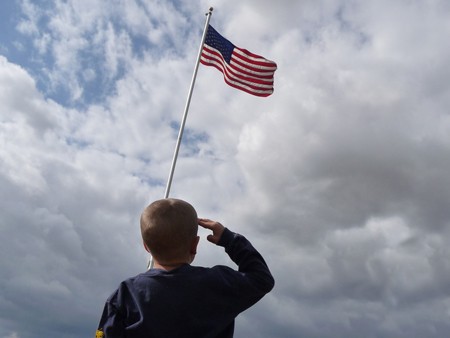 Figure 1. Starting each day with the Pledge of Allegiance is one way in which students are taught patriotism. (Photo courtesy of Jeff Turner/flickr)

Functionalists recognize other ways that schools educate and enculturate students. One of the most characteristic American values students in United States schools learn is that of individualism—the valuing of the individual over the value of groups or society as a whole. In countries such as Japan and China, where the good of the group is valued over the rights of the individual, students do not learn as they do in the United States that the highest rewards go to the “best” individual in academics or athletics. One of the roles of schools in the United States is fostering self-esteem; conversely, schools in Japan focus on fostering social esteem—the honoring of the group over the individual. As such, schools in the U.S. and around the world are teaching their students about larger national ideals and fostering institutions that are conducive to the cultural imprinting of those ideas.

In the United States, schools also fill the role of preparing students for competition in life. Obviously, athletics foster a competitive ethos, but even in the classroom students compete against one another academically. Schools also aid in teaching patriotism. Students recite the Pledge of Allegiance each morning and take history classes where they learn about national heroes and the nation’s past. The practice of saying the Pledge of Allegiance has become controversial in recent years, with individuals arguing that requiring or even expecting children to pledge allegiance is unconstitutional and as such may face legal challenges to its validity.[1][/footnote]

Another role of schools, according to functionalist theory, is that of sorting, or classifying students based on academic merit or potential. The most capable students are identified early in schools through testing and classroom achievements. Such students are placed in accelerated programs in anticipation of successful college attendance, a practice that is referred to as tracking, and which has also generated substantial opposition, both in the United States and abroad. This will be further discussed as it pertains to conflict theory, but a majority of sociologists are against tracking in schools because research has found that the positive effects of tracking do not justify the negative ones. Functionalists further contend that school, particularly in recent years, is taking over some of the functions that were traditionally undertaken by family. Society relies on schools to teach their charges about human sexuality as well as basic skills such as budgeting and filling out job applications—topics that at one time were addressed within the family.

social placement:
the use of education to improve one’s social standing