Health and Inequality in the United States

Health by Race and Ethnicity

When looking at the social epidemiology of the United States, it is hard to miss the disparities among races. Racial minorities exhibit lower life expectancy and a higher likelihood of death by heart disease and stroke. In terms of infant mortality, indigenous populations have an infant mortality rate that is 60% higher than the rate for whites, while infants born to African American women exhibited the highest rate of infant mortality.[1] According to a report from the Henry J. Kaiser Foundation (2007), African Americans also have a higher incidence of several other diseases and causes of mortality, from cancer to heart disease to diabetes. In a similar vein, it is important to note that ethnic minorities, including Mexican Americans and Native Americans, also have higher rates of these diseases and causes of mortality than whites.

Lisa Berkman (2009) notes that this gap started to narrow during the Civil Rights movement in the 1960s, but it began widening again in the early 1980s. What accounts for these perpetual disparities in health outcomes among different ethnic groups? Much of the answer lies in the level of healthcare that these groups receive. The National Healthcare Disparities Report (2010) shows that even after adjusting for insurance differences, racial and ethnic minority groups receive poorer quality of care and less access to care than dominant groups. The Report identified these racial inequalities in care:

The Hispanic Paradox: The Curious Case of Hispanics in the United States

Recent academic research by Lariscy, Hummer, and Hayward (2015)[2] has sought to explore what is traditionally known as the Hispanic paradox of health. The paradox suggests that Hispanic older adult mortality is similar to that of whites and that it actually exceeds white life expectancy, despite their initial lower life expectancy at birth and their socioeconomic disadvantage, which is comparable to the one found among African Americans. These scholars found that Hispanics, regardless of where they were born, exhibit higher life expectancy as adults than any other group. Foreign-born Hispanics living in the U.S. have an even higher life expectancy and exhibit lower mortality ratios for lung cancer and respiratory diseases, which is likely a result of lower rates of smoking. All of this despite their lower socioeconomic status—this suggests that the protective influence of lower smoking prevalence among Hispanics is slightly offsetting their socioeconomic disadvantage.

Discussions of health by race and ethnicity often overlap with discussions of health by socioeconomic status, since the two concepts are intertwined in the United States. As the Agency for Health Research and Quality (2010) notes, “racial and ethnic minorities are more likely than non-Hispanic whites to be poor or near poor,” so many of the data pertaining to subordinate groups is also likely to be pertinent to low socioeconomic groups. Marilyn Winkleby and her research associates (1992) state that “one of the strongest and most consistent predictors of a person’s morbidity and mortality experience is that person’s socioeconomic status (SES). This finding persists across all diseases with few exceptions, continues throughout the entire lifespan, and extends across numerous risk factors for disease.” Morbidity is the incidence of disease.

It is important to remember that economics are only part of the SES picture; research suggests that education also plays an important role. Phelan and Link (2003) note that many behavior-influenced diseases like lung cancer (from smoking), coronary artery disease (from poor eating and exercise habits), and AIDS initially were widespread across SES groups. However, once information linking habits to disease was disseminated, these diseases decreased in high SES groups and increased in low SES groups. This illustrates the important role of education initiatives regarding a given disease, as well as possible inequalities in how those initiatives effectively reach different SES groups.

Not unique to the United States, there is a pattern of social gradient in health based on education and socioeconomic status: wealthier and more educated households, on average, exhibit longer life expectancy at birth.

Figure 1. Life expectancy at birth by years of education, disaggregated by race and gender.

Women are affected adversely both by unequal access to and institutionalized sexism in the healthcare industry. According a report from the Kaiser Family Foundation, women experienced a decline in their ability to see needed specialists between 2001 and 2008. In 2008, one quarter of females questioned the quality of her healthcare (Ranji and Salganico 2011). In this report, we also see the explanatory value of intersection theory. Recall that feminist sociologist Patricia Hill Collins developed this theory, which suggests we cannot separate the effects of race, class, gender, sexual orientation, and other attributes. Further examination of the lack of confidence in the healthcare system by women, as identified in the Kaiser study, found, for example, women categorized as low income were more likely (32 percent compared to 23 percent) to express concerns about healthcare quality, illustrating the multiple layers of disadvantage caused by race and sex.

We can see an example of institutionalized sexism in the way that women are more likely than men to be diagnosed with certain kinds of mental disorders. Psychologist Dana Becker notes that 75 percent of all diagnoses of Borderline Personality Disorder (BPD) are for women, according to the Diagnostic Statistical Manual of Mental Disorders. This diagnosis is characterized by instability of identity, of mood, and of behavior, and Becker argues that it has been used as a catch-all diagnosis for too many women. She further decries the pejorative connotation of the diagnosis, saying that it predisposes many people, both within and outside of the profession of psychotherapy, against women who have been so diagnosed (Becker). This is an example of how BPD is a gendered medical condition.

Many critics also point to the medicalization of women’s issues as an example of institutionalized sexism. Medicalization refers to the process by which previously normal aspects of life are redefined as deviant and thus requiring medical attention. Historically and contemporaneously, many aspects of women’s lives have been medicalized, including menstruation, pre-menstrual syndrome, pregnancy, childbirth, and menopause. The medicalization of pregnancy and childbirth has been particularly contentious in recent decades, with many women opting out of the institutional medical process and choosing a more natural childbirth, perhaps at home and with the aid of a midwife. Fox and Worts (1999) find that all women experience pain and anxiety during the birth process, but that social support relieves both as effectively as medical support. In other words, medical interventions are no more effective than social ones at helping with the difficulties of pain and childbirth. Fox and Worts further found that women with supportive partners ended up with less medical intervention and fewer cases of postpartum depression. Of course, access to quality birth care outside the standard medical models may not be readily available to women of all social classes, and we again see the intersectionality of socioeconomic status and other markers of disadvantage or exclusion.

Watch this video from Healthcare Triage “U.S. Maternal Mortality is Much Higher for African-Americans” to learn more about the statistics and history of unjust medical treatment for Black women in the United States and measures that can be taken to improve maternal care for Black women.

The State of Health in the United States: The Opioid Epidemic

The opioid epidemic, which is really a subset narrative of significant increases in fatal drug overdoses, affects all races, ethnicities, genders, geographical locations, and socioeconomic groups. By 2016, overdoses from heroin and other opioids kill over 27,000 people annually.[3] (Note that “opioid” is a broad category that includes naturally-derived opiate substances like heroin as well as synthetic substances such as Oxycontin and fentanyl.) The opioid crisis is very closely linked to healthcare: a dozen states have more opioid prescriptions than people, suggesting that, on average, all individuals have been prescribed at least one drug. As such, healthcare providers are directly involved in the crisis, albeit not the culprit of it. Here are a few facts and graphics from PBS (2017) about the opioid crisis: 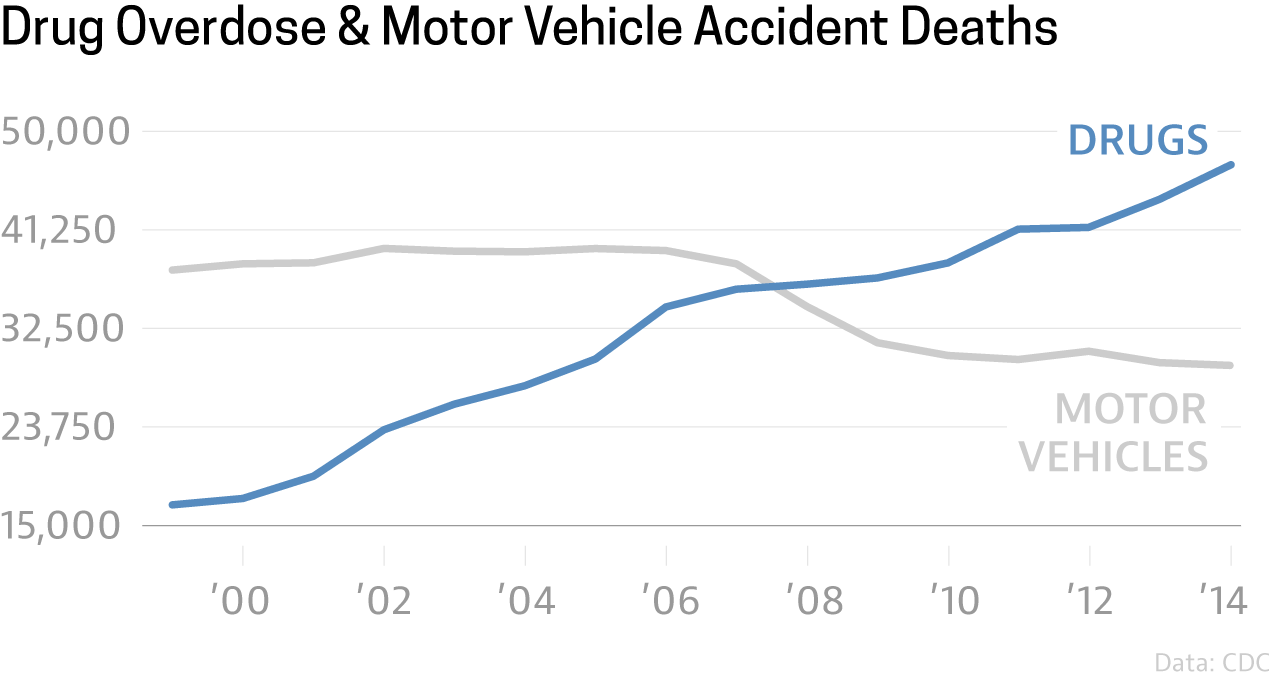 Figure 3. All races and ethnic groups have been affected by the opioid crisis.

Watch this video to better understand the extent of the opioid epidemic in the U.S., the most detrimental drug crisis in American history, and a challenge faced by the medical field, sociologists, policymakers, and everyday people.

According to the National Institute of Health, examining sleep hygiene is the first step in trying to solve a problem with sleeplessness.

For many people in the United States, however, making changes in sleep hygiene does not seem to be enough. According to a 2006 report from the Institute of Medicine, sleeplessness is an underrecognized public health problem affecting up to 70 million people. It is interesting to note that in the months (or years) after this report was released, advertising by the pharmaceutical companies behind Ambien, Lunesta, and Sepracor (three sleep aids) averaged $188 million weekly promoting these drugs (Gellene 2009).

According to a study in the American Journal of Public Health (2011), prescriptions for sleep medications increased dramatically from 1993 to 2007. While complaints of sleeplessness during doctor’s office visits more than doubled during this time, insomnia diagnoses increased more than sevenfold, from about 840,000 to 6.1 million. The authors of the study conclude that sleeplessness has been medicalized as insomnia, and that “insomnia may be a public health concern, but potential overtreatment with marginally effective, expensive medications with nontrivial side effects raises definite population health concerns” (Moloney, Konrad, and Zimmer 2011). Indeed, a study published in 2004 in the Archives of Internal Medicine shows that cognitive behavioral therapy, not medication, was the most effective sleep intervention (Jacobs, Pace-Schott, Stickgold, and Otto 2004).

A century ago, people who couldn’t sleep were told to count sheep. Now they pop a pill, and all those pills add up to a very lucrative market for the pharmaceutical industry. Is this industry behind the medicalization of sleeplessness, or is it just responding to a need?

epidemiology:
the study of the incidence, distribution, and possible control of diseases

medicalization:
the process by which aspects of life that were considered bad or deviant are redefined as sickness and needing medical attention to remedy

morbidity:
the incidence of disease

mortality:
the number of deaths in a given time or place