In the United States, the healthcare system is more complex than what is found in other countries—there is no uniform health system nor universal healthcare coverage provided (Citation P), and it is more of a hybrid system that what is found in other developed nations. In 2014, 48% of healthcare spending came from private funds, both from businesses and individuals, 28% came from the federal government, and 17% came from state and local governments (Citation P). Political changes have also resulted in drastic policy changes regarding healthcare.[1]

The two main public, government funded healthcare programs are Medicare, which provides health services to people over sixty-five years old as well as people who meet certain standards for disability, and Medicaid, which provides services to people with very low incomes who meet other eligibility requirements. Other government-funded programs include service agencies focused on Native Americans (the Indian Health Service), Veterans (the Veterans Health Administration), and children (the Children’s Health Insurance Program).

With all these insurance options, ranging from government-provided to employee-provided and individual-provided, insurance coverage must be almost universal, right? Unfortunately, the U.S. Census Current Population Survey of 2013 showed that 18 percent of people in the United States had no health insurance at all. Equally alarming, a study by the Commonwealth Fund showed that in 2010, 81 million adults were either uninsured or underinsured; that is, people who pay at least 10 percent of their income on healthcare costs not covered by insurance or, for low-income adults, those whose medical expenses or deductibles are at least 5 percent of their income (Schoen, Doty, Robertson, and Collins 2011). The Commonwealth study further reported that while underinsurance had historically been an issue that low-income families faced, today it is affecting middle-income families more and more. 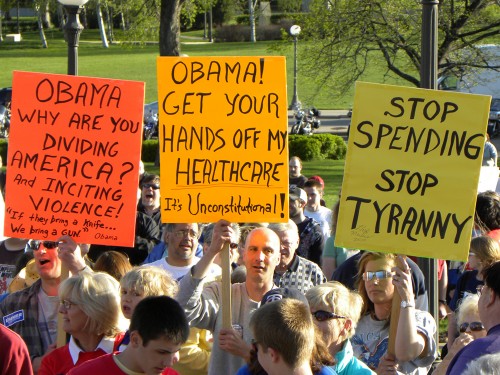 Figure 1. Some in the United States worry that governmental oversight of healthcare represents a federal overstepping of constitutional guarantees of individual freedom. Others welcome a program that they believe will make healthcare accessible and affordable to everyone. (Photo courtesy of Fibonacci Blue/flickr)

Why were so many people uninsured or underinsured? Skyrocketing healthcare costs were part of the issue. Many people cannot afford private health insurance, but their income level is not low enough to meet eligibility standards for government supported insurance. Further, even for those who are eligible for Medicaid, the program is less than perfect. Many physicians refuse to accept Medicaid patients, citing low payments and extensive paperwork (Washington University Center for Health Policy, n.d.).

Healthcare in the United States looks different today than it did just a few years ago—a result of changes in policy, such as the Affordable Care Act (PPACA or ACA or “ObamaCare”). You’ve probably heard of ObamaCare at some point—but what did it seek to do? ObamaCare expanded eligibility to programs like Medicaid and CHIP, helped guarantee insurance coverage for people with pre-existing conditions, and established regulations to make sure that the premium funds collected by insurers and care providers go directly to medical care. It also included an individual mandate, which required everyone to have insurance coverage by 2014 or pay a penalty in their taxes. A series of provisions, including significant subsidies, were intended to address the discrepancies in income that are currently contributing to high rates of uninsurance and underinsurance.

While the program has been controversial and something of a flashpoint for strongly partisan politics, in 2012 the U.S. Supreme Court upheld the constitutionality of the PPACA’s individual mandate. According to Blumenthal (2014), by 2014, 20 million people in the United States had gained health insurance under PPACA. This lowered the number of uninsured people to 13 percent. Three years later, by 2017, healthcare reform had lowered the number of uninsured people to the lowest it has ever been in the United States. In 2017, less than 9% of the population was uninsured at some point during the year[2]—a drastic drop relative to the alarming 18% in the early 2010’s. Over half of the population was insured by an employer, over one third was covered by government-funded programs, and the rest were either covered by direct-purchase or by military funding.

The PPACA remains contentious and at the forefront of political debates. The Supreme Court ruled in the case of National Federation of Independent Businesses v. Sebelius in 2012, that states cannot be forced to participate in the PPACA’s Medicaid expansion. This ruling has opened the door to challenges to the PPACA in Congress and the Federal courts, in some state governments, and among conservative groups and independent businesses.

Still confused about the healthcare system in the United States? Watch this video for clarification.

One critique of the Patient Protection and Affordable Care Act is that it will create a system of socialized medicine, a term that for many people in the United States has negative connotations lingering from the Cold War era and earlier. Under a socialized medicine system, the government owns and runs the system. It employs the doctors, nurses, and other staff, and it owns and runs the hospitals (Klein 2009). The best example of socialized medicine is in Great Britain, where the National Health System (NHS) gives free healthcare to all its residents. And despite some U.S. citizens’ knee-jerk reaction to any healthcare changes that hint of socialism, the United States has one socialized system in the form of the Veterans Health Administration.

WHO, which is the health arm of the United Nations, set eight Millennium Development Goals (MDGs) in 2000 with the aim of reaching these goals by 2015. Some of the goals dealt more broadly with the socioeconomic factors that influence health, but MDGs 4, 5, and 6 all related specifically to large-scale health concerns, the likes of which most people in the United States will never contemplate. MDG 4 was to reduce child mortality, MDG 5 aimed to improve maternal health, and MDG 6 strived to combat HIV/AIDS, malaria, and other diseases. The goals may not seem particularly dramatic, but the numbers behind them show how serious they are. In 2015, these goals were revised and were turned into the UN’s Sustainable Development Goals—one of which is focused specifically on Good Health and Well-Being, another which is focused on Clean Water and Sanitation, and a myriad of other goals that would support the implementation and improvement of healthcare systems (Citation S). These goals seek to show tangible results by 2030.

The fact that these goals, some of which are closely related to healthcare, remain at the forefront of the United Nations’ agenda suggests that preventable deaths and medical conditions continue to be an international issue. Maternal mortality has fallen by 37% since 2000, yet the maternal mortality ratio in developing countries is 14 times higher in developing regions relative to mothers in developed regions (Citation R). 37 million people globally were living with HIV in 2017, with tuberculosis being the leading cause of death among people living with HIV, accounting for roughly one third of deaths. Malaria incidence rates have dropped, as have mortality rates, but millions are still affected.[5] Access to healthcare would lower these numbers and improve the lives of individuals around the world.

An important component of disease prevention and control is epidemiology, or the study of the incidence, distribution, and possible control of diseases. Fear of Ebola contamination, primarily in Western Africa but also to a smaller degree in the United States, became national news in the summer and fall of 2014 and again in 2018, and Zika virus outbreaks in the Pacific Islands as well as in South America, now spreading to Central and North America, have been alarming. Countries might have their own healthcare systems, but we live in an increasingly globalized and interconnected world, and the consequences of one system of healthcare do not stop at the country’s borders.

In 2018, the World Health Organization launched a pilot program for universal healthcare in a county in Kenya. Watch the video to learn more about it.

individual mandate:
a government rule that requires everyone to have insurance coverage or they will have to pay a penalty

public healthcare:
health insurance that is funded or provided by the government

socialized medicine:
when the government owns and runs the entire healthcare system

underinsured:
people who spend at least 10 percent of their income on healthcare costs that are not covered by insurance

universal healthcare:
a system that guarantees healthcare coverage for everyone