Putting It Together: Race and Ethnicity

In this module, you learned about stereotyping, prejudices, and discrimination in regards to race and ethnicity. Surely you have seen examples of each of these in your own life, but now you hopefully feel better equipped to acknowledge and correct discriminatory behavior. While most people in the U.S. today are not explicitly and overtly racist, subtle messages still embed themselves into our subconscious through all types of avenues. Extensive research shows that we are not aware of these beliefs, but they are activated in split second decisions when we judge people and situations. Even those who don’t practice overt racism may find that they hold a negative implicit bias against non-whites, as demonstrated by researchers at Harvard and the Ohio State University. See Harvard’s implicit bias website and Ohio State University’s implicit bias website. Test your own subconscious tendencies through Harvard’s Project Implicit.

Over 1.5 million (nonrandom) people have taken the IAT since it appeared online. The tests show higher IAT scores, reflecting a greater negative racial bias against Blacks and darker skin people, in southern states. 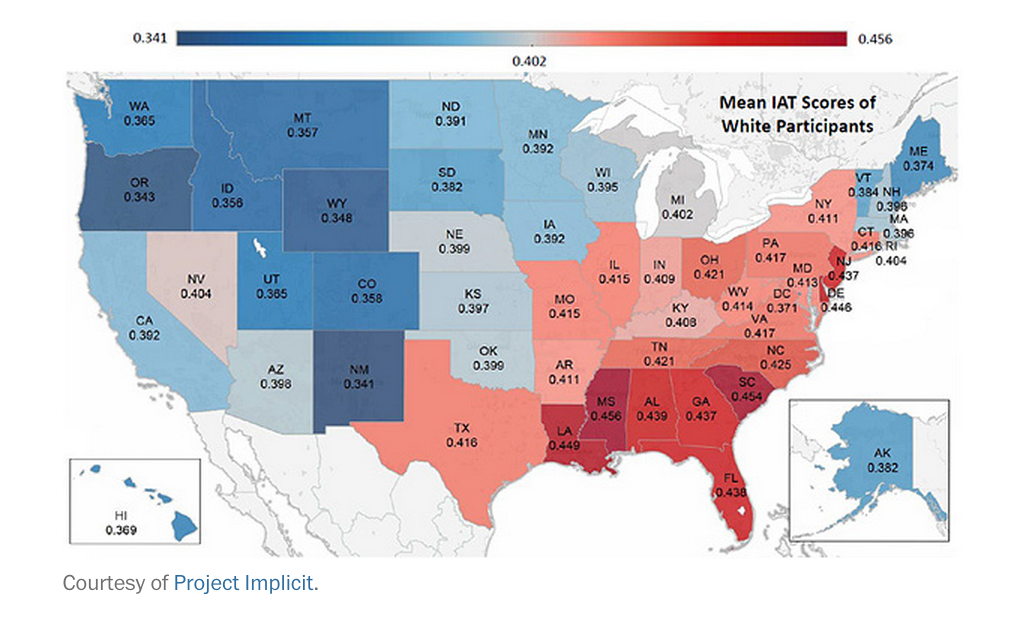 It is not just advertising but also, and likely even more so, the news media that contributes to the development of negative implicit racial bias. Research shows a correlation between the minutes of news media watched by whites and the level of negative implicit bias against Blacks. Other studies have shown that U.S. news media over-represents Blacks as criminals.

This has very real consequences when applied to police officers and the use of deadly force on unarmed citizens. Research shows that officers are initially more likely to mistakenly shoot unarmed Black suspects compared to white suspects, and recent media reports have brought many of these shootings to national attention, as discussed at the beginning of this module.