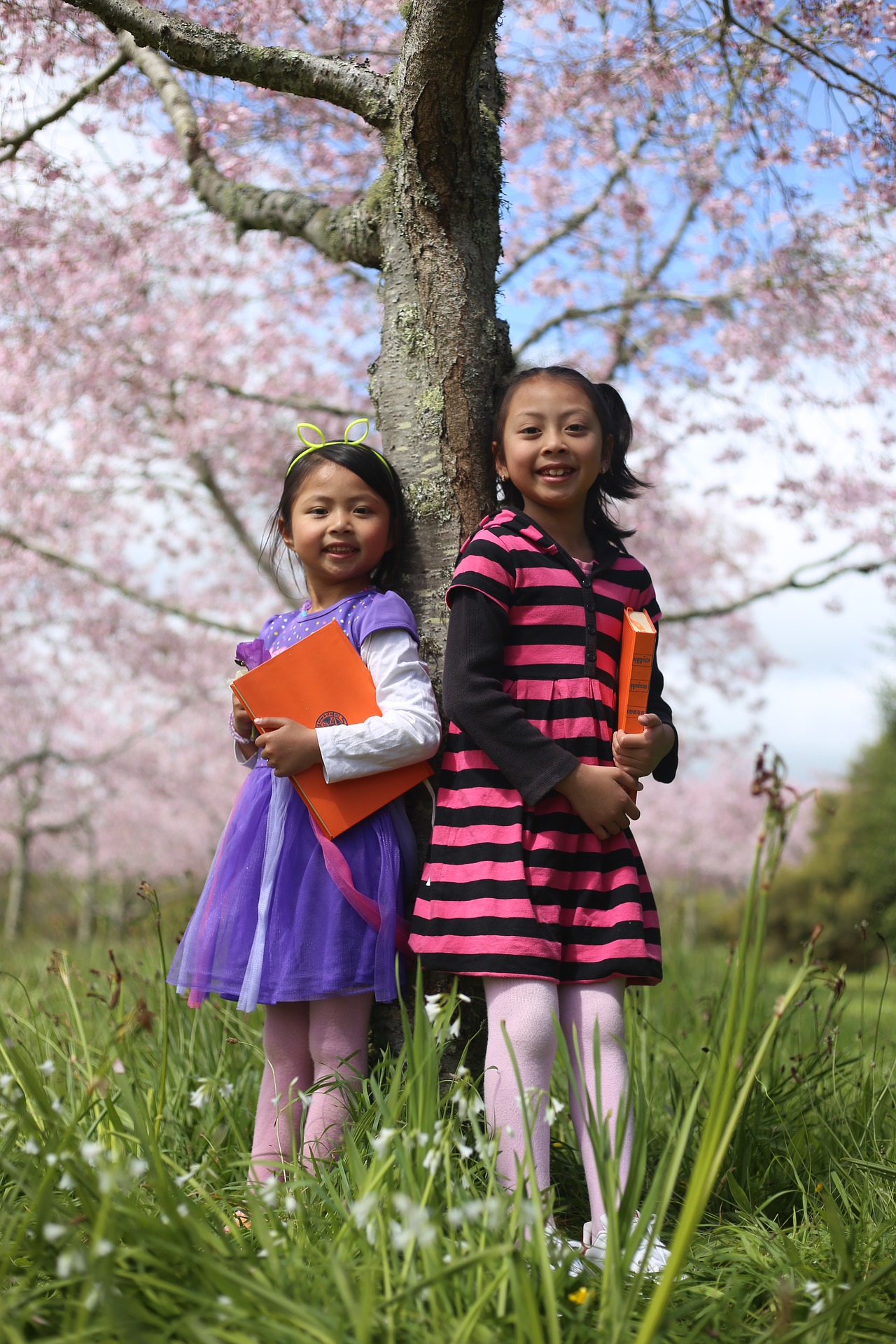 Remember that Piaget believed that we are continuously trying to maintain balance in how we understand the world. With rapid increases in motor skill and language development, young children are constantly encountering new experiences, objects, and words. In the module covering main developmental theories, you learned that when faced with something new, a child may either assimilate it into an existing schema by matching it with something they already know or expand their knowledge structure to accommodate the new situation. During the preoperational stage, many of the child’s existing schemas will be challenged, expanded, and rearranged. Their whole view of the world may shift.

Piaget’s second stage of cognitive development is called the preoperational stage and coincides with ages 2-7 (following the sensorimotor stage). The word operation refers to the use of logical rules, so sometimes this stage is misinterpreted as implying that children are illogical. While it is true that children at the beginning of the preoperational stage tend to answer questions intuitively as opposed to logically, children in this stage are learning to use language and how to think about the world symbolically. These skills help children develop the foundations they will need to consistently use operations in the next stage. Let’s examine some of Piaget’s assertions about children’s cognitive abilities at this age.

Pretending is a favorite activity at this time. For a child in the preoperational stage, a toy has qualities beyond the way it was designed to function and can now be used to stand for a character or object unlike anything originally intended. A teddy bear, for example, can be a baby or the queen of a faraway land!

Piaget believed that children’s pretend play and experimentation helped them solidify the new schemas they were developing cognitively. This involves both assimilation and accommodation, which results in changes in their conceptions or thoughts. As children progress through the preoperational stage, they are developing the knowledge they will need to begin to use logical operations in the next stage.

Egocentrism in early childhood refers to the tendency of young children to think that everyone sees things in the same way as the child. Piaget’s classic experiment on egocentrism involved showing children a three-dimensional model of a mountain and asking them to describe what a doll that is looking at the mountain from a different angle might see. Children tend to choose a picture that represents their own, rather than the doll’s view. However, when children are speaking to others, they tend to use different sentence structures and vocabulary when addressing a younger child or an older adult. Consider why this difference might be observed. Do you think this indicates some awareness of the views of others? Or do you think they are simply modeling adult speech patterns?

The boys in this interview display egocentrism by believing that the researcher sees the same thing as they do, even after switching positions.

You can view the transcript for “Piaget – Egocentrism and Perspective Taking (Preoperational and Concrete Operational Stages)” here (opens in new window).

This video demonstrates that older children are able to look at the mountain from different viewpoints and no longer fall prey to egocentrism.

You can view the transcript for “Piaget’s Mountains Task” here (opens in new window).

Similar to preoperational children’s egocentric thinking is their structuring of cause-and-effect relationships based on their limited view of the world. Piaget coined the term “precausal thinking” to describe the way in which preoperational children use their own existing ideas or views, like in egocentrism, to explain cause-and-effect relationships. Three main concepts of causality, as displayed by children in the preoperational stage, include animism, artificialism, and transductive reasoning.

Animism is the belief that inanimate objects are capable of actions and have lifelike qualities. An example could be a child believing that the sidewalk was mad and made them fall down, or that the stars twinkle in the sky because they are happy. To an imaginative child, the cup may be alive, the chair that falls down and hits the child’s ankle is mean, and the toys need to stay home because they are tired. Young children do seem to think that objects that move may be alive, but after age three, they seldom refer to objects as being alive (Berk, 2007). Many children’s stories and movies capitalize on animistic thinking. Do you remember some of the classic stories that make use of the idea of objects being alive and engaging in lifelike actions?

Artificialism refers to the belief that environmental characteristics can be attributed to human actions or interventions. For example, a child might say that it is windy outside because someone is blowing very hard, or the clouds are white because someone painted them that color.

Finally, precausal thinking is categorized by transductive reasoning. Transductive reasoning is when a child fails to understand the true relationships between cause and effect. Unlike deductive or inductive reasoning (general to specific, or specific to general), transductive reasoning refers to when a child reasons from specific to specific, drawing a relationship between two separate events that are otherwise unrelated. For example, if a child hears a dog bark and then a balloon pop, the child would conclude that because the dog barked, the balloon popped. Related to this is syncretism, which refers to a tendency to think that if two events occur simultaneously, one caused the other. An example of this might be a child asking the question, “if I put on my bathing suit will it turn to summer?”

Between about the ages of four and seven, children tend to become very curious and ask many questions, beginning the use of primitive reasoning. There is an increase in curiosity in the interest of reasoning and wanting to know why things are the way they are. Piaget called it the “intuitive substage” because children realize they have a vast amount of knowledge, but they are unaware of how they acquired it.

Centration and conservation are characteristic of preoperative thought. Centration is the act of focusing all attention on one characteristic or dimension of a situation while disregarding all others. An example of centration is a child focusing on the number of pieces of cake that each person has, regardless of the size of the pieces. Centration is one of the reasons that young children have difficulty understanding the concept of conservation. Conservation is the awareness that altering a substance’s appearance does not change its basic properties. Children at this stage are unaware of conservation and exhibit centration. Imagine a 2-year-old and 4-year-old eating lunch. The 4-year-old has a whole peanut butter and jelly sandwich. He notices, however, that his younger sister’s sandwich is cut in half and protests, “She has more!” He is exhibiting centration by focusing on the number of pieces, which results in a conservation error.

Figure 2. A demonstration of the conservation of liquid. Does pouring liquid in a tall, narrow container make it have more?

Irreversibility is also demonstrated during this stage and is closely related to the ideas of centration and conservation. Irreversibility refers to the young child’s difficulty mentally reversing a sequence of events. In the same beaker situation, the child does not realize that, if the sequence of events was reversed and the water from the tall beaker was poured back into its original beaker, then the same amount of water would exist.

Centration, conservation errors, and irreversibility are indications that young children are reliant on visual representations. Another example of children’s reliance on visual representations is their misunderstanding of “less than” or “more than”. When two rows containing equal amounts of blocks are placed in front of a child with one row spread farther apart than the other, the child will think that the row spread farther contains more blocks.

This clip shows how younger children struggle with the concept of conservation and demonstrate irreversibility.

You can view the transcript for “Piaget – Stage 2 – Preoperational – Lack of Conservation” here (opens in new window).

Class inclusion refers to a kind of conceptual thinking that children in the preoperational stage cannot yet grasp. Children’s inability to focus on two aspects of a situation at once (centration) inhibits them from understanding the principle that one category or class can contain several different subcategories or classes. Preoperational children also have difficulty understanding that an object can be classified in more than one way. For example, a four-year-old girl may be shown a picture of eight dogs and three cats. The girl knows what cats and dogs are, and she is aware that they are both animals. However, when asked, “Are there more dogs or more animals?” she is likely to answer “more dogs.” This is due to her difficulty focusing on the two subclasses and the larger class all at the same time. She may have been able to view the dogs as dogs or animals, but struggled when trying to classify them as both, simultaneously. Similar to this is a concept relating to intuitive thought, known as “transitive inference.”

As the child’s vocabulary improves and more schemes are developed, they are more able to think logically, demonstrate an understanding of conservation, and classify objects.

It certainly seems that children in the preoperational stage make the mistakes in logic that Piaget suggests that they will make. That said, it is important to remember that there is variability in terms of the ages at which children reach and exit each stage. Further, there is some evidence that children can be taught to think in more logical ways far before the end of the preoperational period. For example, as soon as a child can reliably count they may be able to learn conservation of number. For many children, this is around age five. More complex conservation tasks, however, may not be mastered until closer to the end of the stage around age seven.

animism:
the belief that inanimate objects are capable of actions and have lifelike qualities
artificialism:
the belief that environmental characteristics can be attributed to human actions or interventions
centration:
the act of focusing all attention on one characteristic or dimension of a situation, while disregarding all others
egocentrism:
the tendency of young children to think that everyone sees things in the same way as the child
irreversibility:
when a person is unable to mentally reverse a sequence of events
preoperational stage:
the second stage in Piaget’s theory of cognitive development; describes the development in children ages 2-7
operations:
the term used by Piaget to mean the logical rules that children develop with time
syncretism:
the tendency to think that if two events occur simultaneously, one caused the other
transductive reasoning:
a failure in understanding cause and effect relationships which happens when a child reasons from specific to specific; drawing a relationship between two separate events that are otherwise unrelated