In order to adapt to the evolving environment around us, humans rely on cognition, both adapting to the environment and also transforming it. In general, all theorists studying cognitive development address three main issues: 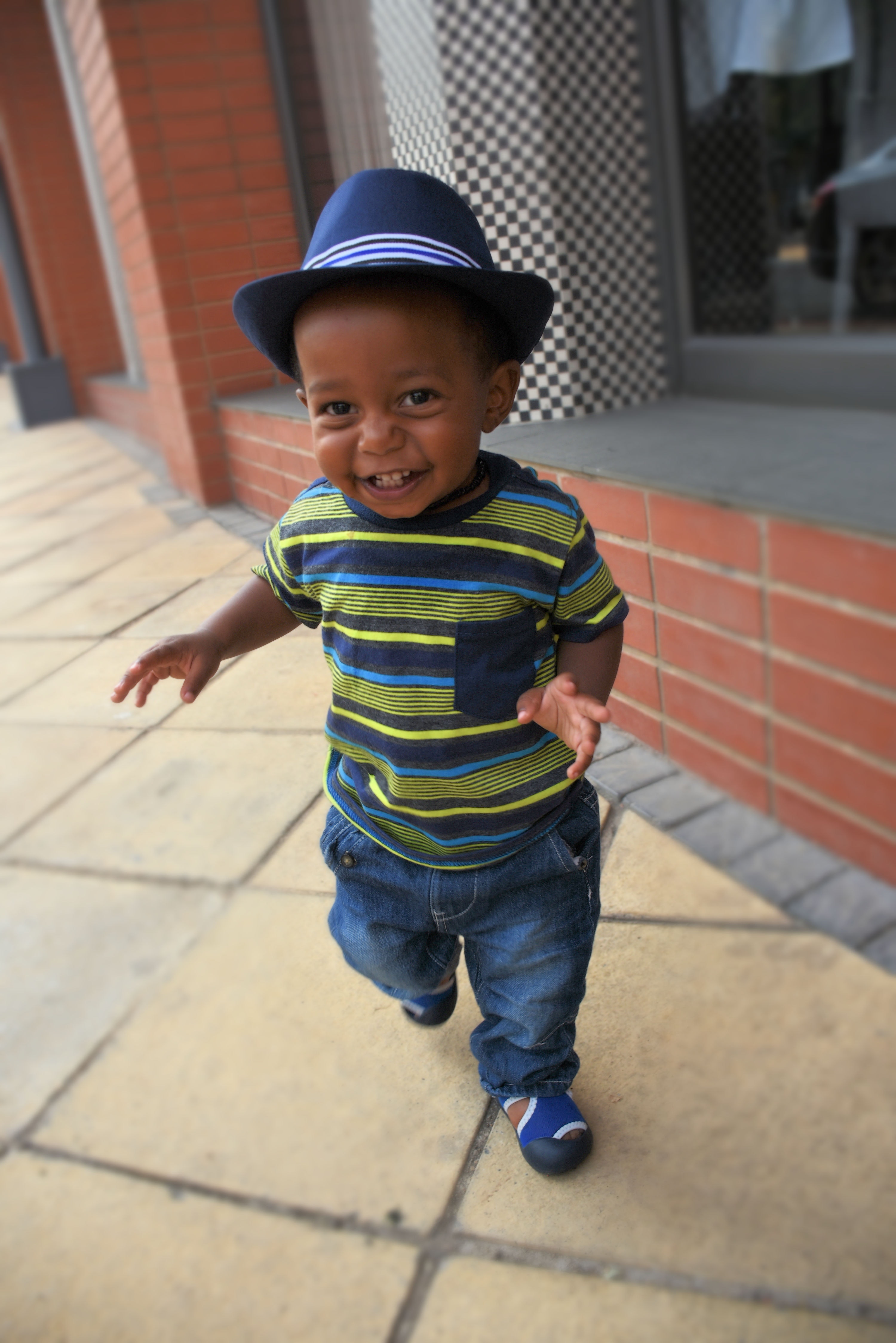 How do infants connect and make sense of what they are learning? Remember that Piaget believed that we are continuously trying to maintain cognitive equilibrium, or balance, between what we see and what we know (Piaget, 1954). Children have much more of a challenge in maintaining this balance because they are constantly being confronted with new situations, new words, new objects, etc. All this new information needs to be organized, and a framework for organizing information is referred to as a schema. Children develop schemas through the processes of assimilation and accommodation.

Let’s examine the transition that infants make from responding to the external world reflexively as newborns, to solving problems using mental strategies as two-year-olds. Piaget called this first stage of cognitive development sensorimotor intelligence (the sensorimotor period) because infants learn through their senses and motor skills. He subdivided this period into six substages:

For an overview of the substages of sensorimotor thought, it helps to group the six substages into pairs. The first two substages involve the infant’s responses to its own body, call primary circular reactions. During the first month first (substage one), the infant’s senses, as well motor reflexes are the foundation of thought.

This active learning begins with automatic movements or reflexes (sucking, grasping, staring, listening). A ball comes into contact with an infant’s cheek and is automatically sucked on and licked. But this is also what happens with a sour lemon, much to the infant’s surprise! The baby’s first challenge is to learn to adapt the sucking reflex to bottles or breasts, pacifiers or fingers, each acquiring specific types of tongue movements to latch, suck, breathe, and repeat. This adaptation demonstrates that infants have begun to make sense of sensations. Eventually, the use of these reflexes becomes more deliberate and purposeful as they move onto substage two.

Fortunately, within a few days or weeks, the infant begins to discriminate between objects and adjust responses accordingly as reflexes are replaced with voluntary movements. An infant may accidentally engage in a behavior and find it interesting, such as making a vocalization. This interest motivates trying to do it again and helps the infant learn a new behavior that originally occurred by chance. The behavior is identified as circular and primary because it centers on the infant’s own body. At first, most actions have to do with the body, but in months to come, will be directed more toward objects. For example, the infant may have different sucking motions for hunger and others for comfort (i.e. sucking a pacifier differently from a nipple or attempting to hold a bottle to suck it).

The next two substages (3 and 4), involve the infant’s responses to objects and people, called secondary circular reactions. Reactions are no longer confined to the infant’s body and are now interactions between the baby and something else.

During the next few months, the infant becomes more and more actively engaged in the outside world and takes delight in being able to make things happen by responding to people and objects. Babies try to continue any pleasing event. Repeated motion brings particular interest as the infant is able to bang two lids together or shake a rattle and laugh. Another example might be to clap their hands when a caregiver says “patty-cake.” Any sight of something delightful will trigger efforts for interaction. 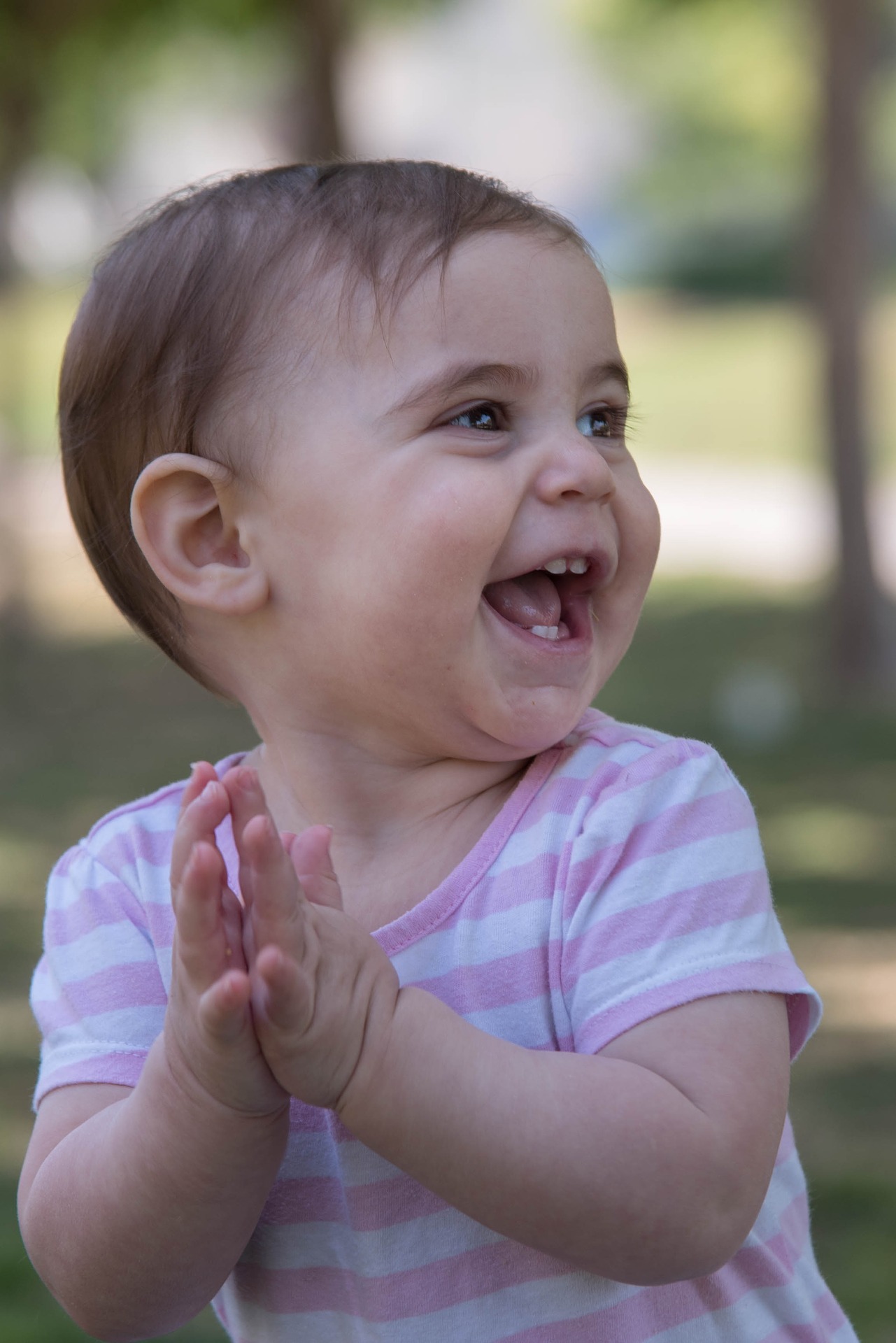 Figure 2. During the repetition stage, this baby enjoys interacting with others and clapping her hands.

Now the infant becomes more deliberate and purposeful in responding to people and objects and can engage in behaviors that others perform and anticipate upcoming events. Babies may ask for help by fussing, pointing, or reaching up to accomplish tasks, and work hard to get what they want. Perhaps because of continued maturation of the prefrontal cortex, the infant becomes capable of having a thought and carrying out a planned, goal-directed activity such as seeking a toy that has rolled under the couch or indicating that they are hungry. The infant is coordinating both internal and external activities to achieve a planned goal and begins to get a sense of social understanding. Piaget believed that at about 8 months (during substage 4), babies first understood the concept of object permanence, which is the realization that objects or people continue to exist when they are no longer in sight.

The toddler is considered a “little scientist” and begins exploring the world in a trial-and-error manner, using motor skills and planning abilities. For example, the child might throw their ball down the stairs to see what happens or delight in squeezing all of the toothpaste out of the tube. The toddler’s active engagement in experimentation helps them learn about their world. Gravity is learned by pouring water from a cup or pushing bowls from high chairs. The caregiver tries to help the child by picking it up again and placing it on the tray. And what happens? Another experiment! The child pushes it off the tray again causing it to fall and the caregiver to pick it up again! A closer examination of this stage causes us to really appreciate how much learning is going on at this time and how many things we come to take for granted must actually be learned. This is a wonderful and messy time of experimentation and most learning occurs by trial and error.

See how even babies think like little scientists in the selected clip from this Ted talk.

You can view the transcript for “Laura Schulz: The surprisingly logical minds of babies” here (opens in new window).

The child is now able to solve problems using mental strategies, to remember something heard days before and repeat it, to engage in pretend play, and to find objects that have been moved even when out of sight. Take, for instance, the child who is upstairs in a room with the door closed, supposedly taking a nap. The doorknob has a safety device on it that makes it impossible for the child to turn the knob. After trying several times to push the door or turn the doorknob, the child carries out a mental strategy to get the door opened – he knocks on the door! Obviously, this is a technique learned from the past experience of hearing a knock on the door and observing someone opening the door. The child is now better equipped with mental strategies for problem-solving. Part of this stage also involves learning to use language. This initial movement from the “hands-on” approach to knowing about the world to the more mental world of stage six marked the transition to preoperational thinking, which you’ll learn more about in a later module.

A critical milestone during the sensorimotor period is the development of object permanence. Introduced during substage 4 above, object permanence is the understanding that even if something is out of sight, it continues to exist. The infant is now capable of making attempts to retrieve the object. Piaget thought that, at about 8 months, babies first understand the concept of objective permanence, but some research has suggested that infants seem to be able to recognize that objects have permanence at much younger ages (even as young as 4 months of age). Other researchers, however, are not convinced (Mareschal & Kaufman, 2012).[1] It may be a matter of “grasping vs. mastering” the concept of objective permanence. Overall, we can expect children to grasp the concept that objects continue to exist even when they are not in sight by around 8 months old, but memory may play a factor in their consistency. Because toddlers (i.e., 12–24 months old) have mastered object permanence, they enjoy games like hide-and-seek, and they realize that when someone leaves the room they will come back (Loop, 2013). Toddlers also point to pictures in books and look in appropriate places when you ask them to find objects.

Although the styles and cinematography in this video are dated, the information is valuable in understanding how researchers, like Dr. Rene Baillargeon, study object permanence in young infants.

Learning and Memory Abilities in Infants

Memory is central to cognitive development. Our memories form the basis for our sense of self, guide our thoughts and decisions, influence our emotional reactions, and allow us to learn (Bauer, 2008)[2].

It is thought that Piaget underestimated memory ability in infants (Schneider, 2015)[3].

As mentioned when discussing the development of infant senses, within the first few weeks of birth, infants recognize their caregivers by face, voice, and smell. Sensory and caregiver memories are apparent in the first month, motor memories by 3 months, and then, at about 9 months, more complex memories including language (Mullally & Maguire, 2014)[4]. There is agreement that memory is fragile in the first months of life, but that improves with age. Repeated sensations and brain maturation are required in order to process and recall events (Bauer, 2008). Infants remember things that happened weeks and months ago (Mullally & Maguire, 2014), although they most likely will not remember it decades later. From the cognitive perspective, this has been explained by the idea that the lack of linguistic skills of babies and toddlers limit their ability to mentally represent events; thereby, reducing their ability to encode memory. Moreover, even if infants do form such early memories, older children and adults may not be able to access them because they may be employing very different, more linguistically based, retrieval cues than infants used when forming the memory.

Watch this Ted talk from Alison Gopnik to hear about more research done on cognition in babies.

You can view the transcript for “Alison Gopnik: What do babies think?” here (opens in new window).

accommodation:
when we restructure or modify what we already know so that new information can fit in better
assimilation:
when we modify or change new information to fit into our schemas (what we already know)
infantile or childhood amnesia:
the idea that people forget everything that happened to them before the age of 3
object permanence:
the realization that objects (including people) still exist even if they can no longer be seen, touched, or heard
primary circular reactions:
the first two stages of Piaget’s sensorimotor intelligence which involve the infant’s responses to its own body
schema:
a set of linked mental representations of the world, which we use both to understand and to respond to situations
secondary circular reactions:
stages 3 and 4 of Piaget’s sensorimotor intelligence which involves the infant’s responses to objects and people
sensorimotor intelligence:
Piaget’s term for the way infants think (by using their senses and motor skills) during the first stage of cognitive development
tertiary circular reactions:
consist of actions (stage 5) and ideas (stage 6) where infants become more creative in their thinking