Have you noticed that many young adults in our society today are taking longer to accomplish the early adulthood developmental tasks of becoming independent? If so, you’re not alone. Jeffrey Arnett (2000) pointed out this prolonged transitional period and described it as “emerging adulthood.”[1] 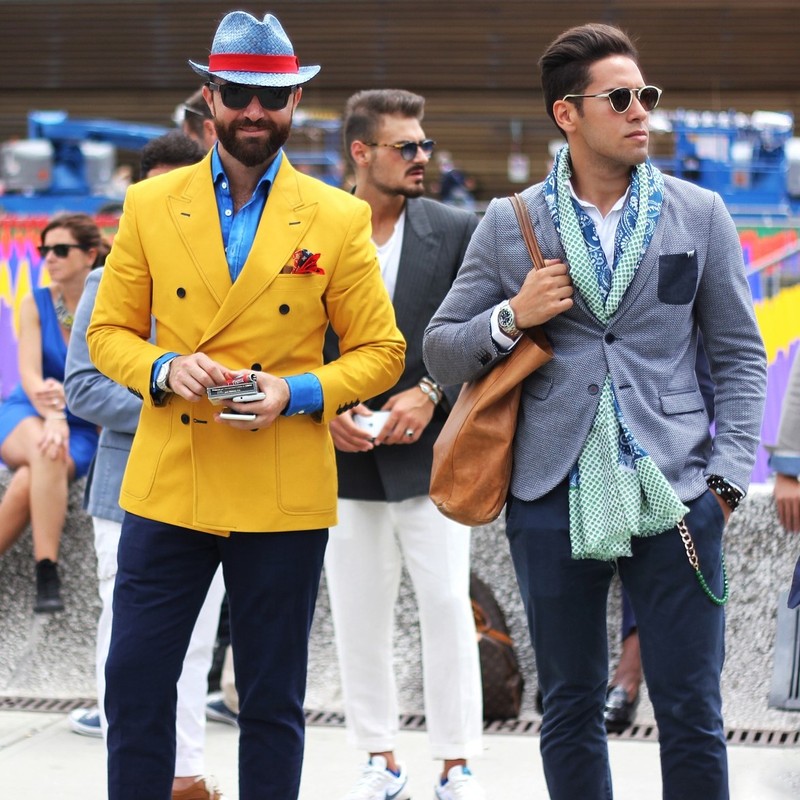 Now all that has changed. A higher proportion of young people than ever before—about 70% in the United States—pursue education and training beyond secondary school (National Center for Education Statistics, 2012). The early twenties are not a time of entering stable adult work but a time of immense job instability: In the United States, the average number of job changes from ages 20 to 29 is seven. The median age of entering marriage in the United States is now 27 for women and 29 for men (U.S. Bureau of the Census, 2011). Consequently, a new stage of the life span, emerging adulthood, has been created, lasting from the late teens through the mid-twenties, roughly ages 18 to 25.

If the years 18-25 are classified as “young adulthood,” Arnett believes it is then difficult to find an appropriate term for the thirties. Emerging adults are still in the process of obtaining an education, are unmarried, and are childless. By age thirty, most of these individuals do see themselves as adults, based on the belief that they have more fully formed “individualistic qualities of character” such as self-responsibility, financial independence, and independence in decision-making. Arnett suggests that many of the individualistic characteristics associated with adult status correlate to, but are not dependent upon the role responsibilities with a career, marriage, and/or parenthood.

Whether or not “emerging adulthood” is considered to be a distinct developmental stage, it can be a useful concept in discussing developmental patterns in early adulthood in our culture today.

To hear about emerging adulthood and why it takes longer to reach adulthood today, please view this video clip of Dr. Jeffrey Arnett. In the first 6 1/2 minutes he describes four societal revolutions that may have caused emerging adulthood. In the second half of the clip, Arnett discusses how “30 is the new 20,” as twenty-somethings today enjoy unparalleled freedoms when compared with other generations.

You can view the transcript for “Why does it take so long to grow up today? | Jeffrey Jensen Arnett | TEDxPSU” here (opens in new window).

Is Emerging Adulthood a Global Phenomenon?

The answer to this question depends greatly on what part of the world is considered. Demographers make a useful distinction between the developing countries that comprise the majority of the world’s population and the economically developed countries that are part of the Organization for Economic Co-operation and Development (OECD), including the United States, Canada, western Europe, Japan, South Korea, Australia, and New Zealand. The current population of OECD countries (also called developed countries) is 1.2 billion, about 18% of the total world population (UNDP, 2011). The rest of the human population resides in developing countries, which have much lower median incomes; much lower median educational attainment; and much higher incidence of illness, disease, and early death. Let us consider emerging adulthood in OECD countries first, then in developing countries. 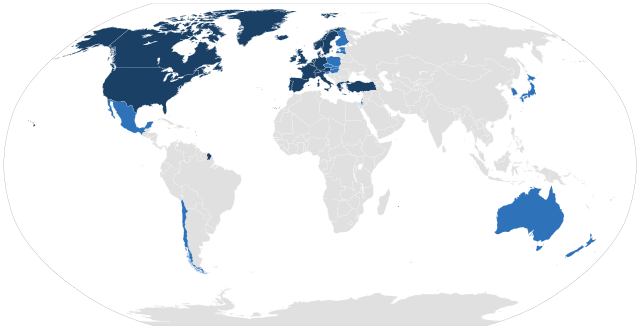 The same demographic changes as described above for the United States have taken place in other OECD countries as well. This is true of participation in postsecondary education as well as median ages for entering marriage and parenthood (UNdata, 2010). However, there is also substantial variability in how emerging adulthood is experienced across OECD countries. Europe is the region where emerging adulthood is longest and most leisurely. The median ages for entering marriage and parenthood are near 30 in most European countries (Douglass, 2007). Europe today is the location of the most affluent, generous, and egalitarian societies in the world—in fact, in human history (Arnett, 2007). Governments pay for tertiary education, assist young people in finding jobs, and provide generous unemployment benefits for those who cannot find work. In northern Europe, many governments also provide housing support. Emerging adults in European societies make the most of these advantages, gradually making their way to adulthood during their twenties while enjoying travel and leisure with friends.

However, in other ways, the experience of emerging adulthood in Asian OECD countries is markedly different than in Europe. Europe has a long history of individualism, and today’s emerging adults carry that legacy with them in their focus on self-development and leisure during emerging adulthood. In contrast, Asian cultures have a shared cultural history emphasizing collectivism and family obligations. Although Asian cultures have become more individualistic in recent decades as a consequence of globalization, the legacy of collectivism persists in the lives of emerging adults. They pursue identity explorations and self-development during emerging adulthood, like their American and European counterparts, but within narrower boundaries set by their sense of obligations to others, especially their parents (Phinney & Baldelomar, 2011). For example, in their views of the most important criteria for becoming an adult, emerging adults in the United States and Europe consistently rank financial independence among the most important markers of adulthood. In contrast, emerging adults with an Asian cultural background especially emphasize becoming capable of supporting parents financially as among the most important criteria (Arnett, 2003; Nelson, Badger, & Wu, 2004). This sense of family obligation may curtail their identity explorations in emerging adulthood to some extent, as they pay more heed to their parents’ wishes about what they should study, what job they should take, and where they should live than emerging adults do in the West (Rosenberger, 2007).

Another notable contrast between Western and Asian emerging adults is in their sexuality. In the West, premarital sex is normative by the late teens, more than a decade before most people enter marriage. In the United States and Canada, and in northern and eastern Europe, cohabitation is also normative; most people have at least one cohabiting partnership before marriage. In southern Europe, cohabiting is still taboo, but premarital sex is tolerated in emerging adulthood. In contrast, both premarital sex and cohabitation remain rare and forbidden throughout Asia. Even dating is discouraged until the late twenties, when it would be a prelude to a serious relationship leading to marriage. In cross-cultural comparisons, about three fourths of emerging adults in the United States and Europe report having had premarital sexual relations by age 20, versus less than one fifth in Japan and South Korea (Hatfield and Rapson, 2006). 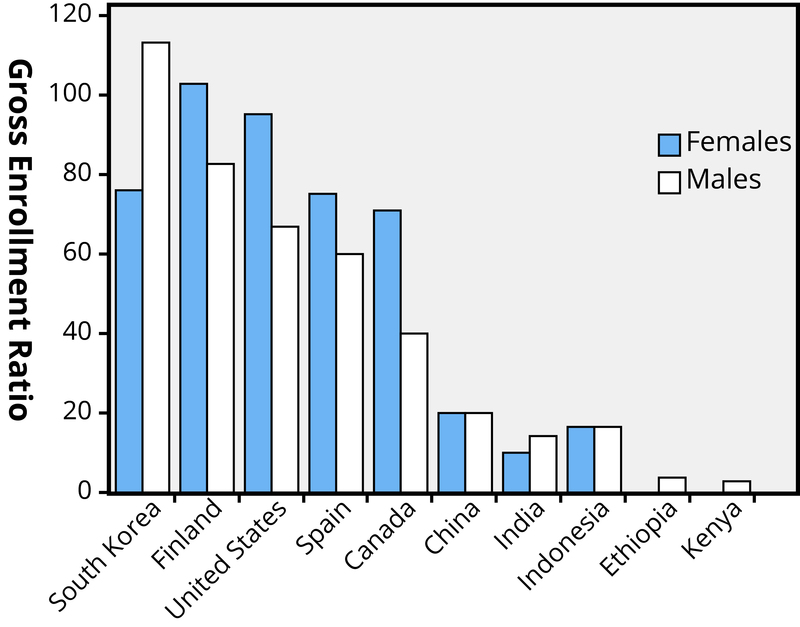 Figure 3. Gross tertiary enrollment, selected countries, 2007. Source: UNdata (2010). Note. Gross enrollment ratio is the total enrollment in a specific level of education, regardless of age, expressed as a percentage of the eligible official school-age population corresponding to the same level of education in a given school year. For the tertiary level, the population used is that of the five-year age group following the end of secondary schooling.

For young people in developing countries, emerging adulthood exists only for the wealthier segment of society, mainly the urban middle class, whereas the rural and urban poor—the majority of the population—have no emerging adulthood and may even have no adolescence because they enter adult-like work at an early age and also begin marriage and parenthood relatively early. What Saraswathi and Larson (2002) observed about adolescence applies to emerging adulthood as well: “In many ways, the lives of middle-class youth in India, South East Asia, and Europe have more in common with each other than they do with those of poor youth in their own countries.” However, as globalization proceeds, and economic development along with it, the proportion of young people who experience emerging adulthood will increase as the middle class expands. By the end of the 21st century, emerging adulthood is likely to be normative worldwide.

A Counter Argument: No Emerging Adulthood?

While Arnett describes “emerging adulthood” as a time of delayed entry into early adulthood, not everyone agrees. View this clip from Dr. Meg Jay, as she cautions young adults not to procrastinate since what happens during their twenties is important for the rest of adulthood: “Why 30 is not the new 20!”

emerging adulthood:
life stage extending from approximately ages 18 to 25, during which the foundation of an adult life is gradually constructed in love and work. Primary features include identity explorations, instability, focus on self-development, feeling incompletely adult, and a broad sense of possibilities