The Baltimore Longitudinal Study on Aging (BLSA, 2011) began in 1958 and has traced the aging process in 1,400 people from age 20 to 90. Researchers from the BLSA have found that the aging process varies significantly from individual to individual and from one organ system to another. Kidney function may deteriorate earlier in some individuals. Bone strength declines more rapidly in others. Much of this is determined by genetics, lifestyle, and disease. However, some generalizations about the aging process have been found: 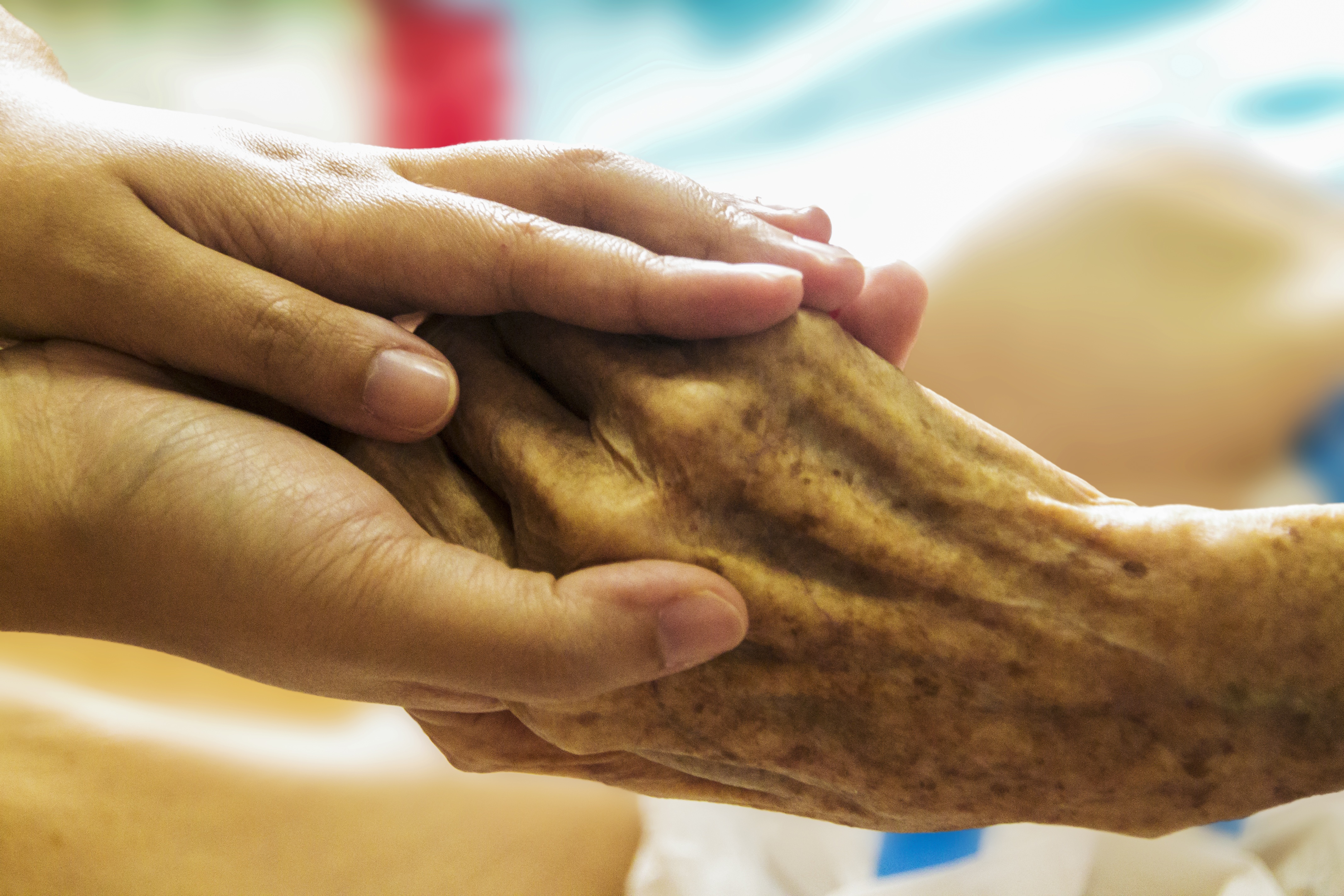 Healthcare providers need to be aware of which aspects of aging are reversible and which ones are inevitable. By keeping this distinction in mind, caregivers may be more objective and accurate when diagnosing and treating older patients. And a positive attitude can go a long way toward motivating patients to stick with a health regime. Unfortunately, stereotypes can lead to misdiagnosis. For example, it is estimated that about 10 percent of older patients diagnosed with dementia are actually depressed or suffering from some other psychological illness (Berger, 2005). The failure to recognize and treat psychological problems in older patients may be one consequence of such stereotypes.

Senescence, or biological aging, is the gradual deterioration of functional characteristics. It is the process by which cells irreversibly stop dividing and enter a state of permanent growth arrest without undergoing cell death. This process is also referred to as primary aging and thus, refers to the inevitable changes associated with aging (Busse, 1969). These changes include changes in the skin and hair, height and weight, hearing loss, and eye disease. However, some of these changes can be reduced by limiting exposure to the sun, eating a nutritious diet, and exercising.

Skin and hair change with age. The skin becomes drier, thinner, and less elastic during the aging process. Scars and imperfections become more noticeable as fewer cells grow underneath the surface of the skin. Exposure to the sun, or photoaging, accelerates these changes. Graying hair is inevitable, and hair loss all over the body becomes more prevalent.

Height and weight vary with age. Older people are more than an inch shorter than they were during early adulthood (Masoro in Berger, 2005). This is thought to be due to a settling of the vertebrae and a lack of muscle strength in the back. Older people weigh less than they did in mid-life. Bones lose density and can become brittle. This is especially prevalent in women. However, weight training can help increase bone density after just a few weeks of training.

Muscle loss occurs in late adulthood and is most noticeable in men as they lose muscle mass. Maintaining strong leg and heart muscles is important for independence. Weight-lifting, walking, swimming, or engaging in other cardiovascular and weight bearing exercises can help strengthen the muscles and prevent atrophy.

Some typical vision issues that arise along with aging include:

The majority of people over 65 have some difficulty with vision, but most is easily corrected with prescriptive lenses. Three percent of those 65 to 74 and 8 percent of those 75 and older have hearing or vision limitations that hinder activity. The most common causes of vision loss or impairment are glaucoma, cataracts, age-related macular degeneration, and diabetic retinopathy (He et al., 2005).

Hearing Loss, is experienced by 25% of people between ages 65 and 74, then by 50% of people above age 75.[2] Among those who are in nursing homes, rates are even higher. Older adults are more likely to seek help with vision impairment than with hearing loss, perhaps due to the stereotype that older people who have difficulty hearing are also less mentally alert.

Conductive hearing loss may occur because of age, genetic predisposition, or environmental effects, including persistent exposure to extreme noise over the course of our lifetime, certain illnesses, or damage due to toxins. Conductive hearing loss involves structural damage to the ear such as failure in the vibration of the eardrum and/or movement of the ossicles (the three bones in our middle ear). Given the mechanical nature by which the sound wave stimulus is transmitted from the eardrum through the ossicles to the oval window of the cochlea, some degree of hearing loss is inevitable. These problems are often dealt with through devices like hearing aids that amplify incoming sound waves to make vibration of the eardrum and movement of the ossicles more likely to occur.

When the hearing problem is associated with a failure to transmit neural signals from the cochlea to the brain, it is called sensorineural hearing loss. This type of loss accelerates with age and can be caused by prolonged exposure to loud noises, which causes damage to the hair cells within the cochlea. Presbycusis is age-related sensorineural hearing loss resulting from degeneration of the cochlea or associated structures of the inner ear or auditory nerves. The hearing loss is most marked at higher frequencies. Presbycusis is the second most common illness next to arthritis in aged people.

One disease that results in sensorineural hearing loss is Ménière’s disease. Although not well understood, Ménière’s disease results in a degeneration of inner ear structures that can lead to hearing loss, tinnitus (constant ringing or buzzing), vertigo (a sense of spinning), and an increase in pressure within the inner ear (Semaan & Megerian, 2011). This kind of loss cannot be treated with hearing aids, but some individuals might be candidates for a cochlear implant as a treatment option. Cochlear implants are electronic devices consisting of a microphone, a speech processor, and an electrode array. The device receives incoming sound information and directly stimulates the auditory nerve to transmit information to the brain.

Being unable to hear causes people to withdraw from conversation and others to ignore them or shout. Unfortunately, shouting is usually high pitched and can be harder to hear than lower tones. The speaker may also begin to use a patronizing form of ‘baby talk’ known as elderspeak (See et al., 1999). This language reflects the stereotypes of older adults as being dependent, demented, and childlike. Hearing loss is more prevalent in men than women. And it is experienced by more white, non-Hispanics than by Black men and women. Smoking, middle ear infections, and exposure to loud noises increase hearing loss.

The Jean Mayer Human Nutrition Research Center on Aging (HNRCA), located in Boston, Massachusetts, is one of six human nutrition research centers in the United States supported by the United States Department of Agriculture and Agricultural Research Service. The goal of the HNRCA, which is managed by Tufts University, is to explore the relationship between nutrition, physical activity, and healthy and active aging.

The HNRCA has made significant contributions to U.S. and international nutritional and physical activity recommendations, public policy, and clinical healthcare. These contributions include advancements in the knowledge of the role of dietary calcium and vitamin D in promoting nutrition and bone health, the role of nutrients in maintaining the optimal immune response, the prevention of infectious diseases, the role of diet in prevention of cancer, obesity research, modifications to the Food Guide Pyramid, contribution to USDA nutrient data bank, advancements in the study of sarcopenia, heart disease, vision, brain and cognitive function, front of packaging food labeling initiatives, and research of how genetic factors impact predisposition to weight gain and various health indicators. Research clusters within the HNRCA address four specific strategic areas: 1) cancer, 2) cardiovascular disease, 3) inflammation, immunity, and infectious disease and 4) obesity.

Research done by T. Colin Campbell M.D., Michael Greger M.D., Neal Bernard M.D. and others have demonstrated the impact of diet upon longevity and quality of life. As discussed in the video below, consumption of less animal based protein has been linked with the slowing of degradation of function which was traditionally seen as part of the normal aging process.

You can view the transcript for “Caloric Restriction vs. Animal Protein Restriction” here (opens in new window).

Primary aging can be compensated for through exercise, corrective lenses, nutrition, and hearing aids. Just as important, by reducing stereotypes about aging, people of age can maintain self-respect, recognize their own strengths, and count on receiving the respect and social inclusion they deserve.

cochlear implant:
electronic device that consists of a microphone, a speech processor, and an electrode array to directly stimulate the auditory nerve to transmit information to the brain
conductive hearing loss:
failure in the vibration of the eardrum and/or movement of the ossicles
Ménière’s disease:
results in a degeneration of inner ear structures that can lead to hearing loss, tinnitus, vertigo, and an increase in pressure within the inner ear
presbycusis:
age-related sensorineural hearing loss resulting from degeneration of the cochlea or associated structures of the inner ear or auditory nerves
primary aging:
aging that is irreversible and is due to genetic predisposition
secondary aging:
refers to changes that are caused by illness or disease
sensorineural hearing loss:
failure to transmit neural signals from the cochlea to the brain
temporal theory of pitch perception:
sound’s frequency is coded by the activity level of a sensory neuron
vertigo:
spinning sensation