Complications of Pregnancy and Delivery

Complications of Pregnancy and Delivery 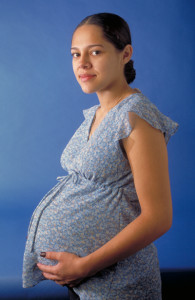 There are a number of common side effects of pregnancy. Not everyone experiences all of these nor do women experience them to the same degree. And although they are considered “minor” these problems are potentially very uncomfortable. These side effects include nausea (particularly during the first 3-4 months of pregnancy as a result of higher levels of estrogen in the system), heartburn, gas, hemorrhoids, backache, leg cramps, insomnia, constipation, shortness of breath or varicose veins (as a result of carrying a heavy load on the abdomen). What is the cure? Delivery!

The following are some serious complications of pregnancy which can pose health risks to mother and child and that often require special care.

Maternal mortality is unacceptably high. About 830 women die from pregnancy or childbirth-related complications around the world every day. It was estimated that in 2015, roughly 303,000 women died during and following pregnancy and childbirth. Almost all of these deaths occurred in low-resource settings, and most could have been prevented. The high number of maternal deaths in some areas of the world reflects inequities in access to health services and highlights the gap between rich and poor. Almost all maternal deaths (99%) occur in developing countries. More than half of these deaths occur in sub-Saharan Africa and almost one third occur in South Asia.

Almost all maternal deaths can be prevented, as evidenced by the huge disparities found between the richest and poorest countries. The lifetime risk of maternal death in high-income countries is 1 in 3,300, compared to 1 in 41 in low-income. [1] 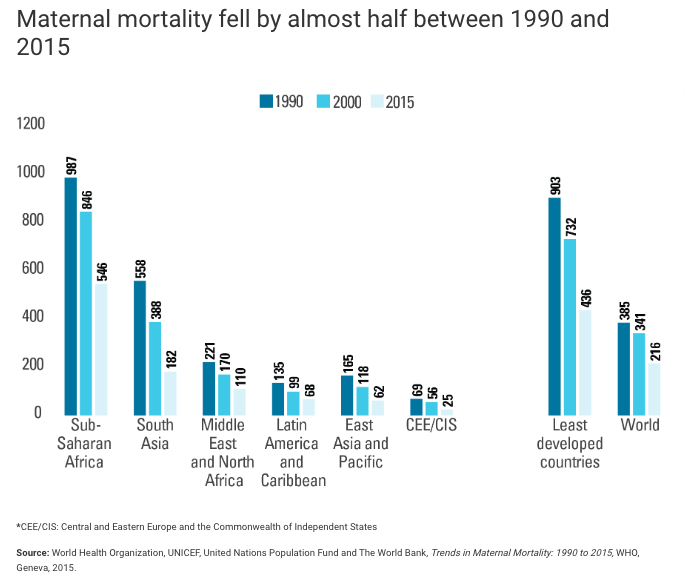 Even though maternal mortality in the United States is relatively rare today because of advanced in medical care, it is still an issue that needs to be addressed. The number of reported pregnancy-related deaths in the United States steadily increased from 7.2 deaths per 100,000 live births in 1987 to 18.0 deaths per 100,000 live births in 2014. The Centers for Disease Control and Prevention define a pregnancy-related death as the death of a woman while pregnant or within 1 year of the end of a pregnancy–regardless of the outcome, duration, or site of the pregnancy–from any cause related to or aggravated by the pregnancy or its management, but not from accidental or incidental causes. The reasons for the overall increase in pregnancy-related mortality are unclear. What do you think are some reasons for this surprising increase in the United States? What can be done to change this statistic?

Watch It: Maternal Mortality in the united States

In the United States, black women are disproportionately more likely to die from complications related to pregnancy or childbirth than any other race; they are three or four times more likely than white women to die due to pregnancy-related death and are more likely to receive worse maternal care.[2] Black women from higher income groups and with advanced education levels also have heightened risks—even tennis superstar Serena Williams had near-deadly complications during the birth of her daughter, Olympia. Why is this the case in our modern world? Watch this video to learn more:

You can view the transcript for “U.S. Maternal Mortality Rate is Much Higher for African-Americans” here (opens in new window).

The data below shows percentages of the causes of pregnancy-related deaths in the United States during 2011–2014:

Spontaneous abortion is experienced in an estimated 20-40 percent of undiagnosed pregnancies and in another 10 percent of diagnosed pregnancies. Usually, the body aborts due to chromosomal abnormalities and this typically happens before the 12th week of pregnancy. Cramping and bleeding result and normal periods return after several months. Some women are more likely to have repeated miscarriages due to chromosomal, amniotic, or hormonal problems; but miscarriage can also be a result of defective sperm (Carroll et al., 2003).

pregnancy-related death:
the death of a woman while pregnant or within 1 year of the end of a pregnancy from any cause related to or aggravated by the pregnancy