Putting It Together: Developmental Theories 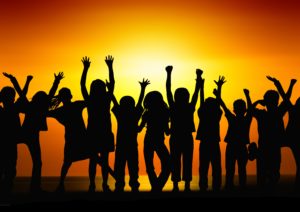 We have considered six major perspectives on development—psychodynamic, behavioral, cognitive, humanistic, contextual, and evolutionary. If you were wondering which approach is considered most important, that would be the wrong question for several reasons. Each perspective focuses on different aspects of development.

The psychodynamic perspective suggests that behavior is motivated by inner forces, memories, and conflicts that are generally beyond people’s awareness and control. It focuses on the unconscious determinants of behavior. Freud, in his psychoanalytical theory, proposed that personality has three aspects: id, ego, and superego. Contrary to Freud, Eric Erickson proposed a psychosocial approach and suggested that our social interaction with others, the society, and culture in which we evolve challenge us and shape us. The behavioral perspective focuses on observable behavior and environmental stimuli. Behavioral theories reject the notion that people universally pass through a series of stages. Behaviorists believe that people are affected by the environment to which they happen to be exposed.

The cognitive and humanistic perspectives look more at what people think than what they do. Piaget proposed that all people pass through a fixed sequence of universal stages of cognitive development. His focus was on the change in cognition that occurs as children move from one stage to the next. The humanistic perspective points to other concepts, such as congruence and self-actualization, and has helped describe important aspects of human behavior.

The contextual perspective examines social and cultural influences on development. It considers the relationship between individuals and their physical, cognitive, and social world. This perspective suggests that a person’s unique development cannot be properly viewed without seeing how that person is deeply influenced by a rich social and cultural context. Two major theories that fall under this category are Brofenbrenner‘s bioecological approach and Vygotsky’s sociocultural theory.

And finally, the evolutionary perspective focuses on how inherited biological factors underlie development. You may think of several examples of human behavior that you have seen that seem to have been inherited from our ancestors because they helped individuals survive and reproduce.

Each perspective that we have seen bases its premises and focuses on different aspects of development. Furthermore, the same developmental phenomenon can be looked at simultaneously from a number of perspectives. Considering them simultaneously paints a fuller portrait of the countless ways human beings change and grow over the course of their lives.