During late adulthood, many people find that their relationships with their adult children, siblings, spouses, or life partners change. Roles may also change, as many are grandparents or great-grandparents, caregivers to even older parents or spouses, or receivers of care in a nursing home or other care facility. 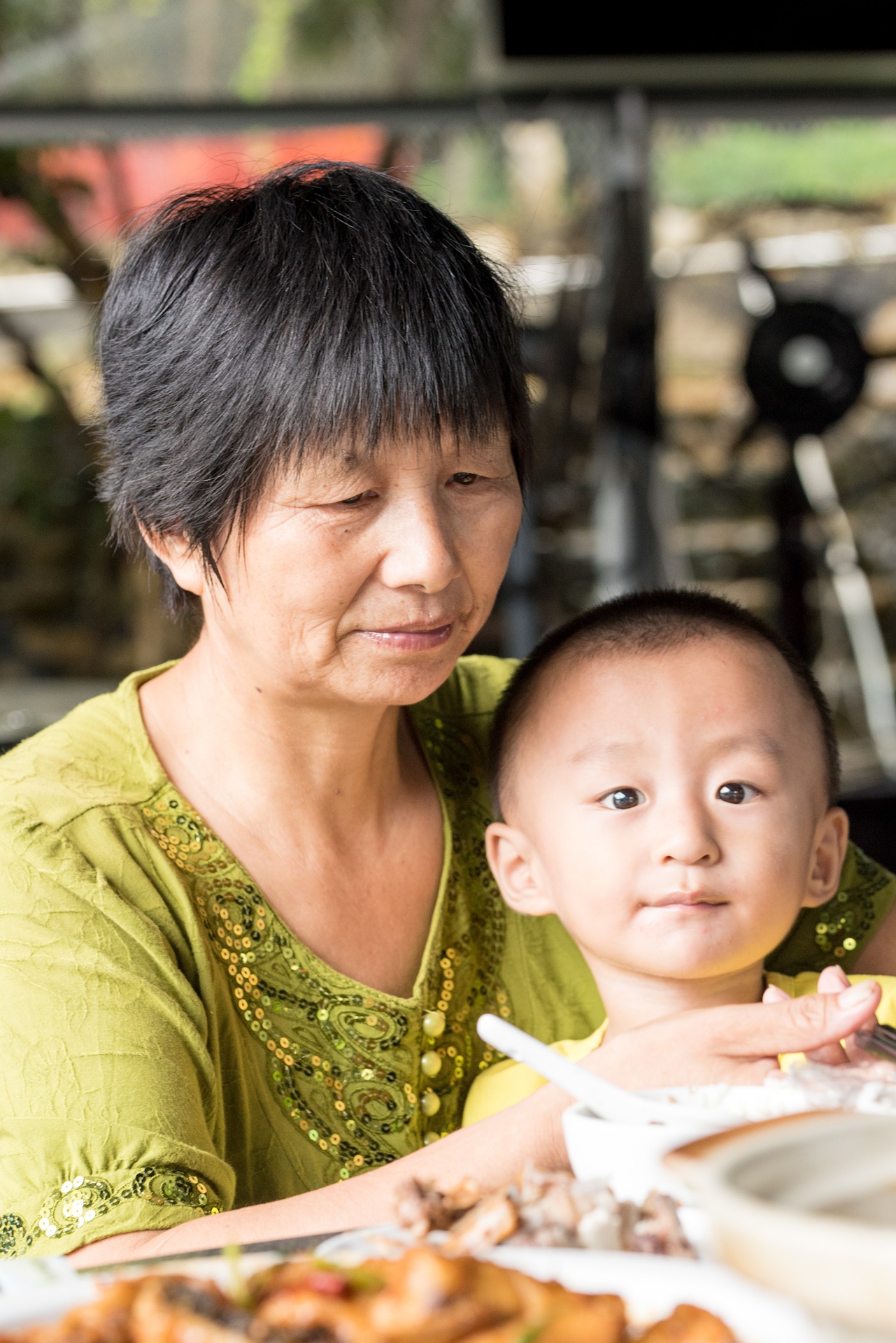 Figure 1. Grandparenting styes can vary depending on a variety of factors such as relationships, personality, and proximity.

Grandparenting typically begins in midlife rather than late adulthood, but because people are living longer, they can anticipate being grandparents for longer periods of time. Cherlin and Furstenberg (1986) describe three styles of grandparents:

1. Remote: These grandparents rarely see their grandchildren. Usually they live far away from the grandchildren, but may also have a distant relationship. Contact is typically made on special occasions such as holidays or birthdays. Thirty percent of the grandparents studied by Cherlin and Furstenberg were remote.

2. Companionate Grandparents:  Fifty-five percent of grandparents studied were described as companionate. These grandparents do things with the grandchild but have little authority or control over them. They prefer to spend time with them without interfering in parenting. They are more like friends to their grandchildren.

Most males and females aged 65 and older had been married at some point in their lives. According to the U.S. Census Bureau, 2016 American Community Survey, among the population 65 and older, males were significantly more likely to be married (70 percent) compared with females (44 percent) in the same age group. Even at the oldest age group, 85 and older, 54 percent of males were still married compared with 15 percent of females.[1]

Twelve percent of older men and 15% percent of older women have been divorced and about 6 percent of older adults have never married.[2] Many married couples feel their marriage has improved with time and the emotional intensity and level of conflict that might have been experienced earlier, has declined. This is not to say that bad marriages become good ones over the years, but that those marriages that were very conflict-ridden may no longer be together, and that many of the disagreements couples might have had earlier in their marriages may no longer be concerns. Children have grown and the division of labor in the home has probably been established. Men tend to report being satisfied with marriage more than do women. Women are more likely to complain about caring for a spouse who is ill or accommodating a retired husband and planning activities. Older couples continue to engage in sexual activity, but with less focus on intercourse and more on cuddling, caressing, and oral sex (Carroll, 2007). 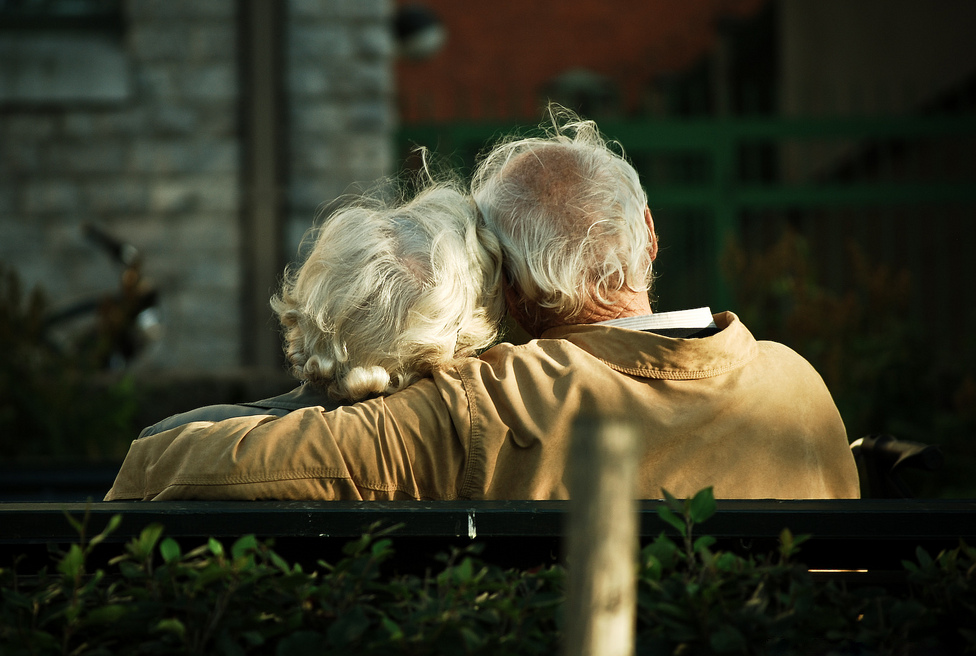 Figure 2. Both divorce and remarriage are on the rise for older Americans.

Divorce after long-term marriage does occur, but is not as common as earlier divorces, despite rising divorce rates for those above age 65. Older adults who have been divorced since midlife tend to have settled into comfortable lives and, if they have raised children, to be proud of their accomplishments as single parents. Remarriage is also on the rise for older adults; in 2014, 50% of adults ages 65 and older had remarried, up from 34% in 1960. Men are also more likely to remarry than women.[3]

With increasing age, women were less likely to be married or divorced but more likely to be widowed, reflecting a longer life expectancy relative to men. About 2 out of 10 women aged 65 to 74 were widowed compared with 4 out of 10 women aged 75 to 84 and 7 out of 10 women 85 and older. More than twice as many women 85 and older were widowed (72 percent) compared to men of the same age (35 percent).[4] The death of a spouse is one of life’s most disruptive experiences. It is especially hard on men who lose their wives. Often widowers do not have a network of friends or family members to fall back on and may have difficulty expressing their emotions to facilitate grief. Also, they may have been very dependent on their mates for routine tasks such as cooking, cleaning, etc.

Widows may have less difficulty because they do have a social network and can take care of their own daily needs. They may have more difficulty financially if their husband’s have handled all the finances in the past. They are much less likely to remarry because many do not wish to and because there are fewer men available. At 65, there are 73 men to every 100 women. The sex ratio becomes even further imbalanced at 85 with 48 men to every 100 women (U. S. Census Bureau, 2011).

Loneliness is a discrepancy between the social contact a person has and the contacts a person wants (Brehm et al., 2002). It can result from social or emotional isolation. Women tend to experience loneliness as a result of social isolation; men from emotional isolation. Loneliness can be accompanied by a lack of self-worth, impatience, desperation, and depression. This can lead to suicide, particularly in older, white men who have the highest suicide rates of any age group; higher than Blacks, and higher than for females. Rates of suicide continue to climb and peaks in males after age 85 (National Center for Health Statistics, CDC, 2002).

Being alone does not always result in loneliness. For some, it means solitude. Solitude involves gaining self-awareness, taking care of the self, being comfortable alone, and pursuing one’s interests (Brehm et al., 2002).

Couples who remarry after midlife, tend to be happier in their marriages than in first marriage. These partners are likely to be more financially independent, have children who are grown, and enjoy a greater emotional wisdom that comes with experience.

About 6 percent of adults never marry. Many have long-term relationships, however. The never married tend to be very involved in family and care giving and do not appear to be particularly unhappy during late adulthood, especially if they have a healthy network of friends. Friendships tend to be an important influence in life satisfaction during late adulthood. Friends may be more influential than family members for many older adults. According to socioemotional selectivity theory, older adults become more selective in their friendships than when they were younger (Carstensen, Fung, & Charles, 2003). Friendships are not formed in order to enhance status or careers, and may be based purely on a sense of connection or the enjoyment of being together. Most elderly people have at least one close friend. These friends may provide emotional as well as physical support. Being able to talk with friends and rely on others is very important during this stage of life.

About 4 percent of older couples chose cohabitation over marriage (Chevan, 1996). The Pew Research Center reported in 2017 that the number of cohabiters over age 50 rose to 4 million from 2.3 million over the decade, and found the number over age 65 doubled to about 900,000.[5] As discussed in our lesson on early adulthood, these couples may prefer cohabitation for financial reasons, may be same-sex couples who cannot legally marry, or couples who do not want to marry because of previous dissatisfaction with marital relationships.

There has been a growth of interest in lesbian, gay, bisexual, transgender, and queer (LGBTQ+) aging in recent years. Many retirement issues for lesbian, gay, bisexual, transgender (LGBT) and intersex people are unique from their non-LGBTI counterparts and these populations often have to take extra steps addressing their employment, health, legal and housing concerns to ensure their needs are met. Throughout the United States, there are 1.5 million adults over the age of 65 who identify as lesbian, gay, or bisexual, and two million people above the age of 50 who identify as such. That number is expected to double by 2030, as estimated in a study done by the Institute for Multigenerational Health at the University of Washington. While LGBTQ+ people have increasingly become more visible and accepted into mainstream cultures, LGBTQ+ elders and retirees are still considered a newer phenomenon, which creates both challenges and opportunities as they redefine some commonly held beliefs about aging.

LGBTQ+ individuals are less likely to have strong family support systems in place to have relatives to care for them during aging. They are twice as likely to enter old age living as a single person; and two and a half times more likely to live alone. Because institutionalized homophobia as well as cultural discrimination and harassment still exist, they are less likely to access health care, housing, or social services or when they do, find the experience stressful or demeaning. Joel Ginsberg, executive director of the Gay Lesbian Medical Association, asserts “only by pursuing both strategies, encouraging institutional change and encouraging…and empowering individuals to ask for what they want will we end up with quality care for LGBT people.”[6]

These older adults have concerns over health insurance, being able to share living quarters in nursing homes and assisted living residences where staff members tend not to be accepting of homosexuality and bisexuality. SAGE (Senior Action in a Gay Environment) is an advocacy group working on remedying these concerns. Same-sex couples who have endured prejudice and discrimination through the years and can rely upon one another continue to have support through late adulthood.

LGBTQ+ Aging Centers have opened in several major metropolitan areas with the goal of training long-term care providers about LGBT-specific issues, an area of frequent discrimination. Legislative solutions are available as well: “California is the only state with a law saying the gay elderly have special needs, like other members of minority groups. A new law encourages training for employees and contractors who work with the elderly and permits state financing of projects like gay senior centers.”[7] Twenty states prohibit discrimination in housing and public accommodation on the basis of sexual orientation. 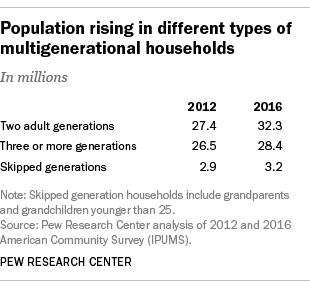 Figure 3. More elderly are living in homes with their children or grandchildren.

Older adults do not typically relocate far from their previous places of residence during late adulthood. A minority lives in planned retirement communities that require residents to be of a certain age. However, many older adults live in age-segregated neighborhoods that have become segregated as original inhabitants have aged and children have moved on. A major concern in future city planning and development will be whether older adults wish to live in age-integrated or age-segregated communities.

Over 60 million Americans, or 19% of the population, lived in multigenerational households, or homes with at least two adult generations. It has become an ongoing trend for elderly generations to move in and live with their children, as they can give them support and help with everyday living.[8]

Most (70 percent) of older adults who require care receive that care in the home. Most are cared for by their spouse, or by a daughter or daughter-in-law. However, those who are not cared for at home are institutionalized. In 2008, 1.6 million out of the total 38.9 million Americans age 65 and older were nursing home residents (U. S. Census Bureau, 2011). Among 65-74, 11 per 1,000 adults aged 65 and older were in nursing homes. That number increases to 182 per 1,000 after age 85. More residents are women than men, and more are Black than white. As the population of those over age 85 continues to increase, more will require nursing home care. Meeting the psychological and social as well as physical needs of nursing home residents is a growing concern. Rather than focusing primarily on food, hygiene, and medication, the quality of life for the seniors within these facilities is important as well. Residents of nursing homes are sometimes stripped of their identity as their personal possessions and reminders of their life are taken away. A rigid routine in which the residents have little voice can be alienating to anyone, but more so for an older adult. Routines that encourage passivity and dependence can be damaging to self-esteem and lead to further deterioration of health. Greater attention needs to be given to promoting successful aging within institutions.