Stereotypes about people of in late adulthood lead many to assume that aging automatically brings poor health and mental decline. These stereotypes are reflected in everyday conversations, the media and even in greeting cards (Overstreet, 2006). The following examples serve to illustrate.

1) Grandpa, fishing pole in one hand, pipe in the other, sits on the ground and completes a story being told to his grandson with “. . . and that, Jimmy, is the tale of my very first colonoscopy.” The message inside the card reads, “Welcome to the gross personal story years.” (Shoebox, A Division of Hallmark Cards.)

2) An older woman in a barber shop cuts the hair of an older, dozing man. “So, what do you say today, Earl?” she asks. The inside message reads, “Welcome to the age where pretty much anyplace is a good place for a nap.” (Shoebox, A Division of Hallmark Cards.)

3) A crotchety old man with wire glasses, a crumpled hat, and a bow tie grimaces and the card reads, “Another year older? You’re at the age where you should start eatin’ right, exercisin’, and takin’ vitamins . . .” The inside reads, “Of course you’re also at the age where you can ignore advice by actin like you can’t hear it.” (Hallmark Cards, Inc.)

Figure 1. Word used to describe older adults are often negative and biased. Research by the Australain Human Rights Commusion polled people on the following question: “Thinking about everything you see and hear in the media (including on TV, online, on the radio and in newspapers and magazines), how does the media portray older people?” Their responses are listed here, with the larger words being listed more often. Retrieved from the https://www.humanrights.gov.au/our-work/chapter-4-role-and-influence-media.

Of course, these cards are made because they are popular. Age is not revered in the United States, and so laughing about getting older is one way to get relief. The attitudes above are examples of ageism, prejudice based on age. Ageism is prejudice and discrimination that is directed at older people. This view suggests that older people are less in command of their mental faculties. Older people are viewed more negatively than younger people on a variety of traits, particularly those relating to general competence and attractiveness. Stereotypes such as these can lead to a self-fulfilling prophecy in which beliefs about one’s ability results in actions that make it come true. 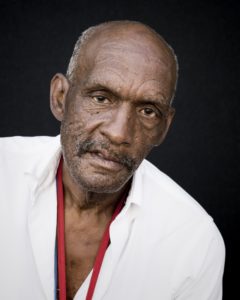 Figure 2. What comes to mind when you think about a person over the age 65? Do you view this picture of an older gentleman as positive or negative, capable and independent or frail and needing assistance?

Ageism is a modern and predominately western cultural phenomenon—in the American colonial period, long life was an indication of virtue, and Asian and Native American societies view older people as wise, storehouses of information about the past, and deserving of respect. Many preindustrial societies observed gerontocracy, a type of social structure wherein the power is held by a society’s oldest members. In some countries today, older adults still have influence and power and their vast knowledge is respected, but this reverence has decreased in many places due to social factors. A positive, optimistic outlook about aging and the impact one can have on improving health is essential to health and longevity. Removing societal stereotypes about aging and helping older adults reject those notions of aging is another way to promote health in older populations.

In addition to ageism, racism is yet another concern for marginalized populations as they age. The number of Black Americans above the age of 65 is projected to grow from around 4 million now to 12 million by 2060. Racism towards Black people and other marginalized groups throughout their lifetime results in many older marginalized people having fewer resources, more chronic health conditions, and significant health disparities when compared to older white Americans. Racism towards older adults from diverse backgrounds has resulted in them having limited access to community resources such as grocery stores, housing, health care providers, and transportation.[1]

Nursing homes have been publicized as places where older adults are at risk of abuse. Abuse and neglect of nursing home residents is more often found in facilities that are run down and understaffed. However, older adults are more frequently abused by family members. The most commonly reported types of abuse are financial abuse and neglect. Victims are usually very frail and impaired and perpetrators are usually dependent on the victims for support. Prosecuting a family member who has financially abused a parent is very difficult. The victim may be reluctant to press charges and the court dockets are often very full resulting in long waits before a case is heard. “Granny dumping” or the practice of family members abandoning older family members with severe disabilities in emergency rooms is a growing problem; an estimated 100,000 and 200,000 are dumped each year (Tanne in Berk, 2007).

This clip from the Big Think examines some of the negative prejudices towards older adults.

You can view the transcript for “Ageism in the USA: The paradox of prejudice against the elderly” here (opens in new window).

You can watch another video from Ashton Applewhite in this TED talk “Let’s End Ageism.”

ageism:
discrimination based on age
gerontocracy:
a type of social structure wherein the power is held by a society’s oldest members