We have just learned about some of the various models and objectives of research in lifespan development. Now we’ll dig deeper to understand the methods and techniques used to describe, explain, or evaluate behavior.

All types of research methods have unique strengths and weaknesses, and each method may only be appropriate for certain types of research questions. For example, studies that rely primarily on observation produce incredible amounts of information, but the ability to apply this information to the larger population is somewhat limited because of small sample sizes. Survey research, on the other hand, allows researchers to easily collect data from relatively large samples. While this allows for results to be generalized to the larger population more easily, the information that can be collected on any given survey is somewhat limited and subject to problems associated with any type of self-reported data. Some researchers conduct archival research by using existing records. While this can be a fairly inexpensive way to collect data that can provide insight into a number of research questions, researchers using this approach have no control on how or what kind of data was collected.

Observational studies, also called naturalistic observation, involve watching and recording the actions of participants. This may take place in the natural setting, such as observing children at play in a park, or behind a one-way glass while children are at play in a laboratory playroom. The researcher may follow a checklist and record the frequency and duration of events (perhaps how many conflicts occur among 2-year-olds) or may observe and record as much as possible about an event as a participant (such as attending an Alcoholics Anonymous meeting and recording the slogans on the walls, the structure of the meeting, the expressions commonly used, etc.). The researcher may be a participant or a non-participant. What would be the strengths of being a participant? What would be the weaknesses?

In general, observational studies have the strength of allowing the researcher to see how people behave rather than relying on self-report. One weakness of self-report studies is that what people do and what they say they do are often very different. A major weakness of observational studies is that they do not allow the researcher to explain causal relationships. Yet, observational studies are useful and widely used when studying children. It is important to remember that most people tend to change their behavior when they know they are being watched (known as the Hawthorne effect) and children may not survey well.

Case studies involve exploring a single case or situation in great detail. Information may be gathered with the use of observation, interviews, testing, or other methods to uncover as much as possible about a person or situation. Case studies are helpful when investigating unusual situations such as brain trauma or children reared in isolation. And they are often used by clinicians who conduct case studies as part of their normal practice when gathering information about a client or patient coming in for treatment. Case studies can be used to explore areas about which little is known and can provide rich detail about situations or conditions. However, the findings from case studies cannot be generalized or applied to larger populations; this is because cases are not randomly selected and no control group is used for comparison. (Read The Man Who Mistook His Wife for a Hat by Dr. Oliver Sacks as a good example of the case study approach.) 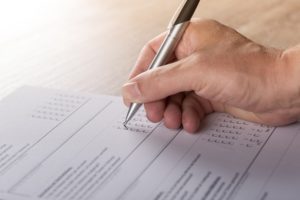 Figure 1. A survey is a common tool for collecting research data.

Surveys are familiar to most people because they are so widely used. Surveys enhance accessibility to subjects because they can be conducted in person, over the phone, through the mail, or online. A survey involves asking a standard set of questions to a group of subjects. In a highly structured survey, subjects are forced to choose from a response set such as “strongly disagree, disagree, undecided, agree, strongly agree”; or “0, 1-5, 6-10, etc.” Surveys are commonly used by sociologists, marketing researchers, political scientists, therapists, and others to gather information on many variables in a relatively short period of time. Surveys typically yield surface information on a wide variety of factors, but may not allow for an in-depth understanding of human behavior.

Of course, surveys can be designed in a number of ways. They may include forced-choice questions and semi-structured questions in which the researcher allows the respondent to describe or give details about certain events. One of the most difficult aspects of designing a good survey is wording questions in an unbiased way and asking the right questions so that respondents can give a clear response rather than choosing “undecided” each time. Knowing that 30% of respondents are undecided is of little use! So a lot of time and effort should be placed on the construction of survey items. One of the benefits of having forced-choice items is that each response is coded so that the results can be quickly entered and analyzed using statistical software. The analysis takes much longer when respondents give lengthy responses that must be analyzed in a different way. Surveys are useful in examining stated values, attitudes, opinions, and reporting on practices. However, they are based on self-report, or what people say they do rather than on observation, and this can limit accuracy. Validity refers to accuracy and reliability refers to consistency in responses to tests and other measures; great care is taken to ensure the validity and reliability of surveys.

In this video, Harvard psychologist Dan Gilbert explains survey research that was conducted to explore the way our preferences change over time.

You can view the transcript for “The psychology of your future self | Dan Gilbert” here (opens in new window).

Content analysis involves looking at media such as old texts, pictures, commercials, lyrics or other materials to explore patterns or themes in culture. An example of content analysis is the classic history of childhood by Aries (1962) called “Centuries of Childhood” or the analysis of television commercials for sexual or violent content or for ageism. Passages in text or television programs can be randomly selected for analysis as well. Again, one advantage of analyzing work such as this is that the researcher does not have to go through the time and expense of finding respondents, but the researcher cannot know how accurately the media reflects the actions and sentiments of the population.

Secondary content analysis, or archival research, involves analyzing information that has already been collected or examining documents or media to uncover attitudes, practices or preferences. There are a number of data sets available to those who wish to conduct this type of research. The researcher conducting secondary analysis does not have to recruit subjects but does need to know the quality of the information collected in the original study. And unfortunately, the researcher is limited to the questions asked and data collected originally.

U.S. Census Data is available and widely used to look at trends and changes taking place in the United States (visit the United States Census website and check it out). There are also a number of other agencies that collect data on family life, sexuality, and on many other areas of interest in human development (go to the NORC at the University of Chicago website or the Henry J Kaiser Family Foundation website and see what you find.).

case study:
exploring a single case or situation in great detail. Information may be gathered with the use of observation, interviews, testing, or other methods to uncover as much as possible about a person or situation
content analysis:
involves looking at media such as old texts, pictures, commercials, lyrics or other materials to explore patterns or themes in culture
Hawthorne effect:
individuals tend to change their behavior when they know they are being watched
observational studies:
also called naturalistic observation, involves watching and recording the actions of participants
reliability:
when something yields consistent results
secondary content analysis:
archival research, involves analyzing information that has already been collected or examining documents or media to uncover attitudes, practices or preferences
survey:
asking a standard set of questions to a group of subjects
validity:
when something yields accurate results