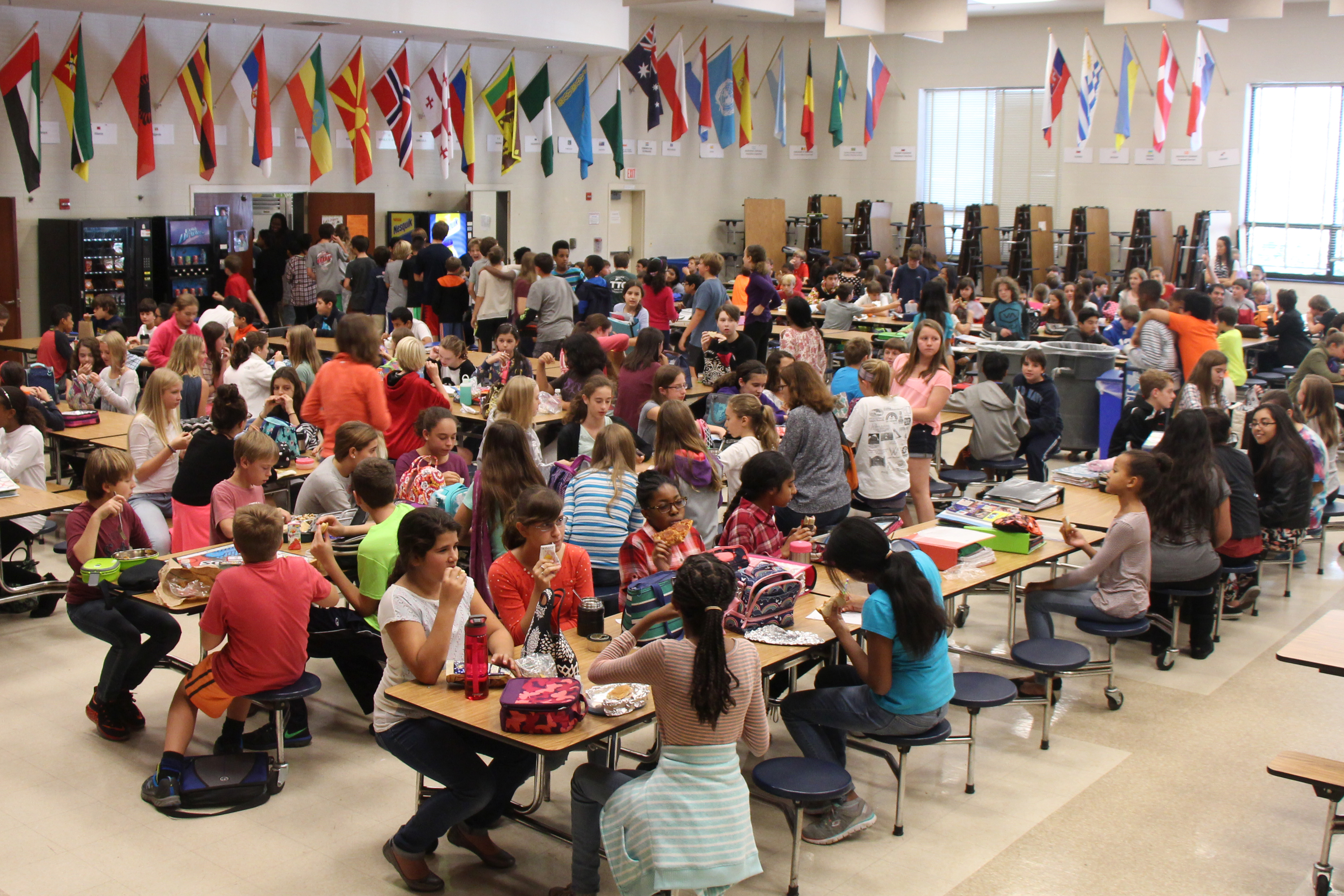 Adolescents spend more waking time in school than in any other context (Eccles & Roeser, 2011). Secondary education is traditionally grades 7-12 and denotes the school years after elementary school (known as primary education) and before college or university (known as tertiary education). Adolescents who complete primary education (learning to read and write) and continue on through secondary and tertiary education tend to also have better health, wealth, and family life (Rieff, 1998).[1] Because the average age of puberty has declined over the years, middle schools were created for grades 5 or 6 through 8 as a way to distinguish between early adolescence and late adolescence, especially because these adolescents differ biologically, cognitively and emotionally and definitely have different needs.

Transition to middle school is stressful and the transition is often complex. When students transition from elementary to middle school, many students are undergoing physical, intellectual, social, emotional, and moral changes (Parker, 2013). [2] Research suggests that early adolescence is an especially sensitive developmental period (McGill et al., 2012).[3] Some students mature faster than others. Students who are developmentally behind typically experience more stress than their counterparts (U.S. Department of Education, 2008).[4] Consequently, they may earn lower grades and display decreased academic motivation, which may increase the rate of dropping out of school (U.S. Department of Education, 2008). For many middle school students, academic achievement slows down and behavioral problems can increase.

Regardless of a student’s gender or ethnicity, middle school is challenging. Although young adolescents seem to desire independence, they also need protection, security, and structure (Brighton, 2007).[5] Baly, Cornell, & Lovegrove (2014) found that bullying increases in middle school, particularly in the first year.[6] Additionally, unlike elementary school, concerns arise regarding procedural changes. Just when egocentrism is at its height, students are worried about being thrown into an environment of independence and responsibility. They are expected to get to and from classes on their own, manage time wisely, organize and keep up with materials for multiple classes, be responsible for all classwork and homework from multiple teachers, and at the same time develop and maintain a social life (Meece & Eccles, 2010).[7] Students are trying to build new friendships and maintain ones they already have. As noted throughout this module, peer acceptance is particularly important.

Another aspect to consider is technology. Typically, adolescents get their first cell phone at about age 11 and, simultaneously, they are also expected to research items on the Internet. Social media use and texting increase dramatically and the research finds both harm and benefits to this use (Coyne et al., 2018).[8]

Bullying is unwanted, aggressive behavior among school aged children that involves a real or perceived power imbalance. The behavior is repeated, or has the potential to be repeated, over time. Both kids who are bullied and who bully others may have serious, lasting problems. It is a prevalent problem during the middle and high school years, exacerbated by access to technology and the means to easily spread damaging information online. These are some key statistics about bullying from StopBullying.gov:

Many organizations, schools, teachers, parents, and lawmakers are working to address the issue of bullying. One example is that of ReThink, a technology designed by teenager Trisha Prabhu to recognize bullying online and encourage posters to reconsider their behavior (watch Trisha Prabhu’s TED talk)

As adolescents enter into high school, their continued cognitive development allows them to think abstractly, analytically, hypothetically, and logically, which is all formal operational thought. High school emphasizes formal thinking in attempt to prepare graduates for college where analysis is required. Overall, high school graduation rates in the United States have increased steadily over the past decade, reaching 83.2 percent in 2016 after four years in high school (Gewertz, 2017).[10] Additionally, many students in the United States do attend college. Unfortunately, though, about half of those who go to college leave without a degree (Kena et al., 2016).[11] Those that do earn a degree, however, do make more money and have an easier time finding employment. The key here is understanding adolescent development and supporting teens in making decisions about college or alternatives to college after high school.

What do you think, is college necessary? Is it worth the investment? Read the article “Is College Necessary?” from Psychology Today geared towards parents who can help their teenager decide if college is right for them.

Academic achievement during adolescence is predicted by interpersonal (e.g., parental engagement in adolescents’ education), intrapersonal (e.g., intrinsic motivation), and institutional (e.g., school quality) factors. Academic achievement is important in its own right as a marker of positive adjustment during adolescence but also because academic achievement sets the stage for future educational and occupational opportunities. The most serious consequence of school failure, particularly dropping out of school, is the high risk of unemployment or underemployment in adulthood that follows. High achievement can set the stage for college or future vocational training and opportunities.

bullying:
unwanted, aggressive behavior that involves a real or perceived power imbalance
middle school:
a school for children in the grades between elementary school and high school. Middle school usually begins with grade 6 and ends with grade 8
secondary education:
the period after primary education (elementary or grade school) and before tertiary education (college). It usually occurs from about ages 12 to 18, although there is some variation by school and by nation