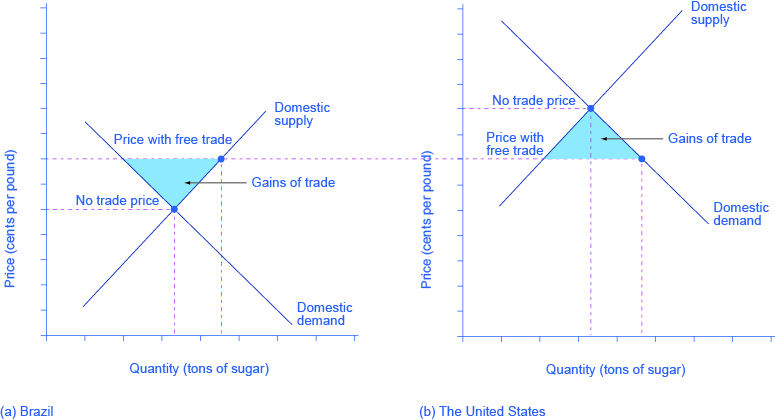 Figure 1. Free trade results in gains from trade. Total surplus increases in both countries. However, there are clear income distribution effects.

Free trade typically results in income distribution effects, but the key is to recognize the overall gains from trade, as shown in Figure 1. Building on the concepts you have already learned about supply and demand and consumer and producer surplus, Figure 1(a) shows that producers in Brazil gain by selling more sugar at a higher price, while Figure 1(b) shows consumers in the United States benefit from the lower price and greater availability of sugar. Consumers in Brazil are worse off (compare their no- trade consumer surplus with the free-trade consumer surplus) and U.S. producers of sugar are worse off. There are gains from trade—an increase in social surplus in each country. That is, both the United States and Brazil are better off than they would be without trade. 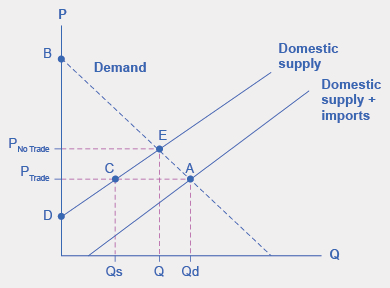